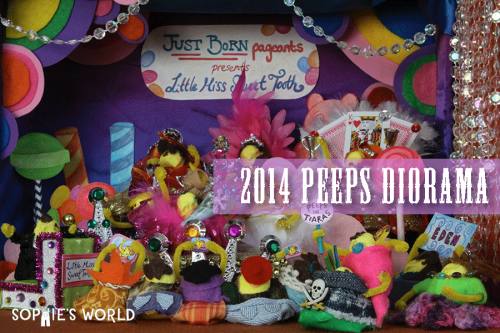 I so enjoyed making my Peeps diorama, Peep T. Barnum’s Circus Sideshow last year, I decided to make another. This year, in celebration of TLC’s cancellation of the program Toddlers in Tiaras, I created “Peeps in Tiaras, The Little Miss Sweet Tooth Pageant.”

The diorama is made in a shoe box that had an attached lid. I reinforced the box by hot gluing another piece of cardboard below. I then covered all sides of the box with fabric and added a wall to one side. Once the basic structure was formed I made the stage by covering two spaghetti boxes with fabric. The back riser is a few fabric covered soap boxes. 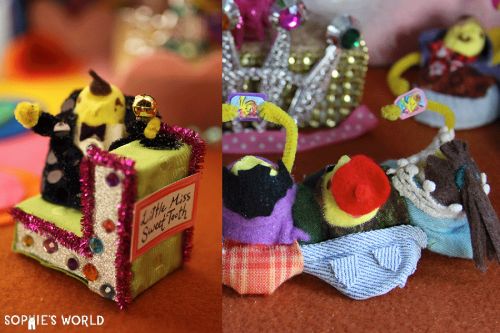 The first Peep I made was the pageant’s Emcee, a tuxedo wearing peep at a flashy podium. This turned out to be one of my favorites. He addresses an eager audience of onlookers as they watch and take iPhone photos of the Ultimate Grand Supreme being crowned. The winner is based on Eden Wood, who retired from pageants at age 6. She has some loyal fans in the audience cheering on her victory.

I made sure to give all my pageant peeps some trophies, because in my world everybody wins something every time. 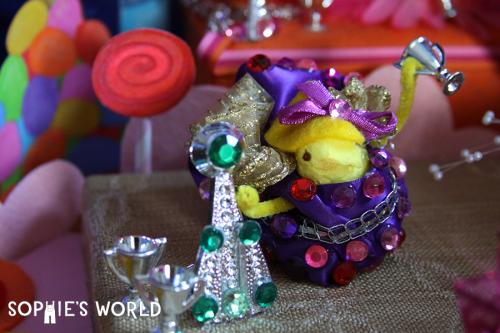 Other peeps featured in the pageant are wearing high glitz gowns of feathers, sequins and even a Las Vegas themed showgirl outfit. 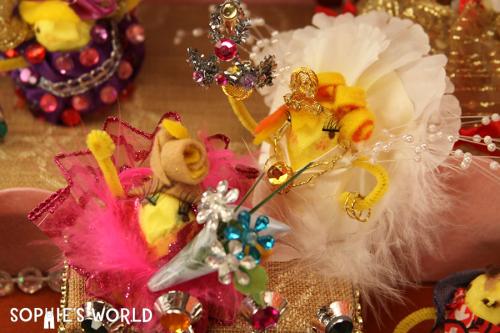 I had a blast creating this diorama and can’t wait to create another one next year. This diorama is on display at Powell's Sweet Shoppe in Burlingame, CA until Easter. 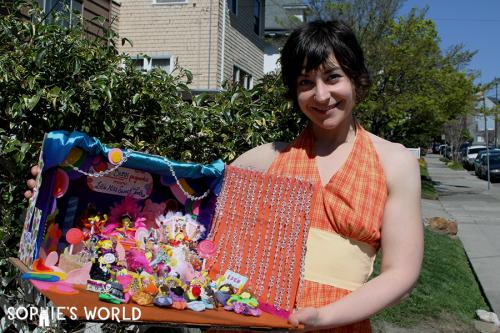 If you are in the area and want to see it in person.