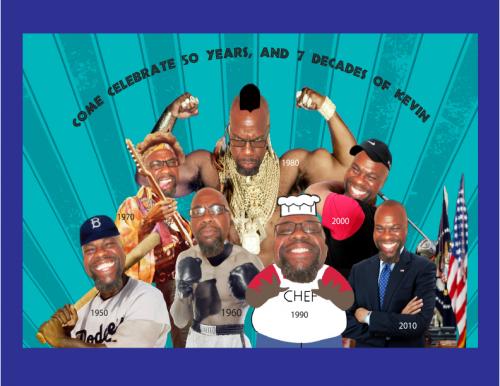 If you read my blog, you may remember a few posts I did some years back about parties that left big impressions on me.  One was about a Party with Heart and the second was A Party with Vision.  In the latter post, I commented on how one of the most rewarding aspects of owning your own business is having awesome clients.  The other side of the coin, however is that having your own business means you also have employees.

I have been blessed with some amazing employees over the years.  Those who have stuck through the good times, the bad times, the crazy times, the lean times, and all the in-between times.  I consider these employees not only friends, but family.  So when my one of my longest tenured, beloved employee said he wanted to celebrate his 50th with flair, I was right there with him. What better way to be to show a man I respect and value how much he means than to help him plan and execute an amazing milestone birthday party. 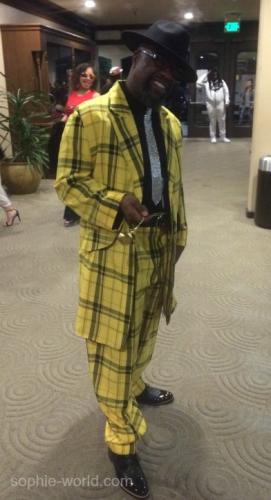 Meet Kevin. Kevin is a ton of fun. He’s more competitive than the kids at our parties. His teams are almost always the winners, even if they cheat...ahem...but I digress! I wasn’t the least bit surprised when he texted me one day saying his party needed a theme.  This was the big 5-OH. It had to be big. 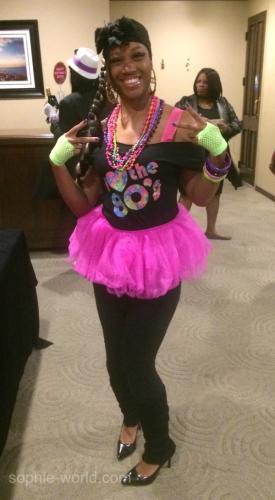 We decided it would be fun to celebrate the 7 decades of Kevin's life (we threw in the 50’s because he was turning 50).  Guests were encouraged to dress as their favorite decade and to study up on their historical trivia.  Kevin has been alive for many, many historical eras amd events. There was certainly plenty of fodder for costumes and trivia 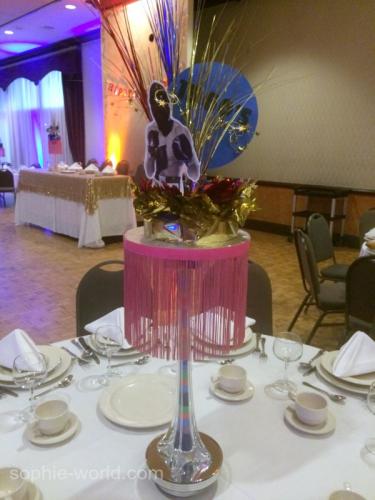 To set the mood I created an invitation that featured Kevin’s head transposed onto the bodies of icons from each decade; Jackie Robinson, Muhammad Ali, Jimi Hendrix, Mr. T, Chef from South Park, Tiger Woods, and Barack Obama.  We then used those images for each centerpiece.  My sister Freda created amazing 60’s inspired bases that resembled Andy Warhol lampstands.  On top of each fringe surrounded base she created a small shrine, or homage, to the icon and decade.  They featured a double-sided, enlarged photo and a circle declaring the decade.   To add a bit of 70’s kitch, we placed the centerpieces on turning mirrored bases, and lit the room in hues of pink and blue. 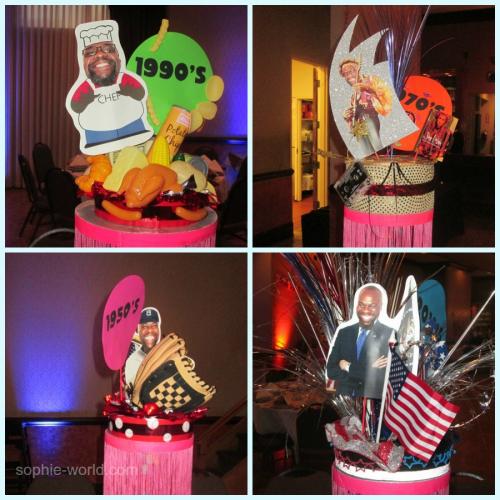 To get everyone to their seats we used personalize mini bottles of champagne.  Using my beloved Cricut, and my favorite label company, I was able to easily create an eye catching entry. 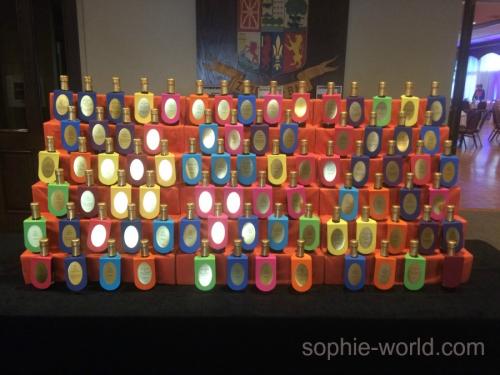 Each bottle hanger was color coordinated to match the decade/table to which the guest was assigned.  The guests loved that their table card was actually a gift and not just a piece of paper that would end up tossed. 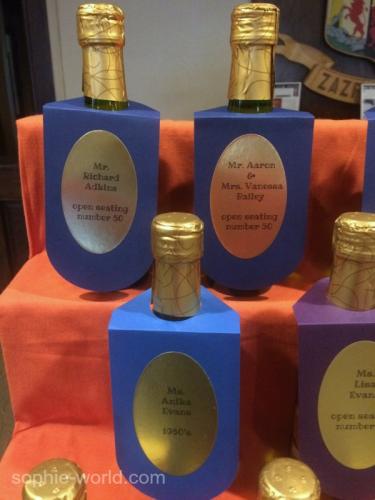 Kevin has a great friend who is an amazing DJ who kept the party moving. For additional entertainment we  hosted not only a trivia challenge (the 1970’s won by a landslide - where his sister was seated), but a full out costume contest.  I have to say, the costumes were off the hook.  It was darn near impossible to whittle it down to 10 winners.  As soon as the contests were over, DJ Marcus started pumping the music and the line dancing began!  I would have sworn I had been transported back in time to Studio 57, had it not been Flo Rida keeping the beat. 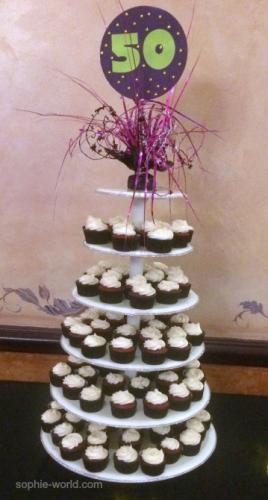 Hundreds of selfies later, after the cupcake tower and the candy bar had been devoured, I hugged our Birthday boy and sent him home.

I figured for one night I wouldn’t make him clean up after a party!