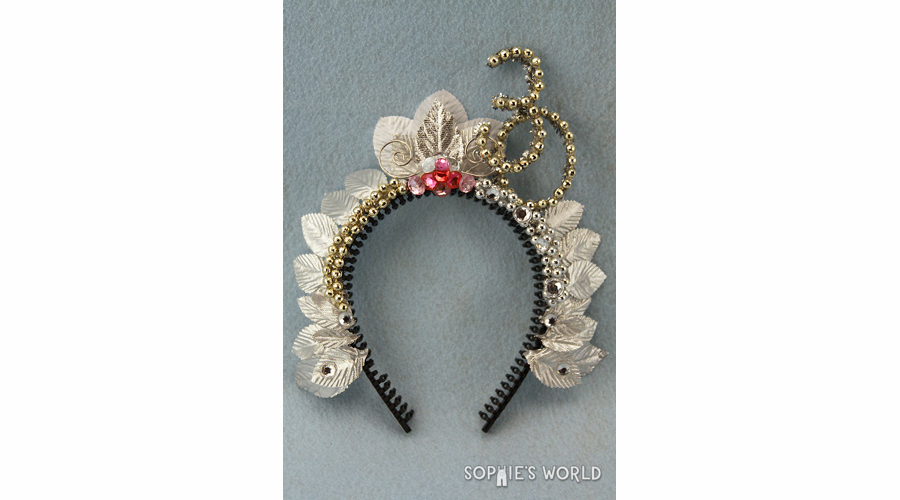 Sophie's sister Freda retells the story of a close friend celebrating her 30th birthday in a Latin style - a treinta-era.

Last time I was in Louisville visiting with my future husband's friends and family, our friend Kim told me about her impending 30th birthday. All things party-related intrigue me, and what she started to describe thrilled me. 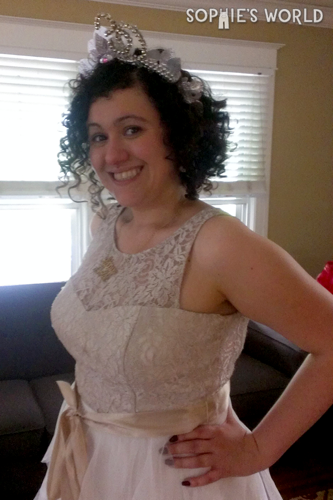 She is half-Mexican and has always regretted not having a Quinceanera. For those of you who may be unfamiliar with “Quinces,” they are a huge coming-of-age event in Mexican culture, much like American girls have a “Sweet 16” (except Mexican girls have the party at 15). They are huge, elaborate affairs as fancy as weddings, where the girl has a beautiful cupcake dress, tiara, and a court of seven girls and seven boys. They learn dances and perform them for the guests. It is a big ol’ to-do. I know all about them because we did one years ago and I had to attend all the dance rehearsals and dress fittings along the way. It was something else! 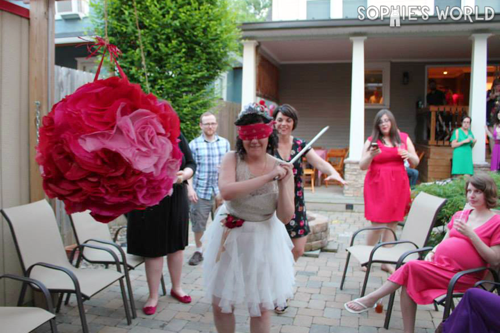 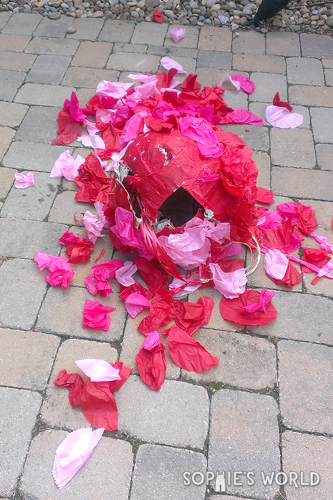 Kim never had one of these blowout parties, and now, as an adult with the means to throw herself an incredible party, she thought, why not! Hence the creation of the “Trienta-nera." Immediately I offered to make her a crown. No queen can have a party without one! Our friend Sarah, who is an amazing baker, made her a gorgeous cake and I made the topper for the cake as well. I wish I could have been there for the actual party, but living in California it was too hard to get back to Kentucky so soon. 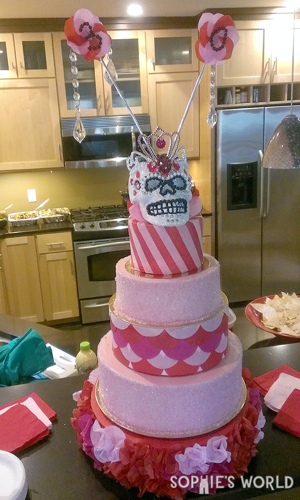 I wanted to show you how I made the Day of the Dead-themed topper because it was super simple and maybe something you would like to try.

First, I raided my sister’s pirate box and found an old skull she wouldn’t miss. Then I covered it with a coat of white enamel paint to seal it and make it uniform in color.

After drying, I coated a small area at a time with Mod Podge and sprinkled iridescent white glitter on the Mod Podged area. This process took about 10 minutes to coat the whole thing, working in 3 inch sections at a time. 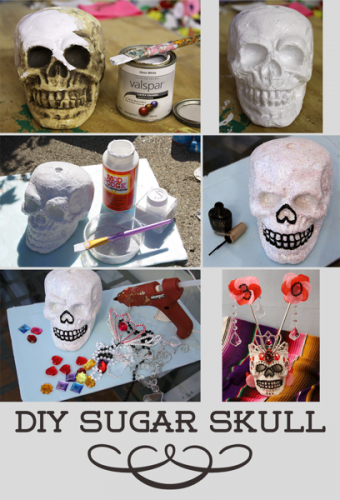 I let the skull totally dry and then used black nailpolish to outline the mouth and nose. The polish worked great, although if you were doing this project I would recommend using black enamel paint!

After this dried, I basically just went to town on the skull with a bunch of jewels, old jewelry, and a hot glue gun. I was pretty happy with the result and from the photos of the cake it turned out great! 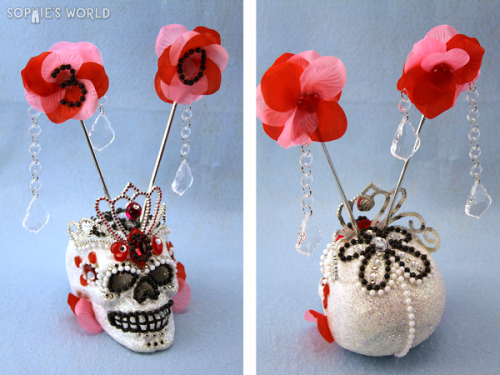 When I asked Kim about her experience with the event, this was what she wrote:

My idea for the party was that I just wanted a reason to have all of my friends dress up and spend time together. This was a pretty non-traditional Quince. I scrapped the choreographed dancing, the prayers, and I didn’t have proper court introductions. It was mostly due to time constraints and travel limitations for people I’d asked to be in my court. Instead, I kept a candle-lighting ceremony and gave a talk about each person in the court. I hate public speaking, so it was a little nerve-wracking, but hey, that’s what becoming a woman is! Instead, we focused on feeding and having libations and a pretty atmosphere for everyone to visit. My friend Sarah basically catered the event held at my wonderful friends Stephanie and Craig’s home. 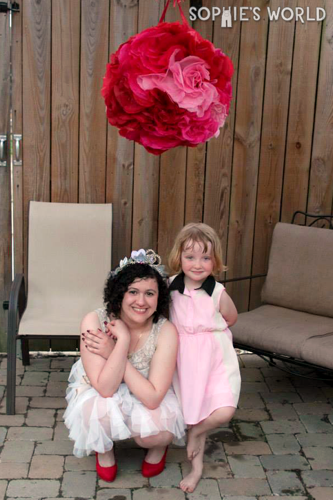 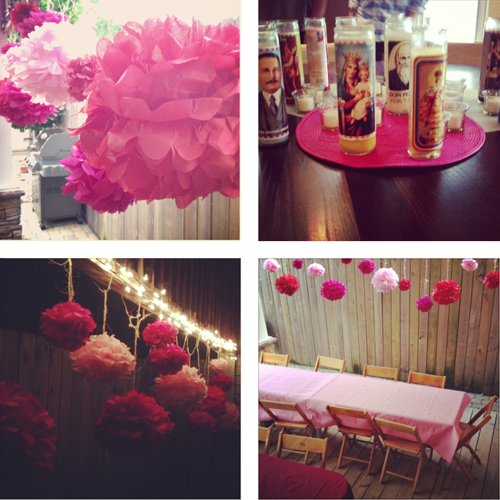 All in all, it sounds like it was an amazing party for an amazing woman!