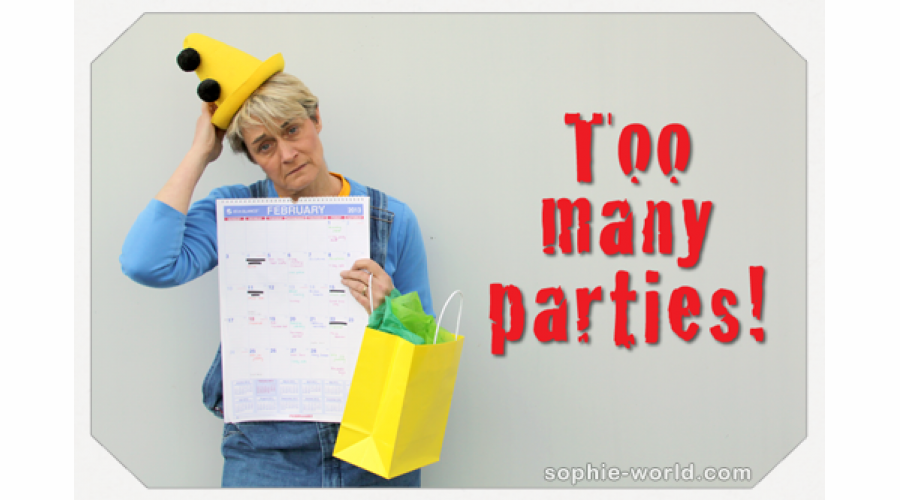 <p>Are we over-celebrating with our children?</p>

At the risk of shooting myself in the foot, I’m going to make a statement that might shock some people: I think that some kids get too many birthday parties. I realize that my party planning business’s clientele is not the norm, and that I live and work in a tiny pocket of the world that is privileged and sometimes trends towards excess... But when I see the same kid three times in one weekend, I can’t help but think that there may be too many parties.

I’m not making this up -- this happened to me recently! 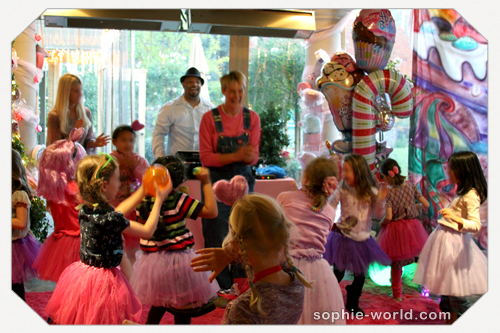 It started on a typical Saturday. The first party was a princess party in San Francisco from 10 a.m. to 12 noon, the second was a Scooby-Doo party in Marin from 3 p.m. to 5 p.m. The little girl guest’s mother and I had a laugh when they showed up at the second party and I was there. “You changed!” said the mom with a smile, noting that I had ditched my pink dress for a pair of nerdy glasses and black pageboy wig. The little girl, who had clearly been to soccer practice in between parties, still wore evidence of the morning’s party: a hair wrap, a stick-on jewel earring, and an armful of Disney Princess temporary tattoos. “I guess we can tell who’s popular around here,” I replied, plopping a pair of dog ears onto her daughter’s head.

But I wasn’t prepared for the next day, when at my Sunday morning party, the same little girl skipped in with her brightly-wrapped present and an even brighter smile. My eyes met the mom’s eyes and we silently agreed: this was more than a coincidence; her kid needed to slow down on the party scene or she was going to kill her poor mother! Her mom looked bedraggled and harried as she handed off her ward, then looked at me with glassy eyes and asked, “This is a drop-off, right?”

“Please tell me you don’t have another one this afternoon!” I said, as I placed my hand reassuringly on her arm and steered her toward the exit. “No,” she said with a sigh. “This party actually overlaps with the afternoon party, so I put my foot down and made her decide between one or the other.” My mouth fell open. “You’re not serious,” I said with total disbelief. “Four in one weekend?”

She nodded sadly, then looked over my shoulder to make sure her daughter was engaged in getting her face painted. “She’s got one of those all-inclusive schools, where everyone has to be invited to everything. Then add the soccer team, the drama class, and Tae Kwon Do, and before you know it, every weekend is a party weekend.”

“You need a party car service,” I said.

“Yeah, and take out stock in Toys ‘R Us,” she smiled weakly. “See you in two hours.”

As I watched her leave I felt terrible. When I was a kid, I had three big parties: one when I was 6, one when I was 12, and one when I was 21. And you know what? That was enough. Oh sure, I had family parties every year, and my special day was never ignored, believe me! But the notion of having a big birthday party every year, with classmates and themes and entertainment, never even crossed my mind. To tell you the truth, I don’t even remember being invited to all that many birthday parties. Before you start to psychoanalyze me and say that I am now over-compensating for my lack of parties as a child with my professional aspirations, I ask you to look back at your own childhood and remember the number of big parties you were invited to... 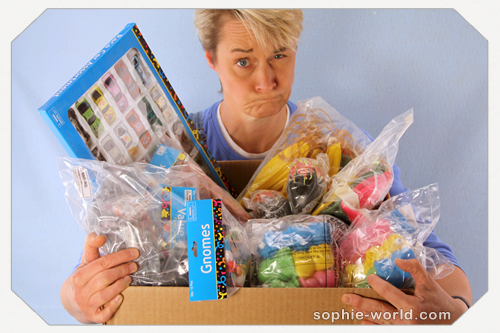 I just worry that we are overindulging and over-celebrating with our kids. Birthday parties have become big business with entire websites and stores dedicated solely to decor, invites, and goodies. My fear is that kids will become so jaded that they won’t be able to enjoy the simple pleasures that a party should bring: hanging out with friends, playing games, making little projects, eating forbidden treats -- all because they will be over-programmed by the time they are 8 years old. Don’t get me wrong, I love a good party. I love coming up with fun ideas that haven’t been done before, and I love the challenge of entertaining kids for two hours straight. However, when I start to see the same kids day after day, it makes me question whether or not we shouldn’t set a limit on the number of events we throw. Maybe it becomes an every-other year event, or just one for the big numbers, like 6, 10, 12... I’m not sure I have the answer, but if I could offer any solace to the parents out there, I’d like to do so now...

So to all you parents wondering if you are a bad parent for not hosting a blow-out party every year... “I absolve you!”