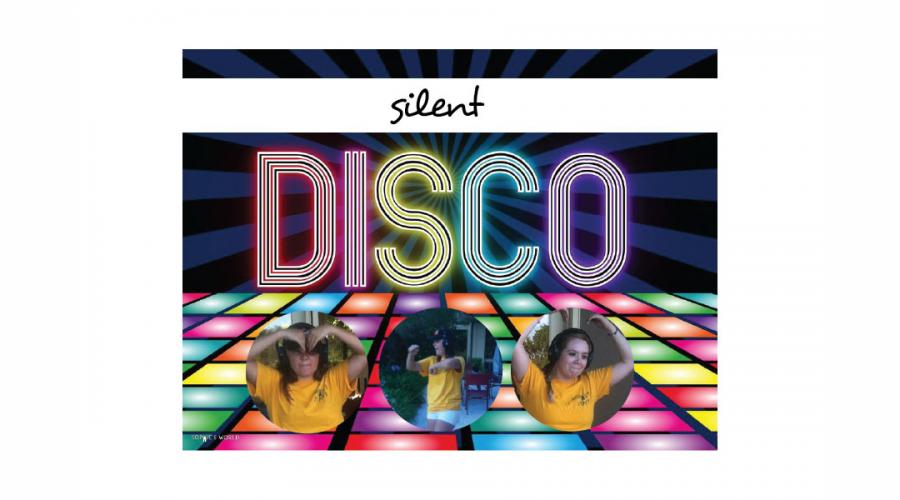 Recently I was speaking with my dear friend Miguel, a DJ.  He was bemoaning the fact that he had an upcoming party in a heavily residential area.  The location was a very cool little clubhouse. The bummer was the clubhouse has extremely strict noise restrictions and a very firm cut off time.  I totally get it. The clubhouse is smack dab in the middle of a very contained, very quiet neighborhood.  Why one would even consider holding a late night dance party there is beyond me. ”The caretaker literally walks around with a decibel meter for the entire party”, griped my friend. “Talk about buzz kill”.

However, leave it to technology to save the day!   At a recent birthday party I witnessed one of the craziest, coolest, musical trends ever...the silent disco.  We were cleaning up the party when I noticed the host family, a few guests, and my STAFF, were all bouncing around with their hands in the air, spelling out the letters “YMCA”.  I opened the door, expecting to hear blaring music.  There was silence.   The birthday girl ran over to me with a set of headphones.  I put them on and as soon as I was “plugged in” I couldn’t help but start bopping around as well.  The music literally consumes you once you put on the headphones. You feel connected to everyone around you by the beat. 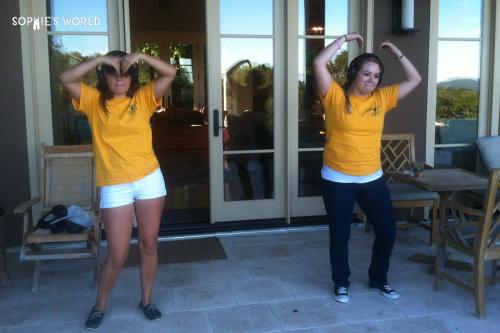 To find out more about this phenomenon I turned to another DJ friend of mine, Matt Haze.

What exactly is a silent disco?

Silent disco is a unique way of experiencing live music – whether it be from a DJ or even a live band. Guests wear wireless headphones and a silent atmosphere instantly transforms into a high-energy musical performance.

How does it work?

Instead of a speaker system, DJ's connect their audio output to a radio transmitter, which sends a signal to the headphones worn by event attendees. 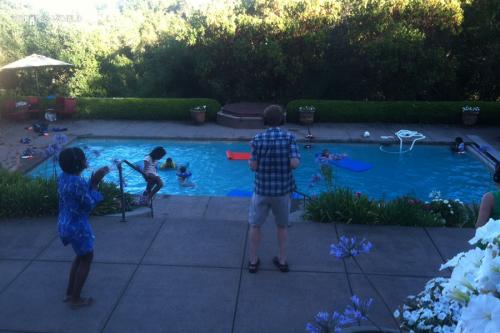 One of the unique elements of silent disco is that with advanced headphone technology, silent disco events can have up to three channels broadcasting simultaneously! So, you might be able to listen to a DJ playing 80's music on one channel, a band playing live bluegrass on another and someone doing standup comedy on a third channel! The audience gets to "choose their own adventure" and it's possible that you and the people around you will all be listening to different sounds. Sometimes, DJ's will have head-to-head battles to see who can get the most dancers to tune in to his or her own channel!

How long have you been using the silent disco?

I've been a resident DJ with HUSHconcerts (formerly Silent Frisco) since early 2012. I have performed on silent disco stages all over the US since then at festivals such as Bottle Rock, Lightning in a Bottle and High Sierra Music Festival. I've also DJ'ed lots of private silent disco parties which are loads of fun, too! 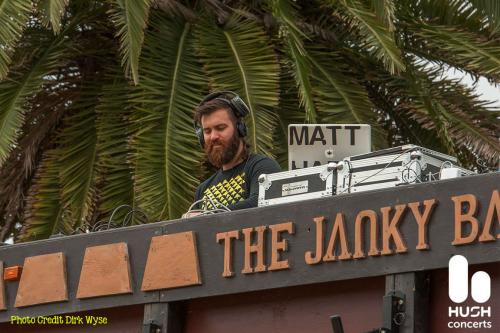 How many headphone sets do you own?

HUSHconcerts owns over 3,000 sets of silent disco headphones with more currently on the way from the manufacturer!

Can the DJ make announcements through the headphones, or is it just music?

Yes!!! Any kind of sound can be broadcast over a silent disco system.

What sort of reaction does the silent disco receive?

When people first hear of silent disco, they may be apprehensive or dubious of it. But once they give it a try, they are surprised at how incredibly fun and captivating the silent disco experience can be! I like to describe it as a "shared introspective experience". When people have headphones on, they feel much closer to the music and more at ease due to the fact that they have personal control over what they listen to and how, versus the DJ and band being in command at all time. This allows people to let loose, get silly and have a great time where they may not normally feel comfortable doing so. The fact that the silent disco movement has spread so far and wide to large-scale events such as Coachella and elsewhere around the world is a testament to the joy it brings to events guests.

Is it much more expensive to have a silent disco than a regular dj set up?

The short answer is it depends on a number of factors but the added benefits can make it a great value. One of the major added positives of using silent disco over a traditional DJ setup is that you can avoid the hassle and worry of sound curfews and decibel ordinances at your venue - particularly if you're hosting an outdoor event! Plus, guests can adjust their own volume to their preferred level, switch between multiple channels of programming or if they want to have a conversation, they simply remove the headphones and speak at a normal level instead of shouting over loud music. Plus, you're giving your guests a novel experience - one they'll be talking about long after the party ends!

If you want to learn more about Matt, or book your own silent disco with him, check out his website – moresf.com

I’m curious to see how this works in a large situation.  I wonder if guests will see this as a fun diversion.  Will they try it for a song or two, then take it off and find something else to do, or will they stick with it all night long? Do people end up shouting at each other when they want to converse, or do they come up with some sort of sign language to convey that they need to grab a drink or head to the loo?  How does an outsider know when they are playing their favorite song?  What happens when people start singing along to the song, does the room fill with a cacophony of off tune caterwauling?   I can't wait to experience this on a large scale!

I'm envisioning my next Bar/Bat Mitzvah. How about a silent Hora? Now that would be something to see!