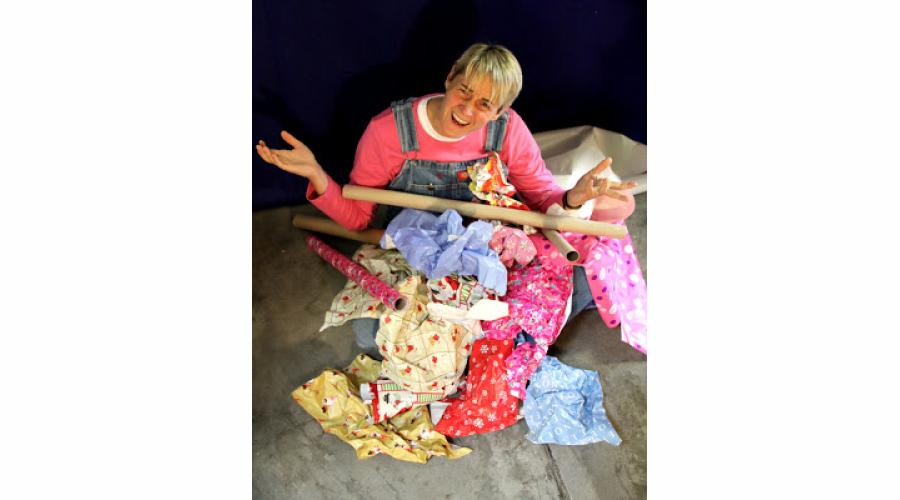 A new take on presents

Think outside teh box when giving presents to all of the children whose parties you attend.

Kids go to a lot of parties these days.

When I remember back to my days in school, we very rarely went to birthday parties. We had family parties, meaning we’d always be there to celebrate my cousins’ birthdays, but that was about it. There were a couple of high school parties that I remember, like the Sweet 16 party in my friend Kathy’s basement where I danced with this really handsome guy who was so tall my chin was practically in line with his belly button (and for those of you who don’t know, I’m no peanut -- I’m 5’9”!), but that was about it...

As a kids’ party planner, I find myself seeing a good number of kids over and over again, year after year. As I mentioned before, this is one of the joys of my biz: I get to watch these kids grow up over the years. It’s fun, but it really gets me thinking about the number of birthday parties that these children attend. Then I think of the parents of those kids... It’s a ton of time and money! I mean, unless you have a closet filled with toys appropriate for boys and girls of all assorted ages, then you are probably schlepping to some toy or department store at least once a month.

Actually, I do have one client who has four children, and believe it or not, she does have a small warehouse of toys organized by age, sex, and theme. She is one of those great shoppers, so when she sees items on sale or in bargain bins, she pics them up and adds them to her storehouse. Then, when a party invitation comes in, she lets the invited child go to the “closet store” (as they have so aptly named it) and pick out the gift that he or she thinks the birthday child would enjoy. The closet is then locked up, the present wrapped and labeled, and the kid is ready to attend the party. I think she also arranges a car pool to the party... She’s a very organized client...

Anyway... back to the actual point of writing this...

I recently did an event where the birthday boy chose to forgo gifts in lieu of a card (either hand made or store bought) and a $1.00 bill. The wording on the invite made it clear that the $1.00 was optional; I think it said something along the lines of:

Instead of a gift, I’d rather see
A card that was made from you to me
And if this idea makes you holler
Then you can include one crisp dollar!

The birthday boy then made himself a really cute, decorated box, with a slit cut in the top (much like a mailbox). As his friends arrived they slipped their card into the box.

Because I manned the welcome station, I was privy to the bevvy of amazing handmade (and some store bought) cards that came in. Some were intricate displays of scissor work, in which you could see the dollar peeking through as a kind of background color. Some were massive sticker fests that had become so textured and lumpy they barely fit through the box’s slot. Some simply featured hand-drawn marker figures, depicting something fun that the guest had recently done with the birthday boy. Each had its own personality and was definitely a thought-provoking creation.

I was speaking to the mom about the whole notion of including a single dollar instead of a big, full-blown, wrapped-up gift, and she explained that the birthday boy just really likes money. He likes the concept of it, and he likes the way he can then choose to do with it what he likes. Instead of the party ending in a maelstrom of ripped paper and ribbon, he happily sat and went through each card, sharing the artwork with his sister (who was quite an aficionado of children’s art), and stacking up his booty. He counted it, recorded it, then started planning what he wanted to do with it, whether to save it, spend it, or portion it out. In that way, he was able to make his gifts last longer, and the thrill of being in control of what he did with his money took on a life of its own that made the experience last way beyond his actual birthday.

Sure, I know what you’re thinking: “Oh, well, that’s just a banker in the making.” And sure, maybe you’re right -- maybe it’s in this kid’s matrix, but I think there is a really nice element here. I like the notion of making things more personalized (like with the cards) and less about glut (as it would have been with presents). I’ve been at some parties where the stack of presents was so high it took five grown men to load them out. At these parties, all I can think is, “Man, they are either going to need to give away all the toys they have already, or renovate their playroom!” I also like the notion that there isn’t all the waste that would normally be created by the wrapping paper and packaging.

I do realize that I might be shooting myself in the foot here; I mean, I survive in an industry that promotes glut! But I like the homespun nature of this concept, and I don’t think it would be such a bad thing if more folks tried it. I do think, however, that it needs to be something that the birthday child will embrace. I mean, some children love the act of ripping open their gifts, feeling the anticipation of what it could be, and the thrill of discovering what’s hidden inside. To take that away would be unfair.

I do think it would be fun to start exploring alternative ideas like this -- for our planet, for our kids, and for the sake of parental sanity! 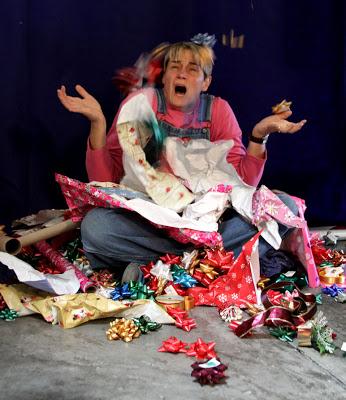