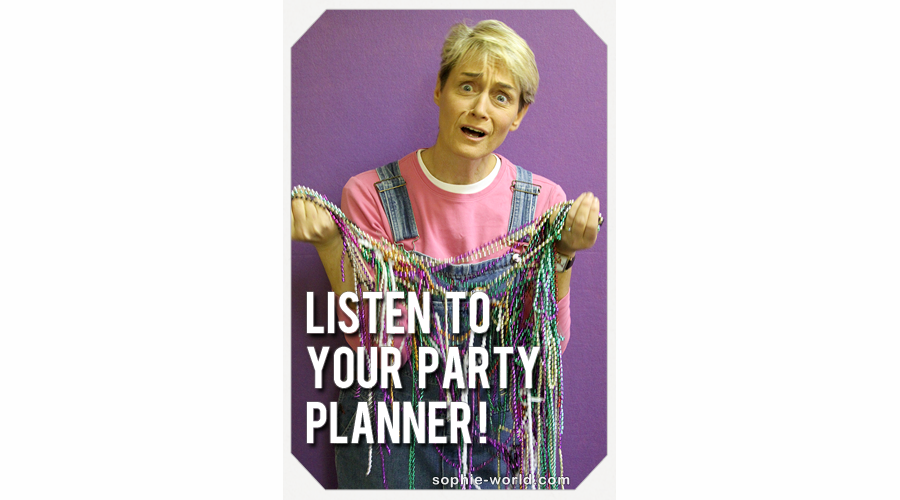 Listen to your party planner!

I know that as a party planner, I sometimes do things differently than other planners, and that my way is not always the only way something can be done. But I'm about to enter my 18th year in the business, so for the most part I can say that I know what I'm doing! I only want the best for my clients and their events, but sometimes it's frustrating when they don't trust my knowledge and experience in making their event the best that it can be. Case in point is an event we do every year around Christmas time.

It’s a lovely event for over 500 children and their families. Each year I provide all the supplies to make three craft projects, and one staff member per each of the two sessions to lead a team of over 20 volunteers in helping the kids with their crafts. It took me a few years to learn, but after a while I realized that the simpler I could make the craft, the easier it would be on my staff member. This year I really thought I nailed it with my craft. I had worked out a very, very simple way to use paper clips to attach adorable decorations to tiny little Christmas trees. All the volunteers needed to do was snip one end of a beaded necklace, twist open a paper clip, slip it on the end of the necklace, and allow the child to wrap the tree with their garland. A second clip was needed for the end. Subsequent miniature balls and decorations were added in the same manner: just open a clip and slip on the decoration. Easy! 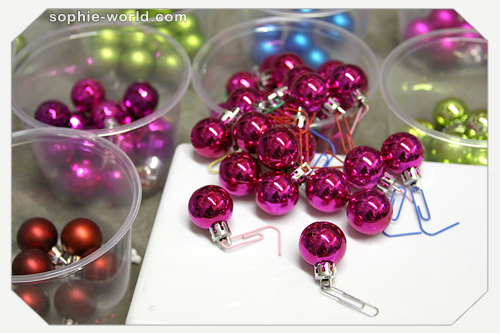 I instructed my staff leader to leave the opening of the clips and the cutting of the necklaces until just as they were needed. This was to keep the clips from tangling. I was very, very, very clear about this; stating several times that it only took 5 seconds to snip, open, and apply the paper clip, and that it wouldn’t save anyone any time if they tried to do them ahead of time. So you can understand my distress and utter disbelief when I viewed the returned materials after the party... 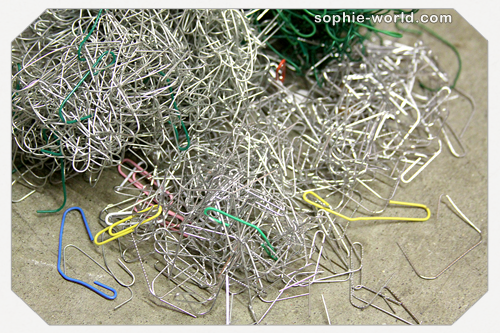 Evidently, one of the volunteers during the second shift decided to take it upon herself to open every single one of the 2,000 paper clips I had provided for the afternoon session. Not only that, but she had decided to instruct all the little lemmings to attach two clips to pre-cut necklaces... My assistant described it as a sort of “Lord of the Flies” moment, where they all turned from her tutelage and pledged allegiance to this one random volunteer. The ending result, as I'm sure you can easily guess, was a mass of tangled, unusable, glittering metal scraps. The worst part was that not being satisfied with ruining one box of paper clips, the crew had opened every single paper clip I had purchased, leaving nothing but a heap of twisted metal that resembled a badly-formed Ruth Asawa sculpture.

Upon viewing the massive mess, I was struck by a very deep sadness, as I realized just how frustrating it must have been for the children trying to decorate their trees. It’s very annoying to have spent the time to figure out a way to simplify the process, only to have it thrown aside. So to those of you who have hired a professional, one who knows their business and has a proven track record, don’t try and out-think them -- follow their directions. Otherwise, you too might just end up with a useless glittery mass of tangled dreams.