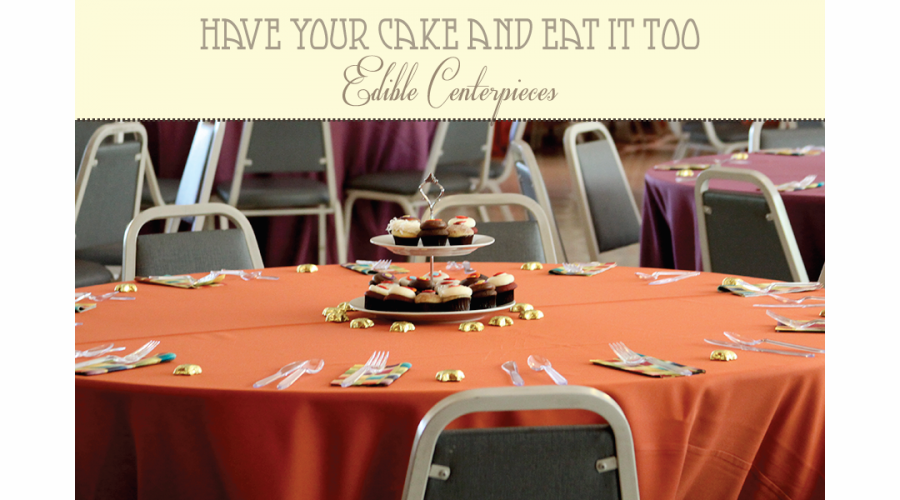 <p>Clever ideas and alternatives to edible arrangements for your next affair.</p>

Lately, in an effort to cut down on waste, a few of my clients have been turning to alternative centerpieces.  The trend of creating donate-able centerpieces has been around for some time, but in the past year or so I’ve noticed a new trend - the edible centerpiece.  As you have probably noticed, one of the fastest growing franchises right now creates “edible arrangements” - bouquets made of fruit. The arrangements are very pretty, with the fruit mimicking flowers. 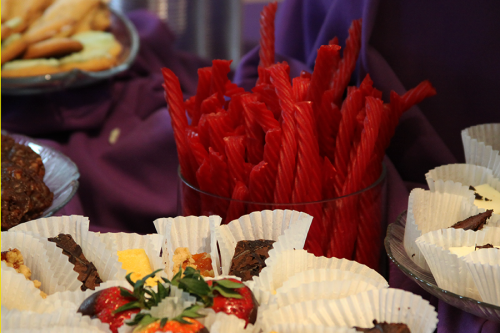 Chocolates and candy brighten any table

Clients looking for something that can not only serve as a central decor item, but also provide a nice dessert are turning to options such as cupcakes and candy. The great thing is that they look cute and people inevitably take them home, as opposed to flowers, which often get left behind.  My initial reaction was fear that kids would attack the centerpieces, and not eat their lunch.  However, I found this wasn’t as big an issue as I thought it would be.  In fact, people had to be encouraged to eat the centerpieces, but once the announcement was made, they got into it. 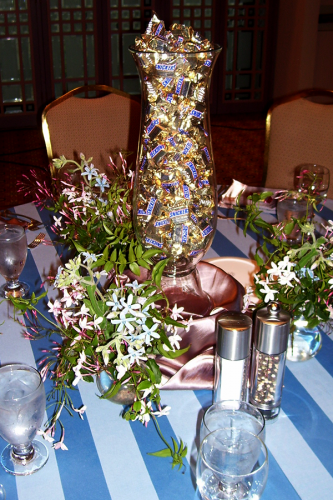 For a recent Mitzvah, I borrowed 2 tiered stands from the Temple, and arranged 24 mini cupcakes per stand. I then added a few chocolate stars around the outside, and called it done.  Very simple...very tasty.  Guests were encouraged to take little boxes of their favorite combinations home with them, and the client took home a large box for her brunch the next day, so not a single crumb was wasted. 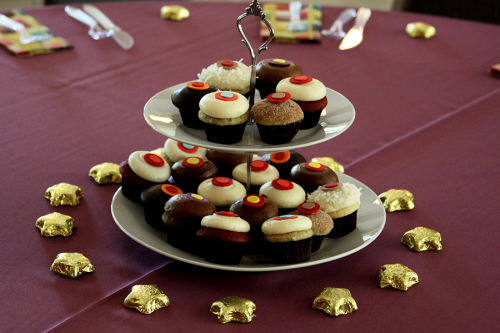 Candy, of course, is always a great centerpiece because it’s colorful and pretty.  These can be as simple as an array of pretty glassware filled with different vibrantly colored candies, or a bunch of big lollipops forming a field of sweetness. For a recent Mitzvah on a budget, I just filled an assortment of glass vases with tulle and propped 18 inch unicorn pops in the top - the effect was adorable. 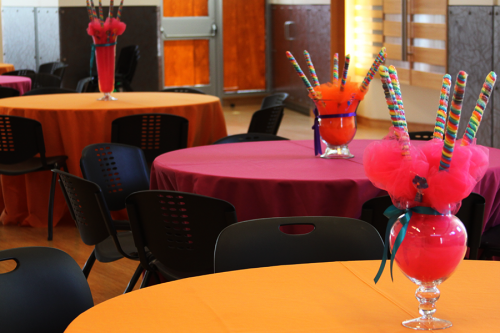 One client requested a centerpiece that could be dismantled on the spot, with each guest taking home one piece as a thank you.  I had seen these tinsley candy tubes called Wanderfuls years ago and thought they would be perfect.  However, upon contacting the company I found out they needed more time to create the centerpieces than I had, and so I came up with my own version.

To begin I needed some sort of tube.  You can purchase clear plastic tubes specifically for this type of candy giving.  However, I had all these leftover plastic test tubes from a halloween party I had done they turned out to be the perfect size.  To make the topper I used pretty colored tissue paper.  The Mitzvah gals colors were pink and green, so I made half in pink and half in green...that way we could have green tables, pink tables, and combination tables.  I filled each tube with one color of candy - green M&M’s or pink jellybeans -  and decided that all green candied tubes would get pink flowered toppers and vice versa.

To make the flowers:

1. Take tissue paper and cut it into 6 inch wide strips.

2. Fold each strip multiple times to create smaller strips that are 3 inches wide by 4 ½ inches long

3. Create the fringe by cutting 2 inch long slits every ¼ of an inch.  I made sure to snip a slit at every folded over edge.

4. Using scotch tape or glue, attach the strip to the top of the tube and roll, securing once again in the middle with a glue dot, and at the end.

To make the flowers stand, I simply filled a glass vase with rice (I could have used candy, but the cost would have gone up exponentially). I attached pretty pink and green ribbon around the container, so the rice was less noticeable.  Next, I simply placed the "flowers" in the rice and added a computer printed name plate.  The effect was charming, and people really enjoyed “plucking” their goodie from the bouquet.  We made a big deal out of announcing this over the loudspeaker, and people were surprised to find that the centerpiece came apart easily and was actually their take home treat. 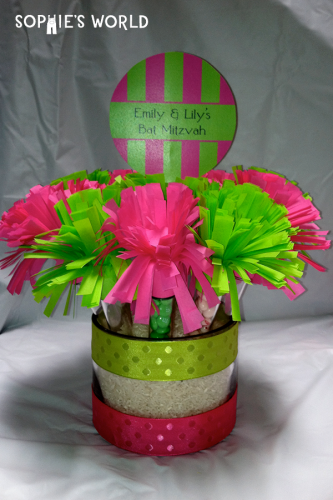 All in all, I love the notion of having a centerpiece do double duty. Something that is not only beautiful but can also be enjoyed and not wasted thrills me.  And best of all, it will help take a “bite” out of your budget!