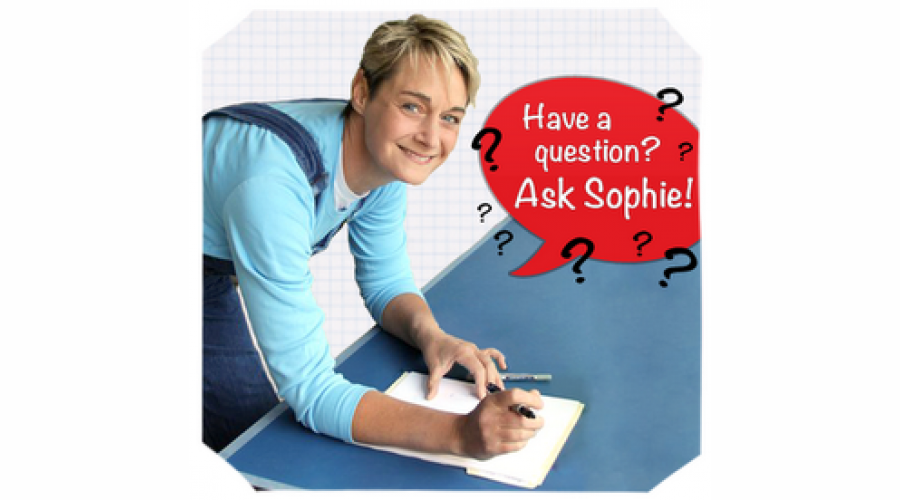 Sophie is asked what is your biggest party disaster

Out of the literally thousands of parties I’ve thrown, I’m very lucky to be able to count on only one hand the number of parties that became total disasters. Sure, I’ve had tons of parties where things went wrong, but the clients and the guests were none the wiser (see my blog about the candy cart...). There have been broken-down vehicles, locked rental spaces, collapsing cakes, forgotten supplies, late performers, birthday kid meltdowns, and many other times when I thought, “We’re never going to be able to pull this off!” But somehow, we always do. I credit this to my amazing team of dedicated workers, and the time we take preparing for each event.

However, there is one party that stands out in my mind as a complete and utter disaster. 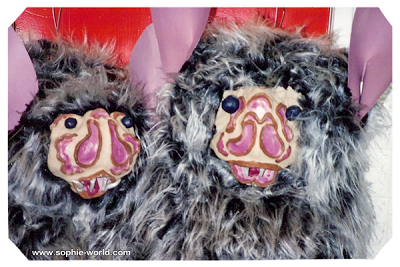 It was a Halloween party for a group of about 40 middle-school-aged boys. It was very, very early in my career, and I didn’t yet know I couldn’t do everything on my own. I had no real understanding of how a large group of boys can turn into a wolf pack when they sense weakness! It was the first party I’d ever done for that large a group, and the budget I was given was so minuscule that it barely covered the supplies I used to make the props. Still, my thinking was that I was building a bunch of great stuff that could be used at other events, so I’d come out ahead in the end. I spent every spare moment for four weeks building skulls, spiders, coffins, and bats out of paper mâché. Once that was done, it took two days to set everything up in the venue, but I was so excited about setting up my first haunted house that I didn’t mind. 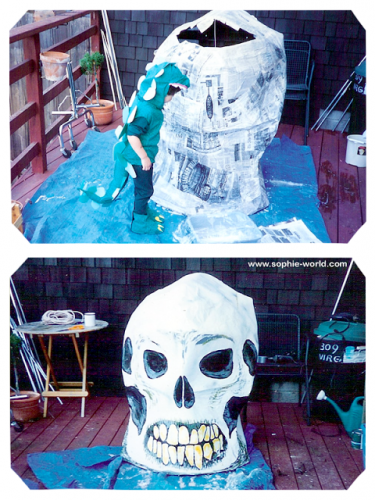 I thought I had everything planned out: the boys would arrive, and I would send them through the haunted house two at a time. While the other boys were waiting, they would work on their candy collection bags for the ghostly piñata and the trick or treating game that were to come. Red flags went up the minute the first boys arrived. They refused to decorate their bags, and instead began pulling down all the decorations I’d put up in the corridor. As more and more boys arrived, I realized I was outnumbered, and the panic set in. The parents were oblivious to my dilemma; although I remember looking at them, desperate and wild-eyed, they just chatted away in the corner, sipping cocktails while I was attacked by young boys with plastic bones.

The party just went downhill from there. My plan of sending the boys through the haunted house in twos was thwarted when they literally pushed me down and ran, en masse, through the entry and into my creation. Remember, this haunted house took me four weeks to make, and two whole days to set up -- and they ran through it in one minute flat. Then they looked at me as if to say, “That’s it?” The true horror happened as I tried to lead them in games, and was totally unable to get their attention. I couldn’t even get them to sit down as a group; they were flailing around, hitting themselves and each other, wrestling and fighting like wild animals. Finally, in desperation, I brought out the balloon piñata. I had tied a bunch of balloons together into a kind of a lumpy ghost shape, with the idea that each child could pop a balloon and receive a treat hidden inside. In my mind, it was a really cute idea -- but there was nothing “cute” or even “clever” or “interesting” about these boys. It was like Lord of the Flies... and I was Piggy.

I hadn’t even tied up the piñata when it was ripped apart, like the scarecrow being attacked by the flying monkeys in The Wizard of Oz. I was close to tears at this point, and there was still no parental intervention. I was on my own, sinking into a mire of torn decorations and balloon bits.

When the children were finally picked up, I surveyed the damage. It was monumental. Every decoration I had created had been ripped apart, stepped on, crushed, or pulverized... There was nothing left but an enormous mess that took me (again, by myself, with no help from the parents) a full day and a half to clean up. But the worst thing was that the parents who hired me never even acknowledged the carnage! They just reminded me to lock up when I was done cleaning.

I still shudder when I think of that party. However, I learned a lot from that ordeal, and hopefully, I’ll be able to pass on my knowledge so that no one will ever suffer that sort of agony!