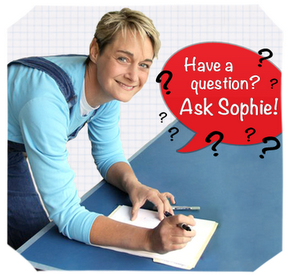 I’ve received a fair number of questions about my frequent co-star Connor and his relationship to me. Although people have speculated that he is my son, nephew, or some sort of kin, there is no familial connection. Connor is, in short, a dear friend! He’s a client who has become a buddy over the years.

Connor’s mom Jill is one of the reasons that Sophie’s World even exists, as she is the one who challenged me two years ago to think outside the box and come up with a way to expand my reach beyond the party business.

I’ve basically known Connor since he was 4 or 5 years old, and he and I have planned everything from Halloween parties to a Mythical Murder Mystery. He’s an intensely imaginative kid who loves theater, costumes, and pageantry (and being on camera!). 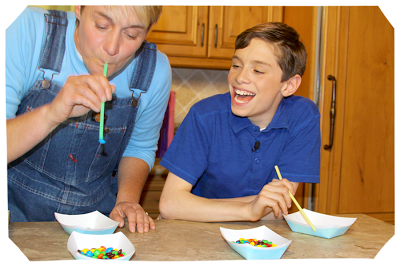 Sophie's World was originally envisioned as a kid’s television program featuring both me and Connor. If you look back to some of our earlier videos, you can see the two of us testing the waters, so to speak.

Here's us making our mini-s'mores!

Connor tells me that his goal is to become the youngest “Conan O’Brien” in history, knowing him as well as I do I will not be surprised at all when he succeeds!