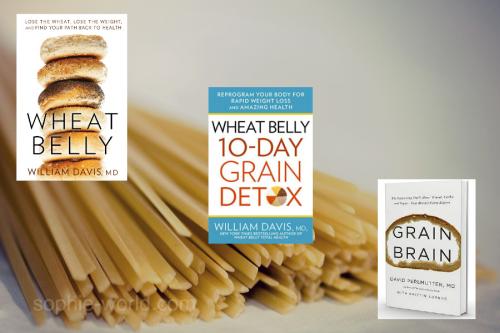 I am a huge believer in the thought that 99.9% of Americans walk around “functioning in spite of themselves”.  By this I mean they are dealing with some sort of pain, be it physical, mental, or emotional. Yet they continue through their days the best they can.  I know this to be true of my employees, my family, and certainly myself.

For the past 10 years I’ve been dealing with the slow deterioration of my knees. It's to the point where I can’t kneel on the ground and I experience significant pain when climbing stairs or running.  My doctor, God bless him, thinks I just need cortisone shots and physical therapy.  I’ve tried the shot. It didn’t work. I’m reluctant to do it again.  And as for PT - I’ve been doing the exercises now for quite some time. My knees are still the size of pumpkins by the end of the day.  It’s pretty common for me to head to bed at night with an ice pack strapped to each knee.  It’s gotten so bad that it prompted me to get an MRI on my last visit to Mexico. I really wanted to know what was going on.  My own doctor’s reluctance to do anything but offer up the needle prompted me to take matters into my own hands. At about a 10th of the cost in America, I might add.

While in Mexico, my dear next door neighbor mentioned that she used to have joint swelling that was so bad that she’d rise from her bed in the morning feeling like a 90 year old woman.  She said she was bummed, but figured it was just the machinations of getting older.  She had pretty much resigned herself to the life of the Tinman from the Wizard of Oz, creaking and groaning with each step. Then a friend mentioned two books - Grain Brain and Wheat Belly.  After following their printed advice she found that her joint pain and swelling had literally disappeared. She was able to dance, bike, do zumba, and swim like she had before.

This notion intrigued me.  I’ve known for a long time that I have a weakness for carbs. If I have a bagel in the morning, I’ll literally be hungry all day.  It’s not uncommon for me to down an entire bag of Popchips or half of a large pizza in one sitting.  Those days leave me feeling like I am the most undisciplined soul on the planet, which in turn just leads to me hitting up the Ben and Jerry’s.  I’m a mess.

Now, my husband Scott will attest to the fact that I am constantly trying to “get my life under control”. I usually do really well for about a month before slipping back into my roller coaster lifestyle.  I’ve tried the food delivery services, the apps, the juice cleanses, and the gyms. Nothing ever seems to stick.  The fact of the matter is this: I’m getting older and I want to feel better not worse as I do so.  I’m not one of those people who’s afraid of getting old, I just want to have a working body and mind while I do so.

So...I’ve decided to give this grain-free lifestyle a try.

#1.  I’m not so sure I agree with everything this fella is suggesting. He uses an awful lot of oil in his diet...

#2.  This book could have been ¼ of the length, as he spends most of book talking about how removing grain is going to cure every ailment you have...and...

Throughout the book Dr. Davis mentions over and over how eliminating all forms of grain, including corn and corn products, and limiting carbs, is going to cause your body to go through the type of withdraw that an opiate addict suffers.  Lovely!  I can hardly wait!  Dr. Davis mentions everything from migraine headaches to lethargy and bitchiness, not good qualities for one in the kid’s party planning business.  I have images of Barney pulling off his oversized head and yelling at the children to “shut up, sit down, eat your cake and stop whining”! 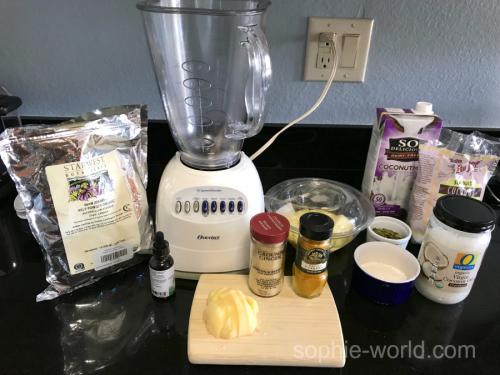 Anyway...why am I telling you this?  Because I’ve decided to give it a try. I thought it might be interesting to chronicle it as I do.   Scott has asked that I wait until he heads to Mexico in April to start (remember that “bitchiness” bit?). In the meantime I thought I’d try what I'm calling the ease-in method.  I’ve cut out all processed foods, even my beloved Healthy Choice cheesy egg scramble that I used to eat every morning. I am following the advice to eat fresh, single item foods, which means I’m going to have to cook...another terrifying notion. 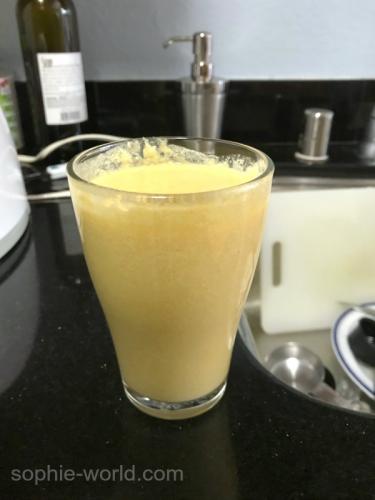 My first foray into the grain free world was to try one of Dr Davis' morning smoothies.  I figured how hard could that be, right?  Wrong!   It took me ½ hour to sort, sift, organize, and blend what ended up being a very thick, strangely oily tasting (it had ¼ cup coconut oil for goodness sake) mess that was more like a puree than a shake or smoothie.  I will say this: after drinking it, I wasn’t hungry until about 3 o’clock. I’m not sure if that was because I kept tasting coconut oil all day, or if I was really that full. 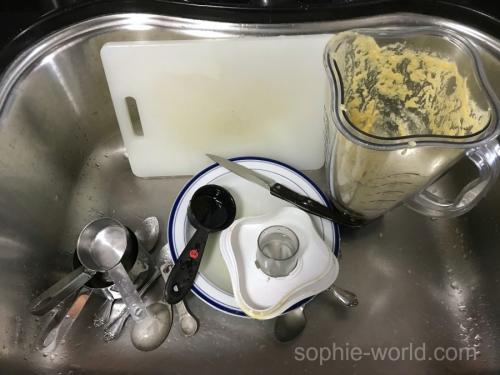 The other issue is the mess!  Yikes that was a lot of dishes to contend with so early in the morning. 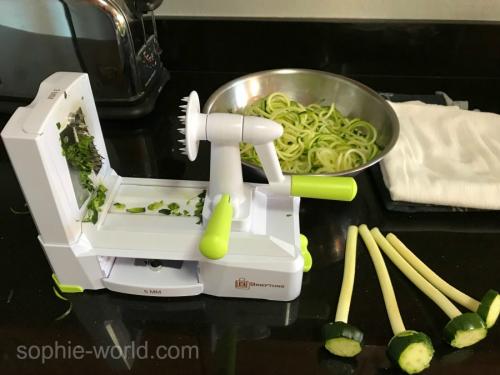 My second leap of faith was a little more successful. Still messy, but not quite as bad.  I purchased a spiralizer  so I could make zoodles (zucchini noodles).  I made the noodles and Scott sauteed them with garlic and olive oil. 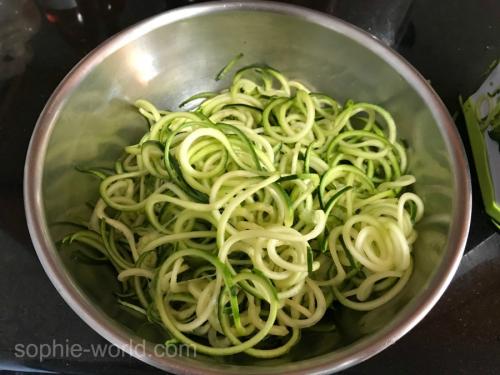 We served them with a hearty ragu of peppers, onions, hot Italian sausage and tomato sauce.  Low and behold, this was quite tasty, and really filling...so maybe there is hope yet. 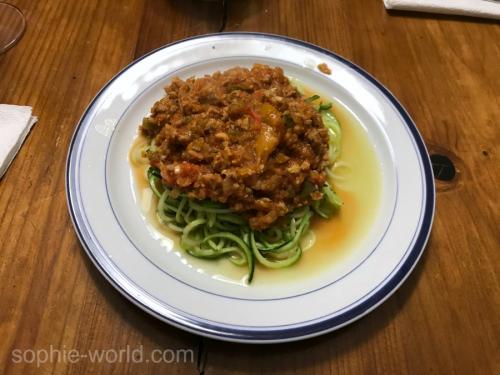 As to the detox, to date I have not experienced anything but a mild headache.  Maybe weaning myself slowlyis the right thing to do.  I have noticed that my appetite is down.  I’m listening to my body more and feeding it when it’s actually hungry as opposed to eating at designated times.  I have noticed I’m sleeping more.  Usually I’m up at 4:30 AM every day, but lately I’ve been rolling over and covering my head until 6:00 or even 7:00.  I won’t be able to keep this up for long. Soon I’ll have to start making up those hours. I’m hoping that side effect passes soon.

I have no idea whether this is going to work. But I’m going to give it a try.  I assume I can survive anything for 10 days. We’ll see if that’s true.  Right now I’m a bit skeptical, as I am with all these self-help gurus who claim they can change your life if you just purchase this one book, powder, food plan, blah, blah, blah..But I do know one thing...it’s making for lively and entertaining discussions with my husband and sister...so if nothing else, it’s been great entertainment.