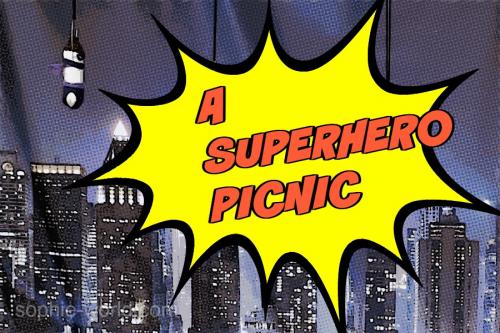 Every year I have the great pleasure of putting together a company picnic for one of my beloved and most loyal clients.  The event is very homespun. The staff does all the cooking. We handle all the decor and entertainment elements.  There are always crafts, games, group kid challenges, and some sort of either trivia or raffle to give away the centerpieces. 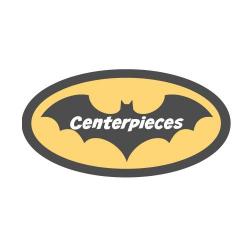 I learned early on in my career that centerpieces don't have to be flowers. In fact, if you make them so the fun elements are removable, people will literally clamor to take them home (hence the need for contests to give them away). 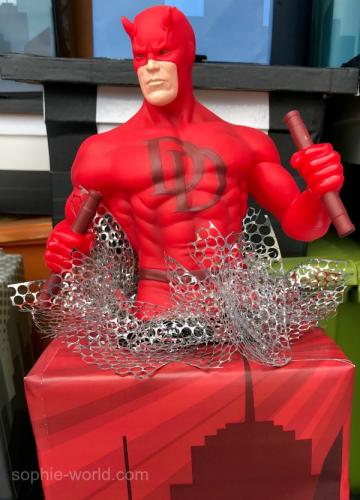 This year the theme was Superheroes. I knew right off the bat that I wanted to use some sort of eye-catching figurine as the focal point.  I was able to find these awesome banks of various characters on Amazon. From there it was very easy to design.  There were a few elements I had to keep in mind - wind, height, and ease in taking apart for the final give away.  Because we do this party annually, my team came up with a centerpiece base that can be altered to fit whatever configuration necessary.  Basically, it's a coffee can filled with concrete with a pole inserted in the middle.  This was perfect for the superhero banks. All we had to do was remove the bottom stopper and slip the character over top - instant centerpiece. I knew I wanted more height, so we encased the can in a box covered with a comic inspired cityscape and placed that on another box on which we attached comic books. 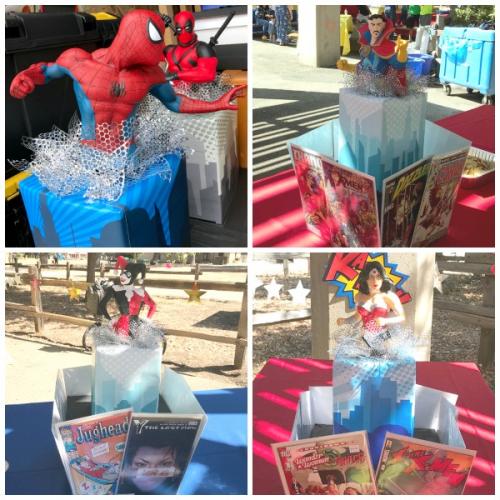 Every part, with the exception of the base, was given away, which meant lots of happy campers. 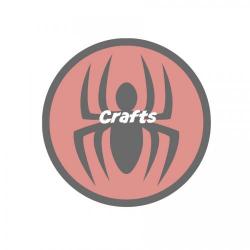 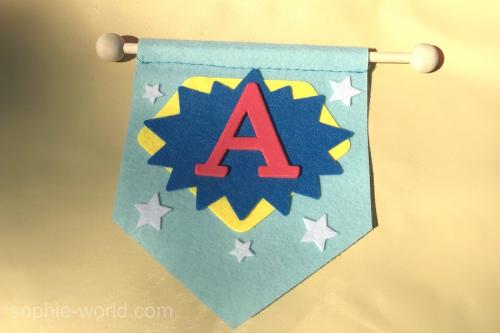 For crafts we made capes, wrist bands, masks, and these adorable little banners I found on Oriental Trading. I'm not usually a "kit" girl, but when you can get pre-printed, pre-cut felt stickers that say things like "Bam" and "Pow" one can't turn up their nose. 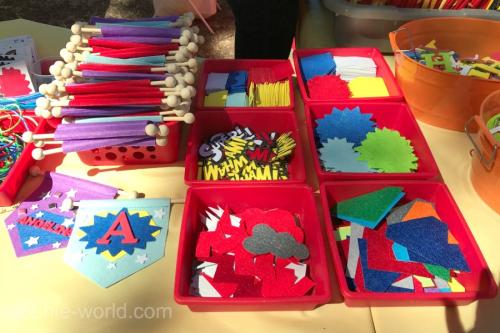 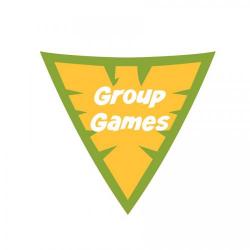 Group games are always a huge component of this party.  Kid's receive tickets which they can redeem at the prize booth to claim a varitey of superhero prizes. Here again, Oriental Trading proved to be a great resource. This year we had 5 challenges. 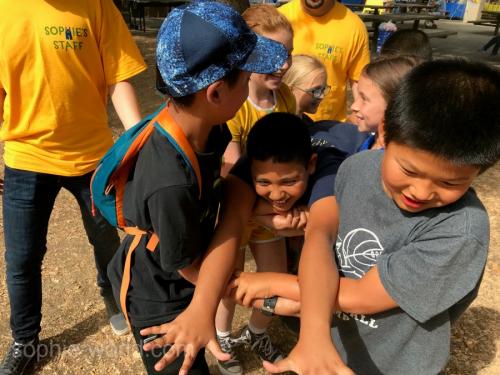 #1.  Team Fly challenge - one brave teammate was chosen to be Superman.  The group members had to work together to support their teammate in the flying position and safely transport him 100 feet.  It was a great team bonding experience, and the kids did great! 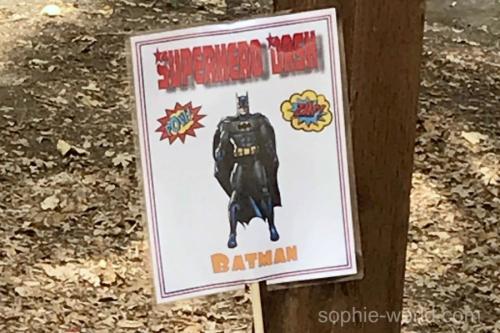 #2.  Flash Dash - each kid was on their own for this one.  I made 5 signs to represent 5 different superheroes - Wonder Woman, Bat Man, Spider Man, Super Man, and Mighty Mouse.  I downloaded each theme song and played them in an ever rapid succession.  The object of the game was for the kids to run to the appropriate sign when the theme song was played.

#3.  Super Cheeks - based on the game Chubby Bunny. One by one, kids placed marshmallows in their mouths and tried to say the words, "super cheeks".  Our winner was able to stuff 7 in her mouth...which was pretty remarkable.  A spit bucket lined with a plastic liner was essential for this game. 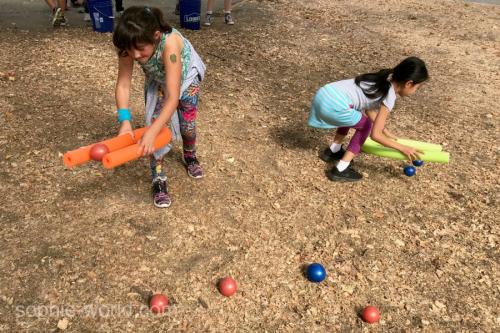 #4.  Kryptonite removal team - kids were broken into teams and given a pool noodle.  Their task was to remove all the kryptonite balls and place them into their team's decontamination bucket.  The catch, they could only use the pool noodles to transport the krytonite.  This was a relay race, and even our smallest participants figured out how to use the pool noodles as pinchers to pick up the dreaded poisonous rocks. 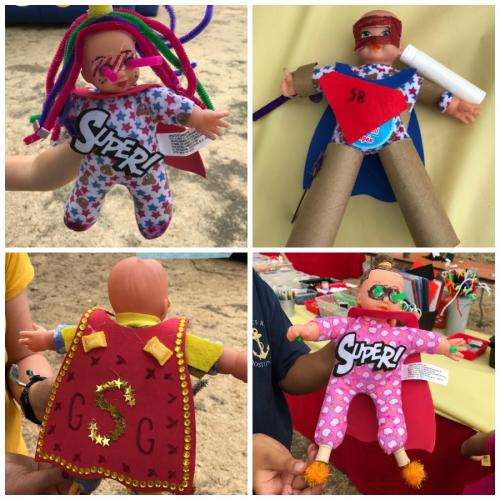 #5.  Super baby - This group loves crafting. So we always have some sort of art challenge.  In this case, kids were paired off, and had to turn a Dollar Tree baby doll into a Superhero.  The results were awesome.  Thank goodness the California straw ban isn't being enforced yet, or half of our contestants would be missing their x-ray laser eyes. 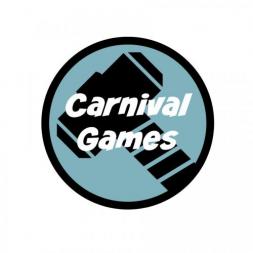 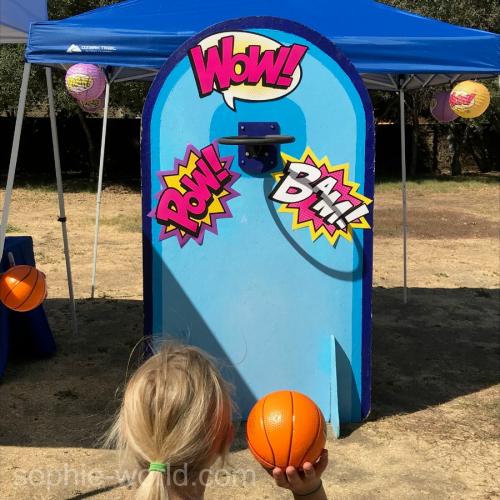 Basic games like tin can knockdown, basketball, and cornhole, became instant Superhero games with the addition of some "Bams" and "Pows". 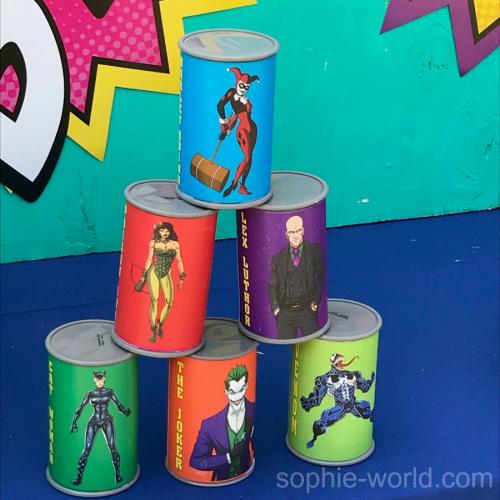 I covered our cans with images of Superhero villians to add a bit of crimefighter flair. 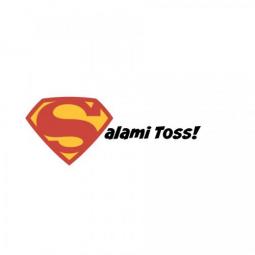 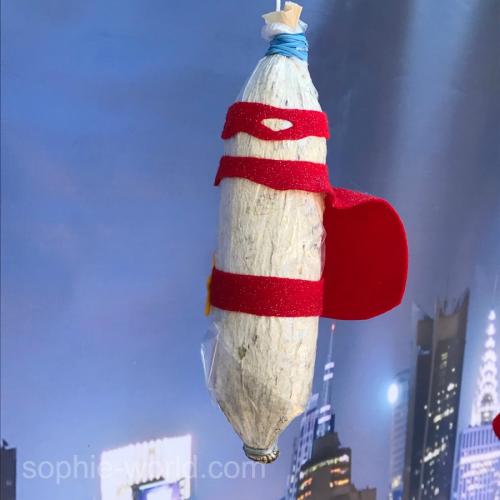 This party would not be complete without the annual Salami Toss 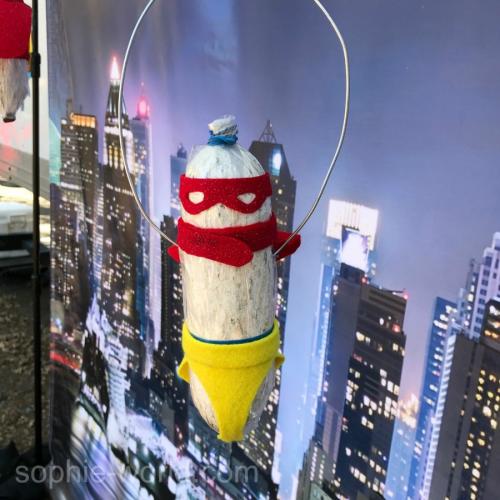 What I love best about this game is that it appeals to both adults and kids.  Everyone wants to win a salami.  Also, the salamis just lend themselves to being decorated for the various themes. This year Freda outfitted our little porcine fellas with capes, masks, and pantaloons...the effect...in a word...SUPER.