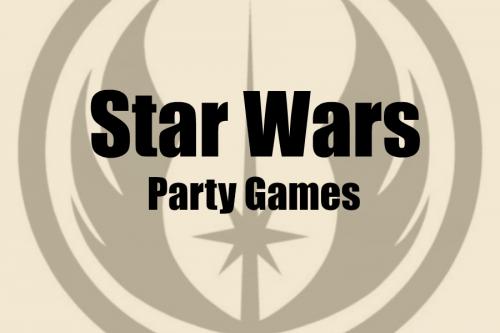 Last week I wrote about an out of this world Star Wars party that I planned this past summer. The great thing about Star Wars is that it just lends itself to a party. There are so many wonderful elements; the battle of good vs. evil, all the cool creatures and characters, lightsabers, using the force...it’s a party planner’s dream come true.

Personally, I think the best part about any party is the games. Kids and adults love games, especially when they are funny as opposed to being too competitive.  Which is why, at a recent Star Wars themed picnic, I decided to do a bunch of “Jedi training” games.

We were outside in a rather windy spot, so lightsaber races with balloons were out of the question.  But if you are indoors or not combatting wind it’s a totally fun game. 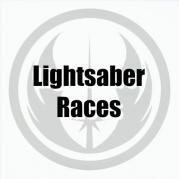 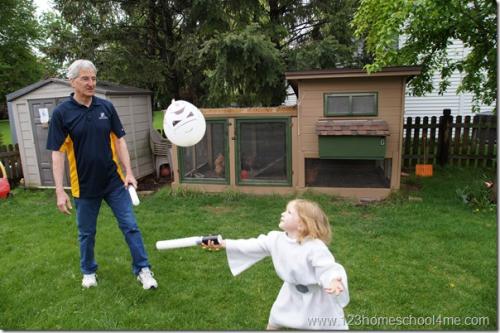 (thanks to www.123homeschool4me.com for this image) 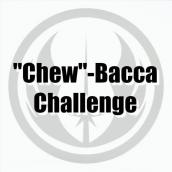 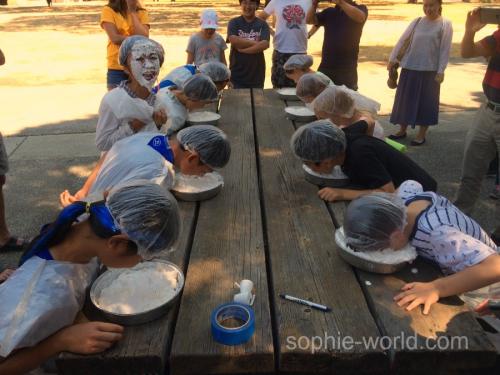 This is perfect for outdoors, and for photo ops!  Each participant is given a garbage bag smock and an inexpensive shower cap. Each player was then given a pie plate with a gumball buried in an ample supply of whipped cream.  On “Go” each contestant had to place their hands behind their backs and find the bubble gum.  Once they found the gum they had to chew it and produce a bubble, or at least attempt to do so.  Needless to say we had tons of baby wipes, buckets of water, and paper towels on hand for clean up. 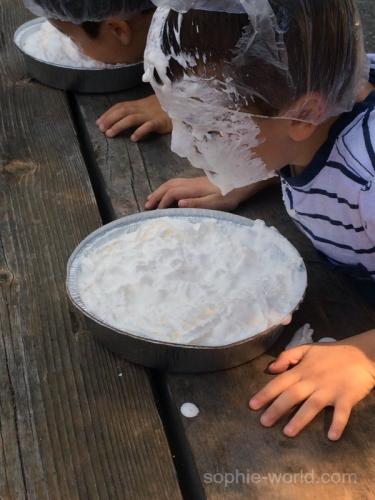 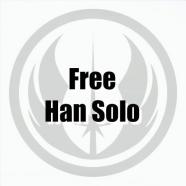 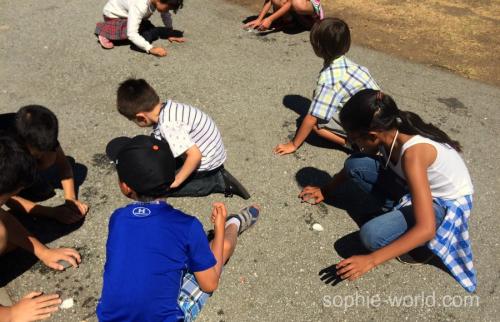 Being that it was summer, and hot, this was the perfect cool off game (it also helped to wash off any lingering stickiness from the chew-bacca challenge).  Each player was given their own frozen in carbonite Han Solo, which was actually a little army man encased in ice.  Their job was to free Han without using force (so no throwing on the ground or pounding was allowed) - friction, heat (one kid used the hood of a sun heated car), water (from the water fountain) were all allowed.  It’s amazing how many ways there are to melt an ice cube. 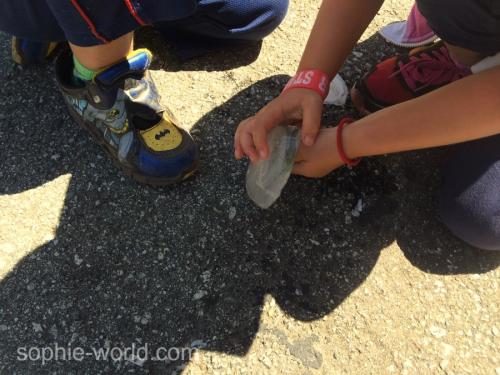 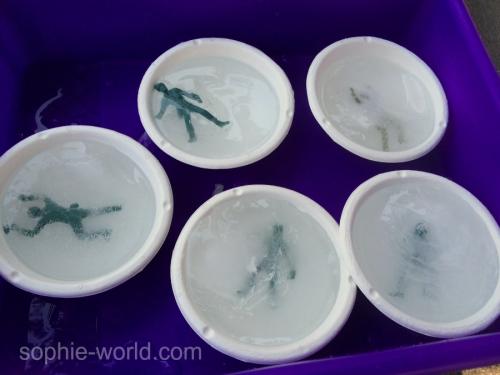 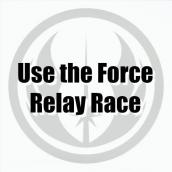 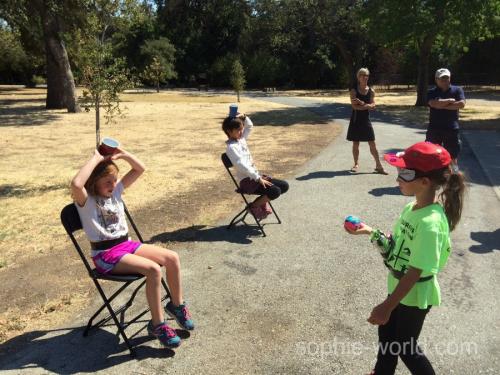 A Star Wars themed version of the fill the cup relay.  In this version the player in the chair is the Jedi Master. All the other team members line up across from their Jedi Master.  On “go” the first player in line dons a blindfold and is handed a wet sponge.  The Jedi Master uses their voice to guide the player to them. Once there, they squeeze the water from the sponge into the cup.  Once done the player removes the blindfold and runs back to their team, handing off the blindfold and sponge.  Play continues till all Jedi have gone. Then the cups are compared.  The team with the most water wins. 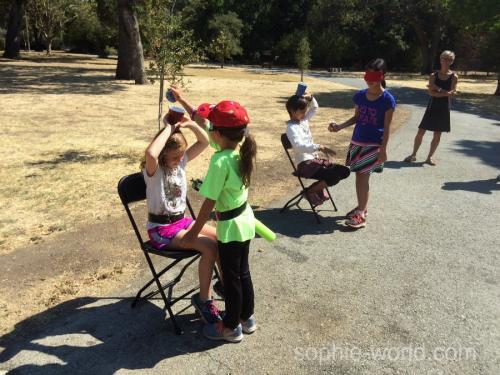 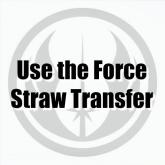 Jedi’s are given a straw which they place in their mouth like a dog bone.  Starting with the straw on one side they then must move the straw from one side to the other using only their mouth. 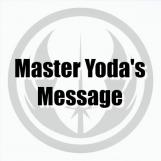 Young Jedi’s were given a code to break (using the Aurek-Besh by Boba Fonts) the font is free to download and even has the entire alphabet sounded out for you so that you can hold your own Jedi language class if you like.

Here’s hoping some of these games will may your next Star Wars party out of this world.