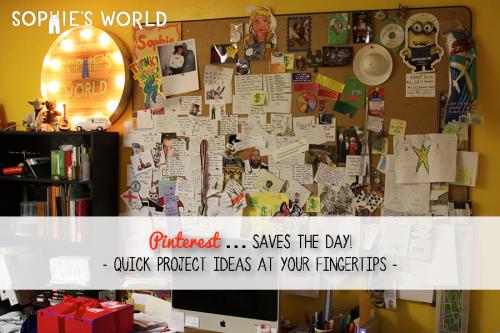 I love Pinterest!  I love the kid’s artwork, the high-end crafts, the beautiful homes and amazing imagery!  I get so incredibly inspired by the creative ideas that people pin. It’s basically a virtual version of the overly large bulletin board behind my desk at work!  Pinterest is a digital manifestation of the way I think and create...it’s visual, it’s invigorating, it gets my creative juices flowing.  Sometimes it also saves my butt! 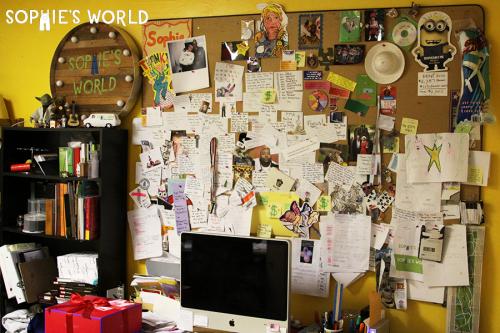 It may look messy, but this board has some rhyme & reason

Today I am leading a library craft program.  About 24 hours ago, I found out that this branch would like our project to have a Black History Month focus.  The beaded sachets that I had planned and packed didn’t fit the bill. So I found myself in a panic. What I could pull together for 75 kids in less than 1 day.  As sometimes happens in times of crisis, my brain seized up.  It simply stopped working altogether.  So I did what I always do when I’m in an artistic crisis.  I turned to Google and put in, Black History Month art projects.

What came up was two amazing projects. I realized that I could combine them and create a very interesting craft. 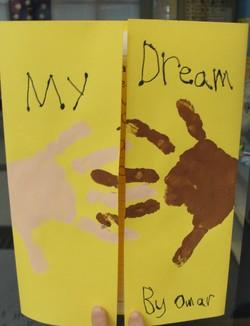 Handprint art and writings from a wonderfully creative school teacher. 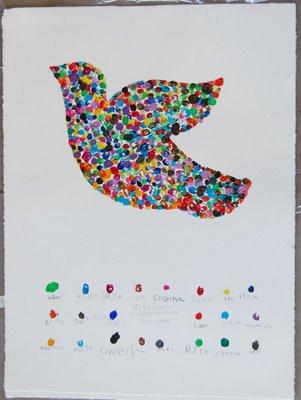 And a beautiful dove made from fingerprints.

It struck me that I could have each child place their fingerprint on 75 pieces of paper.  Then have the kids cut those fingerprinted sheets into doves.  Those doves could be mounted in the center of piece of paper folded like a booklet (so as to reveal the dove). To make it even more interactive, I intend to have each child trace two friends hands, in two different skin tone colors, and cut them out. The fingers of the hands could be interlaced at the opening and the palms glued on the outer edges to make a special “reveal”.

Here's a visual step-by-step of this simple craft: 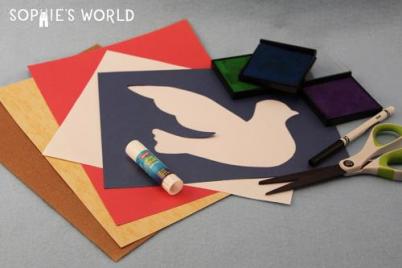 Step 1: Get fingerprint happy with a bunch of colors 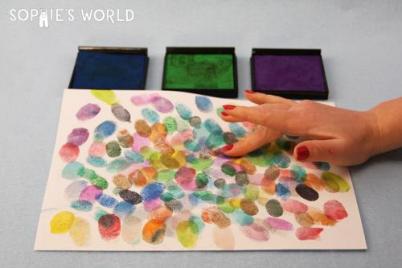 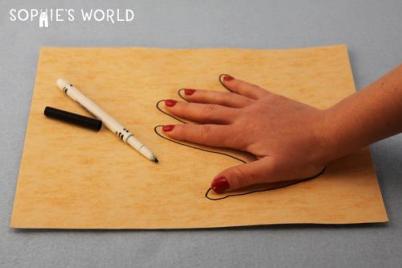 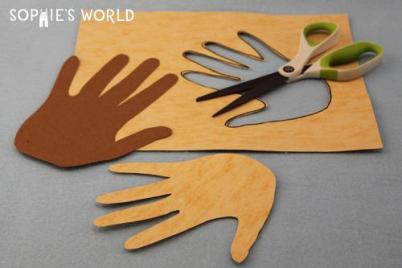 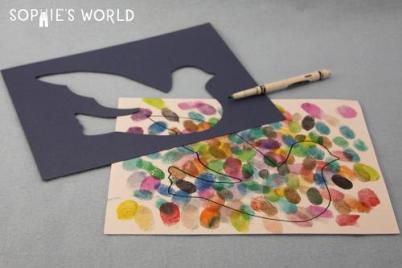 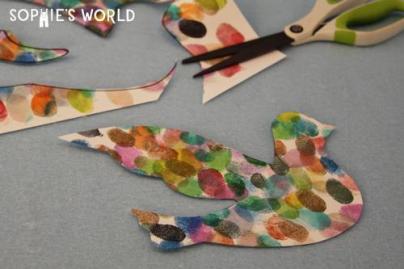 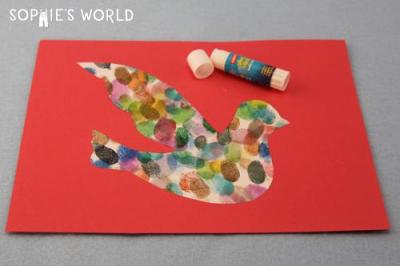 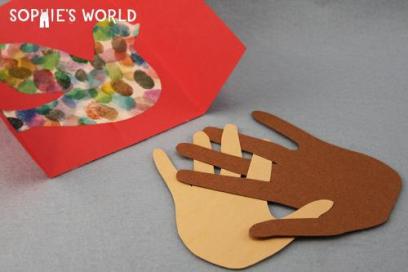 Step 8: Interlace the hands and glue to front of booklet 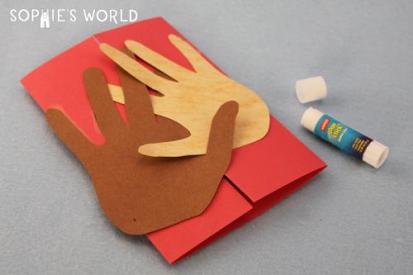 I’ll leave it up to the kids as to what they write on their card...however my suggestion would be:

“I have a dream” on the outside, and then “that one day, all people will join together through peace and art”. 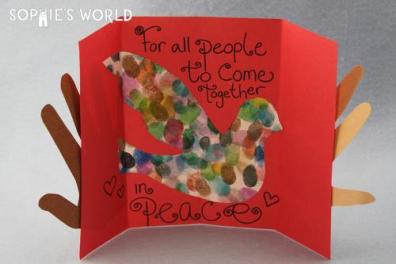 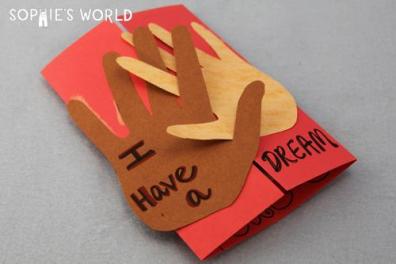 It’s going to be interesting to see how it all turns out...and truth be told - I might just add an addendum to this blog on Friday, with pictures from the kids, and a blow by blow on how the craft is accepted.  Keep those multicolored fingers crossed for me!

The kids at the library did an amazing job with the craft.  These were 2nd graders, so they were pretty adept at using scissors and tracing.  Their favorite part was the fingerprinting.  They probably could have spend the entire day doing just that. 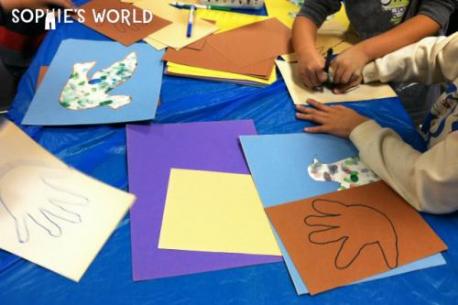 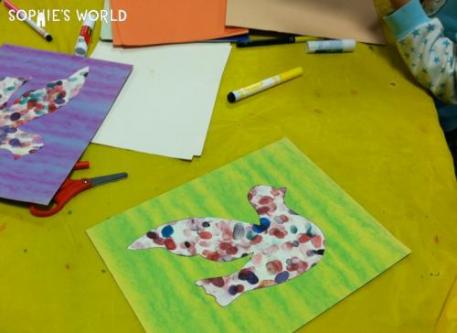 One funny anecdote: I told the kids they could write their own "dream" inside.  One child proudly shared his with me...it said - "An X-Box 360".  Gotta love kids!