My sister is a crafting genius, and her latest creation only goes to further prove that point! The other day, Simone mentioned that the Washington Post was holding a Peep diorama contest, in which folks were encouraged to create miniature worlds inhabited only by Peeps and Peep byproducts (like the Peep bunnies and other sundry marshmallow friends). The light that lit my sister’s Freda’s eyes upon hearing these words could have powered New York City during a blackout! She was on fire! The contest was ending on that upcoming Monday, and so, with a work-free weekend ahead of her, she embraced her inner Peep to create the most amazing “Peep show” ever! 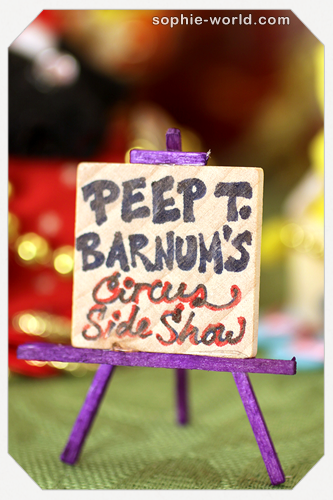 I will let her explain her inspiration and process, because I wouldn’t even know where to begin! Just know that I think it’s spectacular, and I count myself one of the luckiest people alive to view these Peeps live and in peepson... er, person. The only thing that makes me sad is that it’s very difficult to capture in photos the absolute magnificence of this diorama. It is, without a doubt, “the greatest show on earth.” 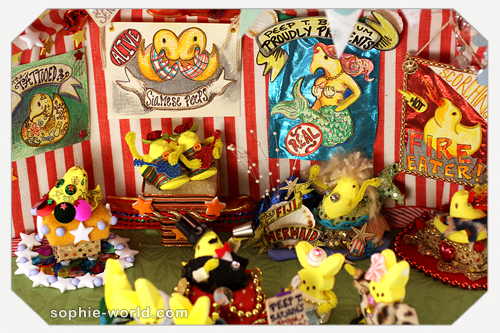 I chose “Peep T. Barnum Circus Sideshow” as my theme for this diorama because I absolutely love old sideshows and admire Barnum’s ability to spin a good story. As he once said, “There’s a sucker born every minute.” I enjoy being one of those people who can suspend belief, even if just for a moment.

The diorama is 18 inches wide, 15 inches tall, and 11 inches deep and is constructed out of a Dixie Cup box. It took me about 10 hours total to complete, and I made it in a single sitting.

I started by cutting the box into the rounded shape I wanted, then glued in the red and white striped “big top.” It took me a few tries to get the fabric to lay just right, giving the illusion of the inside of the tent. Once I was satisfied with that, I glued down the fabric base. From there I used a whole bunch of odds and ends to create the platforms for my mini performers. 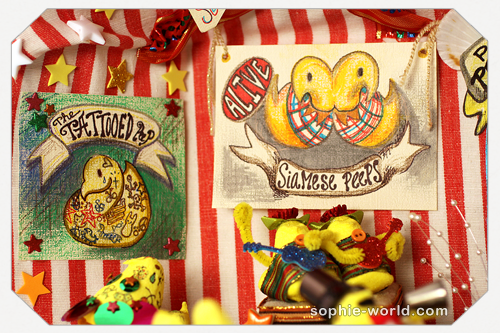 First I made all the performers’ environments, stands, and posters. Once those were in place I made the Peeps to match their posters. I used colored pencil and markers to make the posters, and drew them on canvas paper to give them a worn, old timey feel. For the Fiji Mermaid and the Fire Eater, I then cut my drawings out and mounted them on fabric so they would be more flashy. 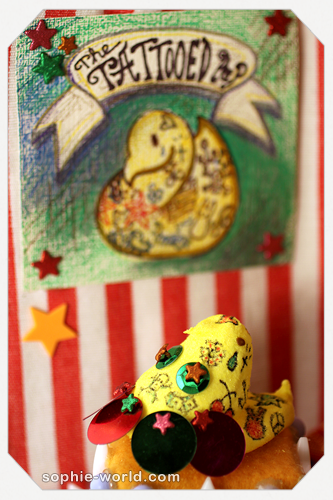 I chose to make a tattooed Peep because were at the forefront of my brain; many of my friends are into tattoos and they are always on my friends’ Facebook feeds and Pinterest pages. I also really like the idea of a tattooed person from a sideshow back in the day because they were a person that choose to cover themselves in pictures and display themselves; it’s a fascinating life choice. I also think it’s funny that nowadays people have far more tattoos than the sideshow tattooed men and women of the era! 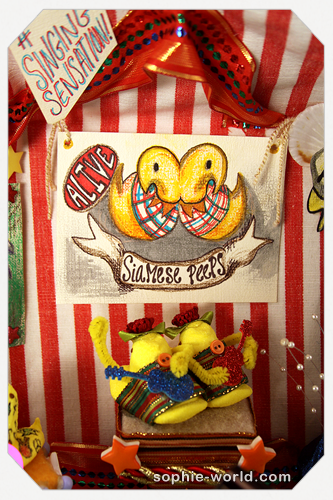 I chose to make the conjoined twin Peeps because Cheng and Eng are the most memorable sideshow performers to most people. I wanted to turn my Peep twins into a musical duo as well so they had something else going for them then just being stuck together! 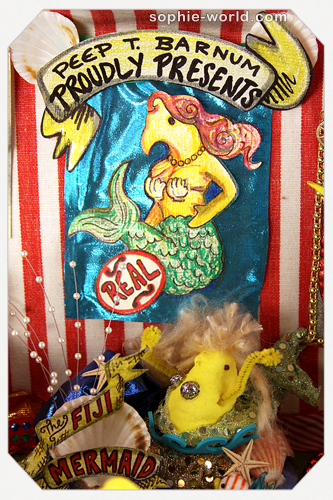 The Fiji Mermaid is by far my most favorite Barnum creation. He advertised it as a real mermaid, but after people paid to see it, what they found was the torso of a mummified baby monkey sewn onto the tail of a fish and covered in paper maché. People were outraged then delighted by this sideshow gaffe and even after it was well known to be humbug, people would pay to see it anyway. I love. love, love the Fiji Mermaid and actually made one of my own years ago to be the central fixture of a sushi bar at a Halloween party... Sadly it was never used because the client’s child took one look at it and declared it too creepy even for Halloween. 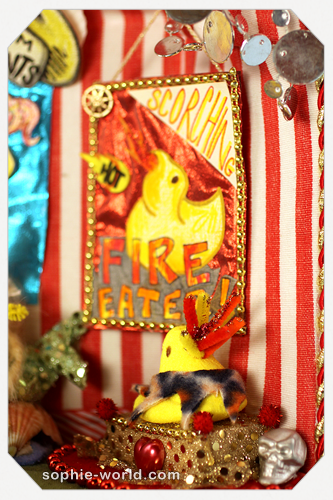 The final performer in my Peep carnival is the Fire Eater. I wanted to make this little dude because I thought it would be fun to make pipecleaner fire! 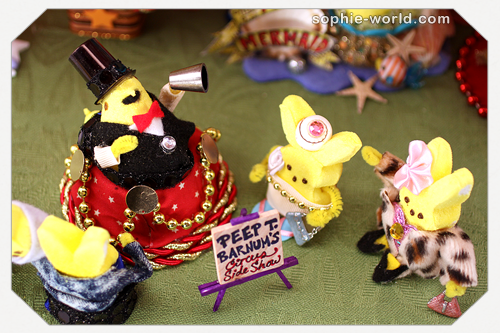 After creating my “freaks,” I made their sideshow barker and his captive audience of eager bunnies. The last little finishing touch I added was the baby on his mother’s shoulder. I am also particularly fond of the two rich lady bunnies with their fur coats and purses. I love the one bunny’s seashell hat!

All in all, this was a great way to spend a Saturday. Watching movies and creating this wonderful tribute to an American icon, “Peep” T. Barnum. 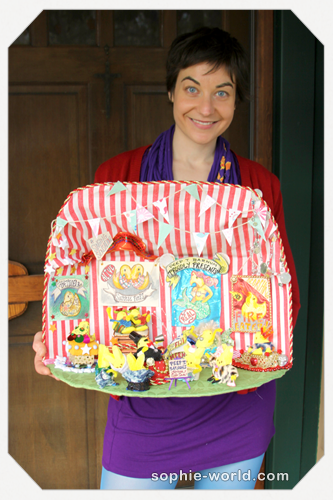