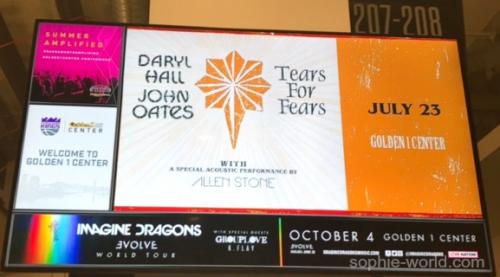 Sunday night my sister, mom and I made a trek to one of my favorite spots, Sacramento.  I’m there once a month to appear on the daily TV show Sac and Co sharing a craft project with my dear friend, host Mellisa Paul.  However this time around, it was my sister Freda, and her belief that shared experiences are an important part of life, that drew us to the California capitol. Freda, you see, had purchased tickets for a concert.  Now given our ages - my mom is 72, I’m 52, and my sister 36, you might think she bought tickets for the symphony, or the opera.  Oh no...not my sister!  She bought tickets for Tears for Fears and Hall and Oates. 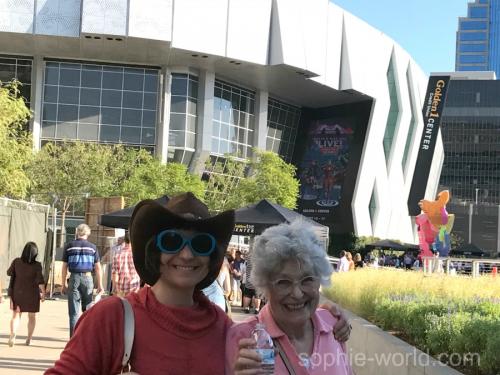 All I can say is...our mother is a trouper! 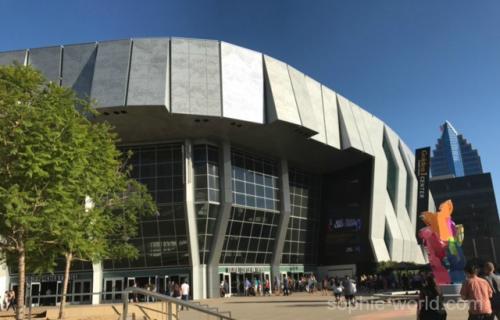 The night was really fun.  I haven’t been to a real concert in years, and the Golden 1 Center is about as high tech an arena as exists.  You know things have changed when your concert arena sports a vodka bar and organic grass fed hamburgers. 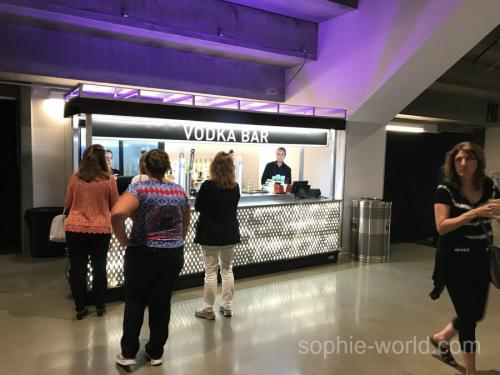 The outside of the building is sleekly designed to look as if it were assembled of giant white dominoes in various stages of falling.  It is very cool looking. Inside it feels more like a museum than an arena. Everything is hip, from the built in railings that allow for dining along the balcony edges, to the artistic stand up tables, 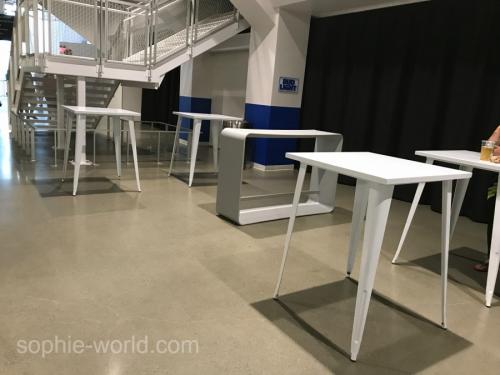 to the graphically cool bathroom signs. 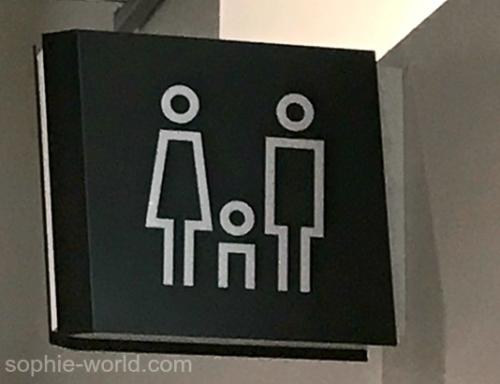 The ceiling is adorned with this awesome glass sculpture, continuing this notion that we are in a giant’s playground. 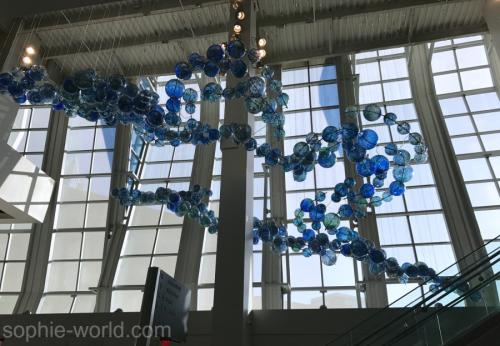 It reminds me of someone’s marble set, or a beaded necklace in the act of being dropped. 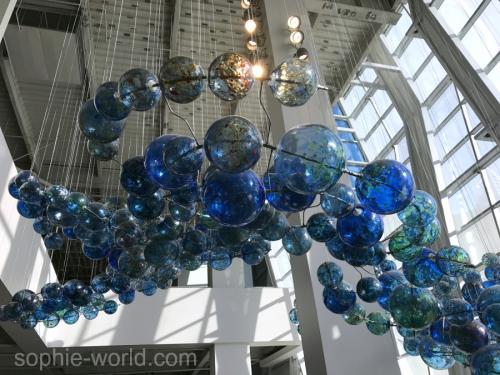 Much to my surprise, the arena was sold out, and not just with old people like me and my mom. There were kids, teens, twenty-somethings...really all walks of life.  It was one musical melting pot. 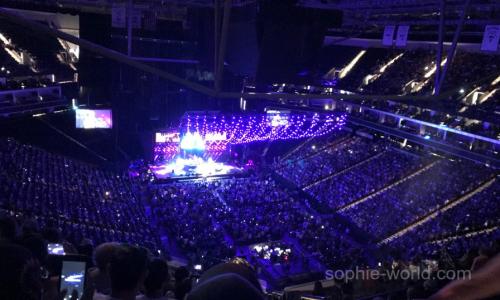 We were way up in the nosebleed section which, although inducing a slight case of vertigo, does give one an amazing overview of the massive arena, and a great view of the light show.  The show itself was fun.  It transported me back to my late high school years, when many of these hits served as the backdrop for teenage angst movies, like Pretty In Pink, The Breakfast Club, and Say Anything.  I kept waiting for Molly Ringwald and Andrew McCarthy to take the seats next to me. Although maybe they would have been in one of the luxury boxes. 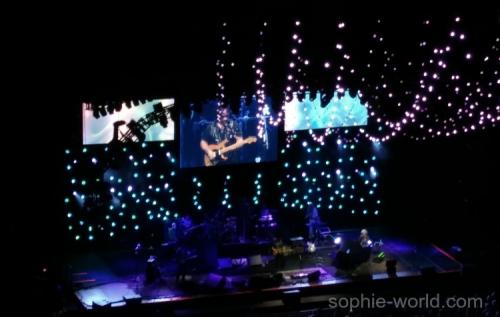 When you are at a concert like this you realize just how many hits these guys had.  I counted 7 Tears for Fears songs to which I knew the words. The encore alone for Hall and Oates consisted of Rich Girl, Kiss is on my List, Private Eyes, and ended with a rousing rendition of You Make My Dreams.    Funnily, perhaps reflecting the age of the rockers and the core of the audience, they began their set with Family Man.

With the music industry changing at such a rapid pace, it’s fun to look back to the 80’s and 90’s when music really got you bopping in your seat.  I know it’s nostalgia creeping in here, but as one who wears overalls all the time, and could be accused of being stuck in an 80’s time warp, it really was a fun time.  Being that it also encompasses our three generations, my sister’s birth, my high school years, and my mom’s 30’s, it also holds a very near and dear place in my heart. Looking at the size of that audience -  it must for a whole lot of other people as well. 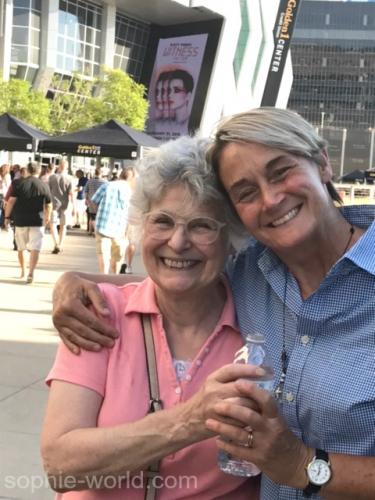 Amidst all the bells and whistles, the crazy lights and the high tech video, it comes down to a bunch of old guys (and gals) rockin’ out, making us remember what it was like to grow up in a simpler time.