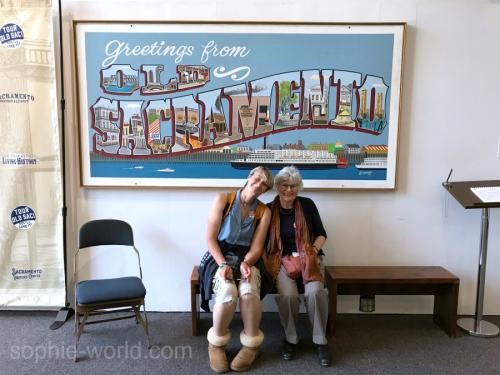 Everyone teases me about how much I love Sacramento.  I've been enamored with the City ever since I started doing my monthly guest appearances on Sac and Co in 2014.  My husband Scott and I were on a book promo tour, and the group ended up liking us so much, they started inviting us back for a monthly guest spot.  My love of the City grew and I started referring to is as "the hidden gem". (which is when the teasing really began).

So when Mother's Day rolled around, I crossed off the weekend on my work calendar and made plans for spending time with my mom and sister in my beloved City.

In past visits, we've attended concerts, strolled through the extensive cemetery, and enjoyed a good number of the museums. This time around I thought we'd spend some time in Old Town doing the tourist thing. 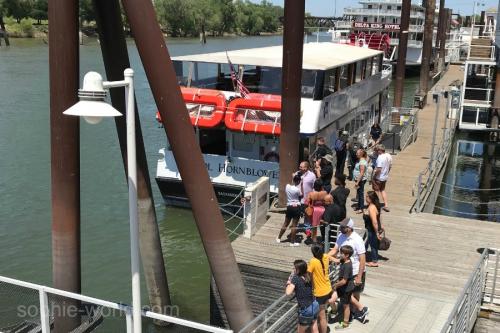 This included a Hornblower cruise up the Sacramento River where I experienced a truly amazing spectacle, the opening and closing of the I-Street Bridge. 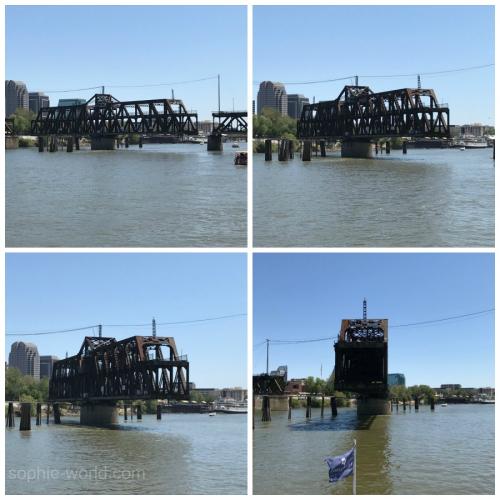 This bridge is both a railroad and car bridge that crosses over the river about 1/2 mile up from Old Town.  Usually, the bridge doesn't see much action, however, due to the fact that it's been raining so much in California, the river is higher than normal. Thus, we were treated to this relatively rare spectacle.  Unlike a drawbridge, the entire middle section of this bridge pivots like the hands of a clock in a 180-degree rotation.  It's relatively quick, taking no more than 5 minutes max, and for me, was worth the price of admission. 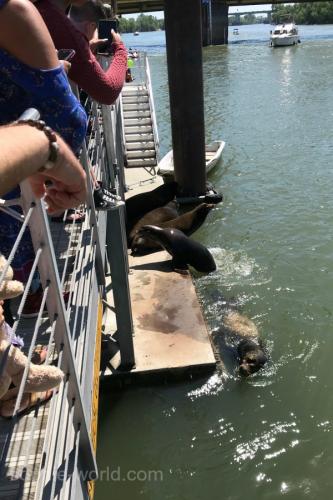 Upon our return, we were greeted by a herd of sea lions who regaled us with some off the pier water diving and musical barkings.  Man, they were loud! 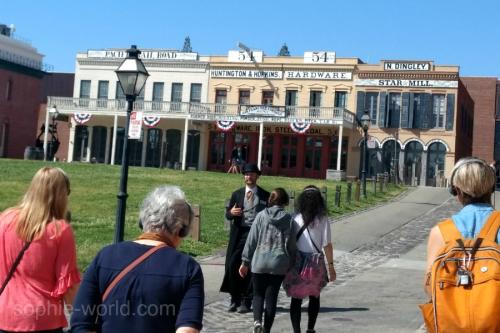 From there we headed off to the Underground City Tour.  I've wanted to do this ever since I discovered one of the original existing side streets, located 15 feet below street level.  The tour was incredibly well done.  We were led through the streets by an impeccably dressed young man who claimed to have been there since it's founding by John Sutter in 1839.  He was full of knowledge which he imparted as he led us through a winding tour that included one of the original canvas and wood buildings, sunken sidewalks with the original ladders used for folks to enter the jacked up stores, and into the underbelly of several prominent buildings to experience the actual raising of the city.  I was surprised to learn that the foundations of these building were literally raised by jacks, 1 foot at a time.  It was pretty darn fascinating. 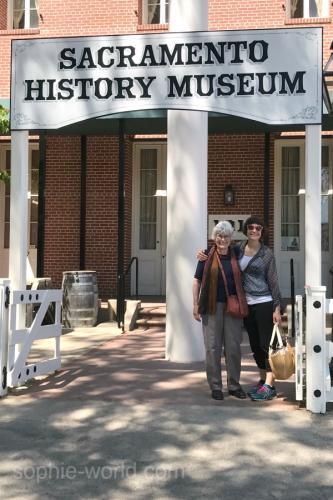 After the tour, we walked around the Sacramento History Museum, 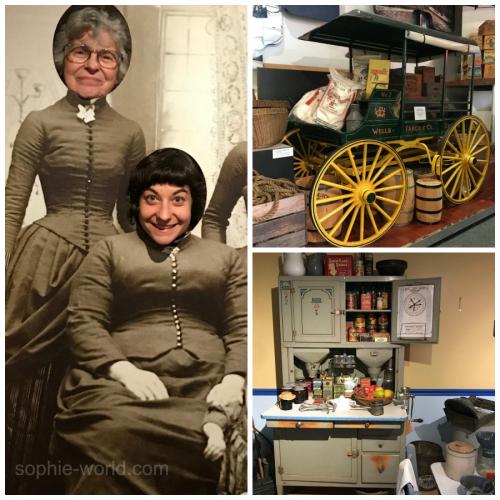 where we were treated to loads of interesting tableaus, recreated rooms, an underground gold mine, and access to a real stereoscope. 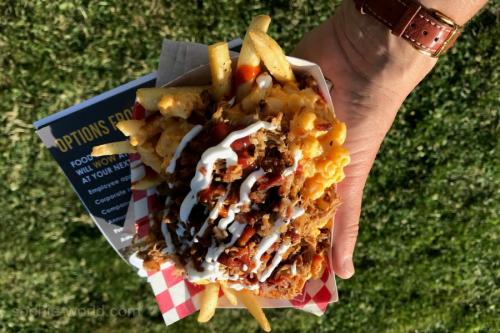 From there we made our way to the Sacramento French Fry Festival, a celebration of all the things one can place on a crispy strip of potato.  We sampled several styles from food truck vendors, then cast our votes for our favorite.  The mac and cheese/pulled pork combo won my heart, but mom and Freda went for the tri-tip and jalapeno infused platter. 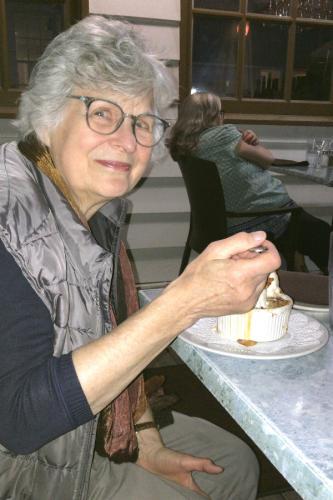 After a soak in the hot tub at our hotel, we headed back to Old Town, where mom had ice cream for dinner.  We figured, hey, it's her day, she can do what she likes. 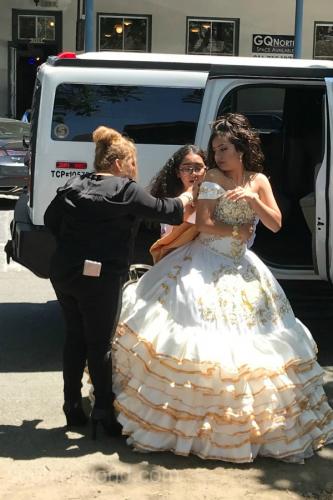 It must have been Prom night in Sacramento because we witnessed many photo shoots involving attractive young teens dressed to the nines. 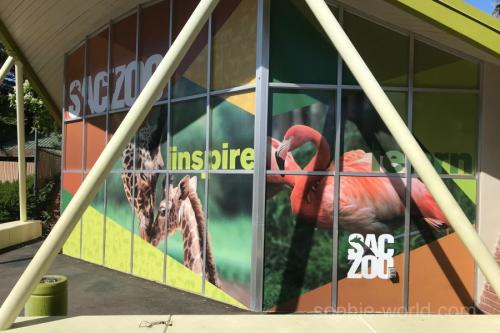 The next day, Mother's Day, was spent dining with the animals, 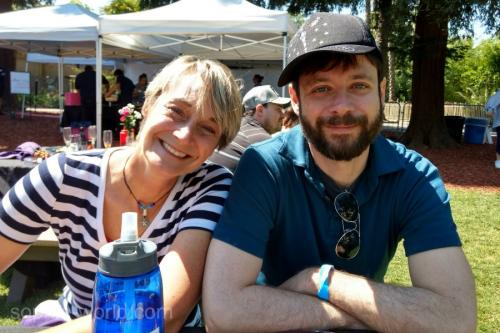 and no, I'm not referring to my brother-in-law's eating habits. I'm talking about zebras, monkeys, and red pandas of the Sacramento Zoo.  My mom and I have always loved the zoo, ever since I was a young child and my dad worked at the Philadelphia Zoo as a night watchman.  The Sacramento Zoo is in a word, charming.  It's not too big, not too small, it's just right and actually sports some beautiful animals.  The flamingoes alone are worth the trip. 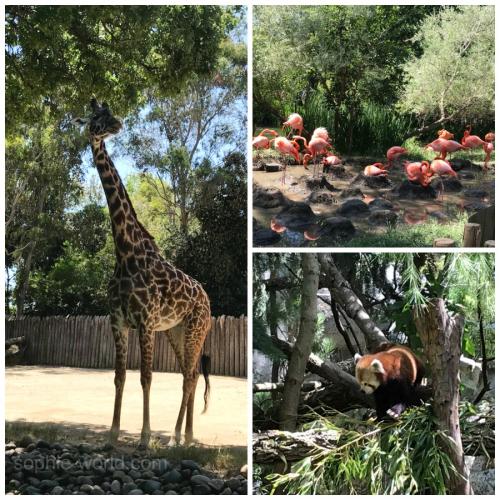 The day we visited the monkeys were putting on an especially musical performance that outranked the cast of Aladdin, The Waitress, or Mean Girls. 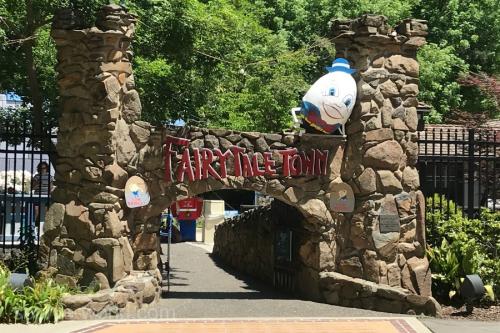 To end the day, before driving off in our respective directions, we checked out Fairy Tale Land, a young child's theme park that looks very reminiscent of Children's Fairy Land in Oakland, 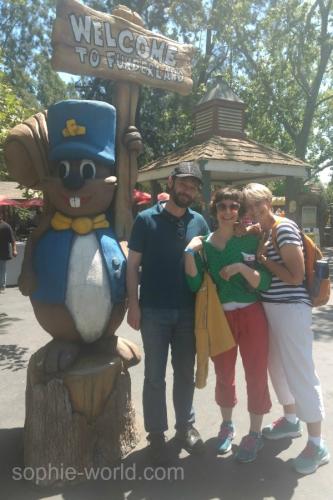 and Funderland, a slightly threadbare amusement park with a terrifying chipmunk/squirrel mascot. 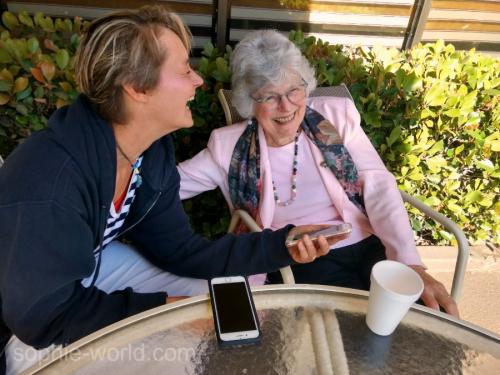 All in all, this was an amazing Mother's Day, all thanks to the wonders of that hidden gem...Sacramento.