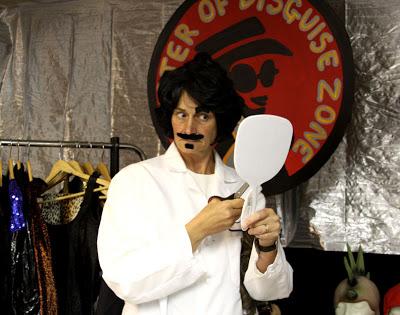 As some of you may know, the name of my party planning business is Sophie's Stress-Free Soirees. The ironic thing is that the parties are stress free for everyone but me (and maybe my staff)! I've been doing this party thing for a long time now, so you would think that I wouldn't make mistakes, right?

Case in point, the "spy" party we held last weekend. I learned a very important lesson - never assume ANYTHING!

Let me give you a bit of background. This party was for a client I've had for years, and whom I love beyond compare. They're a wonderful grandma and grandson pair, and every year we do a sort of joint party for the two of them. We come up with something fun for the kids, and Grandma invites a few of her close friends to join the frivolity.

They're one of those clients for whom we block off the entire day so that there are no distractions and we can just concentrate on transforming their space. The whole family is into the fantasy of the party, from dressing up and taking on roles, to creating a very specific looks, to setting up scenarios that allow everyone to immerse themselves in our theme. It's a hoot! They're a truly artistic family with incredible, impeccable taste.

In the past we've done pirates, space adventures, and a party loosely based on the film Master and Commander... Yes, I did just say Master and Commander. As in the Russell Crowe sea-faring period film! Anyone who knows the movie will know that it's probably not appropriate for squeamish adults, let alone children - but then again, this is no ordinary child. This is a kid with such a vivid imagination and attention to detail for things from bygone eras that I can only assume that he's an old soul, perhaps Lee or MacArthur or even Bonaparte, reborn! I mean, he asked us if we could serve hard tack at the party. Hard tack! Have you ever heard of, let alone eaten, hard tack? It's basically flour, salt, and water! That's it! A tough, tasteless bread eaten by sailors centuries ago. We, of course, "party-fied" it by taking Walker Shortbread Cookies and wrapping them in waxed brown paper tied with string. 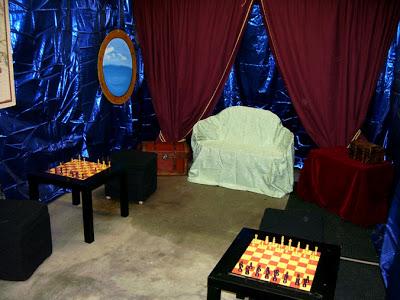 By now, hopefully you can get the sense that I know this family pretty well and have a strong knowledge of their home and party space - or so I thought.

You will never know the intense, stomach-clenching, gut-wrenching feelings that I felt when I walked through the door early Sunday morning to find out my client had redone her entire courtyard and play space. Totally. Redone. Nothing was the same!

The theme we chose for this year's fete was the master of intrigue: 007! Of course, the child has never seen a Bond film (probably because of all the scantily clad women), so it was really going to be more of a spy training camp party, with the 007 soundtrack playing in the background.

The invite was sent out in a tiny paper briefcase that contained a miniature dossier of our birthday boy, and asked his friends to attend a special training session. They were given a code to break that gave them the password for entry. Right away the excitement was building, and every invitee said yes.

Once at the party, the kids were fingerprinted and photographed (you know, basic Homeland Security background check, going over the school transcripts of the 9-year-old guests, a patdown for weapons, poisons, and party-crashing siblings). Then they were instructed in the fine art of disguise, at which point we let them loose in a miniature version of a theatrical costume shop. After that there was code-breaking, target practice with our Nerf gun shooting range, disarming an alarm system with magnets, and finally designing their own spy equipment. All of this training was designed to lead them to their final mission (should they choose to accept it): find the goodie bags! 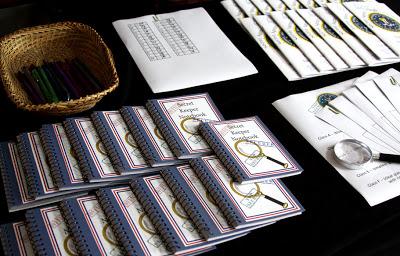 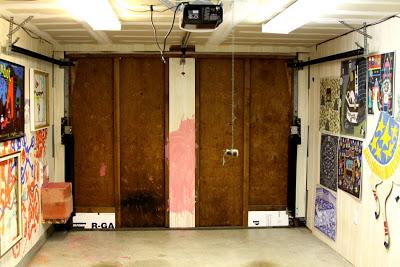 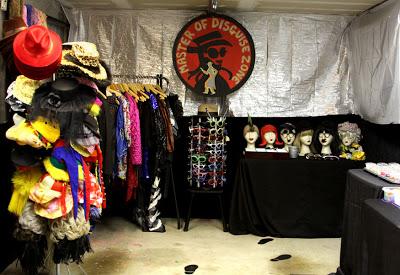 The garage turned into a top-secret spy facility!

So here's where my mistakes started to happen.

When I had originally planned the party (about a month ahead of time), I had cruised the neighborhood for spots to hide clues. The idea was that our mission would take us on a coded clue hunt around the block and back to the yard's play structure. About a week before the party it became apparent that the weather was not going to cooperate, and we were going to have to limit our hunt to the family's property. No problem, you say, Sophie knows the place like the back of her hand. She can come up with hundreds of hiding places. And I did! But not a single one of them was there when we arrived that morning. They had all been taken away or moved! Including the giant play structure that was meant to be the final destination for the goodie bags!

Now you have to understand: all the clues are in code, in sealed envelopes - I'm screwed!

Luckily a good portion of the clues were vague enough ("Check around the entryway") that they still worked. I had to do some serious juggling of the clues order, and we lost about three of our destinations, but I figured it was still a pretty good hunt.

The major issue were the goodie bags and where they would find them, now that there wasn't any play structure. I was able to pry open the envelope to the clue, rewrite the Morse code by folding the bottom of the paper over the last word and double-stick taping it closed, then writing in a new location.

All in all, everything went well, and truth be told, the boys were so excited about the hunt and had more fun running around looking for the clues that they didn't even notice. But for me, there were definitely a few moments of panic.

I can't believe that all those great hiding places I'd counted on were gone. I mean seriously - who moves a two-ton sculpted elephant? 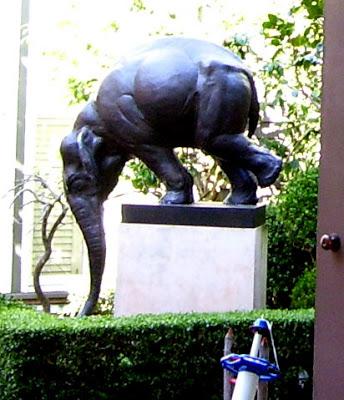