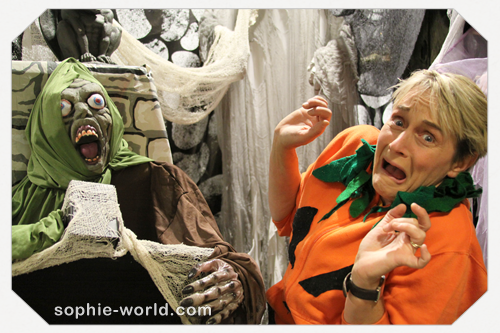 I’ve had an amazing corporate client for years, and every Halloween we do a really fun party for the kids at their facility. Unfortunately, this year another client booked their date before they did. Now, it’s not uncommon for me and my team to do two events at the same time, but this was a special client, and I physically needed to be there. Seeing as I couldn’t be two places at once, I was crushed. The thought of not being able to do this annual party for one of my beloved clients was really pretty devastating. However, thankfully, the client felt the same way, and so they decided to postpone their party until the Friday after Halloween. 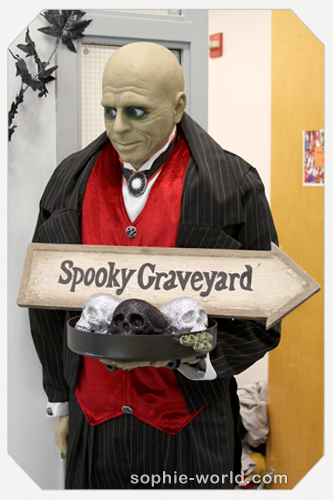 This was awesome for me, but it did raise an interesting point: who wants to celebrate Halloween two days after the actual event? It’s one thing to do it the next day, as a nod to the Mexican Day of the Dead, but after that, it’s a little odd. Everyone loves a haunted house and looks forward to the pumpkin decorating contest... But how could we keep those elements without letting it feel like reheated leftovers? The answer we came up with: a Mish Mash Holiday Bash! It would embrace all the late fall / early winter holidays: Halloween, Thanksgiving, Christmas, Hanukkah, and so on.

Here’s what we’ll be doing at our mixed-up party... 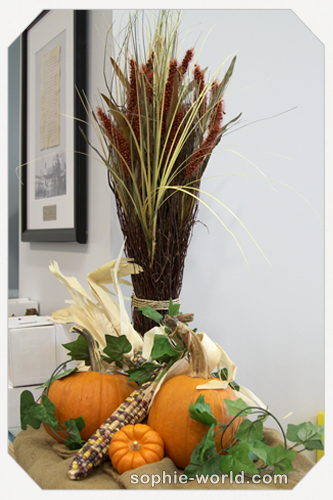 Decor
We decided to focus on the three main holidays: Halloween, Thanksgiving, and what I call the “December holidays” (meaning more of a “winter wonderland” feel so that we include those who does not celebrate Christmas). We decorated the back room in our traditional Halloween Room of Horrors, making sure to make it extra spooky and Halloween-y. Outside in the lobby, though, we went for a more harvest-y look, as a nod to Thanksgiving. We used autumn leaves and branches, wheat, Indian corn, and other natural items. The main room was decked out like a winter wonderland, with twinkle lights, blue and silver tinsel, snowmen, silver sparkle curtains, and tons of snowflakes falling from the ceiling.

Pumpkin turkeys: using our wonderful tiny pumpkins as a base, the children added tons of feathers, funny heads, and big googly eyes to make awesome gobblers. A bunch of the parents said they were going to take them home and use them as centerpieces for Thanksgiving. We still held our contest, but instead of “best pumpkin,” we had “Most Dapper Turkey” awards. 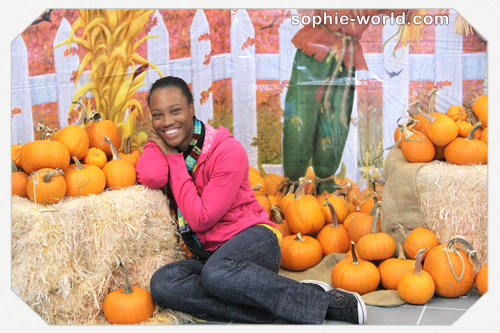 Stockings: our kids decorated white velvet stockings, which we then hung from the secretary’s desk, and later filled with candies and treats. 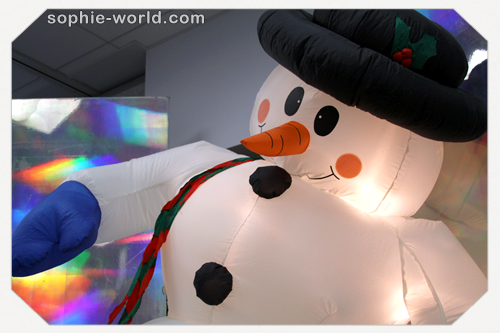 Crafts: we made candle holders and menorahs out of popsicle sticks and wooden spools, and styrofoam ball snowmen.

Pass the turkey: using inflatable turkeys, teams had to pass the turkey from one end of the line to the other without using their hands.

Snow blower relay: teams had to use hairdryers to blow white balloon “snowballs” into awaiting baskets.

Dreidel: for candy corn and other Halloween treats.

Find the pickle: folks had to search the room to find the hidden pickle.

Wrap the package: my personal favorite! Teams chose one member and had to wrap them like the prettiest present they could imagine. We gave each team a roll of wrapping paper, some ribbon, tissue paper, and tape and then let them go to town. Points were given for speed, but also for the beauty of the packaging, and the ability to cover the entire person.

During the party we played a mixture of holiday music, from Halloween favorites like the “Monster Mash” to Adam Sandler’s “Hanukkah Song.” 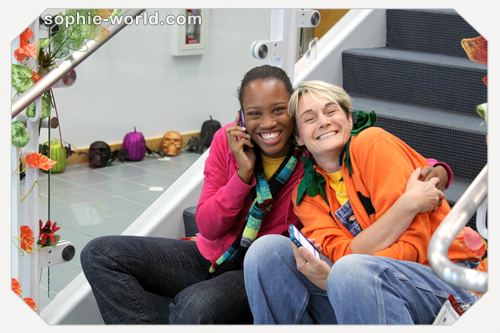 When all was said and done, it was a crazy, mixed-up party, but a total blast -- which just proves that it’s okay to mix and match your themes, as long as you keep it light and fun!