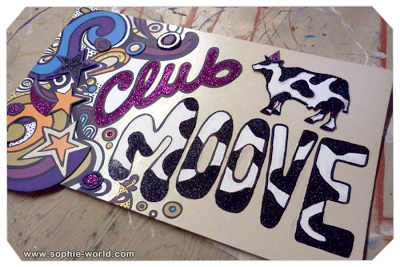 I recently helped plan a Bat Mitzvah with the most fantastic, quirky, and fun-loving family. One of the things that made them so enjoyable was their ability to think outside the box; they decided to buck the “traditional” Bat Mitzvah fanfare by holding the party at home. They have a great party house, with adjoining upstairs and downstairs spaces that allowed for both parents and kids to mingle, but also have their separate spaces. But the best thing about this party was the theme: “Club Mooove.”

What does that mean, Club Mooove? Basically, it’s an upscale, club-based cow themed party! Our Mitzvah girl is totally into cows, and collects them. When it came to choosing a theme for her party, she didn’t have to look any further than her bedroom shelf. 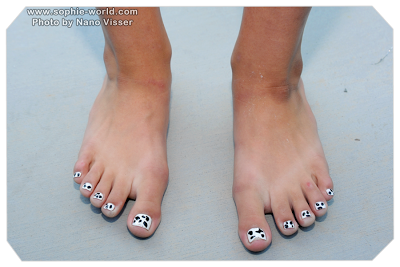 But though she liked cows, she didn’t want to have a “farm” themed party. She wanted something upscale and club-y, but with a bovine flair. A lot of Bar and Bat Mitzvah kids ask for “clubs;” I think most thirteen-year-olds are fascinated by the mystique of the nightclub scene. It’s funny to me, because having worked in nightclubs, I can tell you there’s a reason they keep their lights down low! What the kids want is the essence of a nightclub, and for a party planner who does hundreds of these things a year, the concept can get pretty dull. But throwing cows into the mix made this tried-and-true theme a blue-ribbon winner! 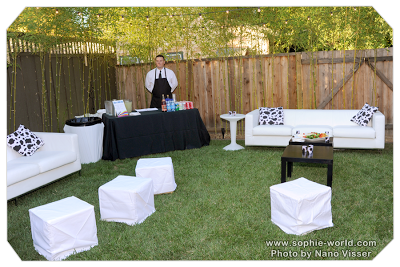 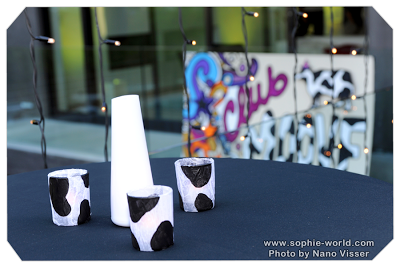 To create that sleek nightclub feeling, we removed all the furniture in the rooms used for the party and replaced them with white and black rental furniture. I got some amazing cow-print fabric at Jo-Ann’s Fabric, and my mom sewed up 10 pillowcases, which were then tossed onto the various couches. Instead of standard round tables for people, we used low coffee tables and highboy cocktail tables. We made cow votives for the tables, and filled them with electric tea lights. Guests lounged on couches, poufs, and cow-print rugs to eat. The food was designed to be eaten while standing, since the main focus of the party was dancing! We turned the downstairs playroom into a disco, complete with lights, a black-and-white checkered dance floor, and the hottest DJ in town. Another side room was converted into a black box photo booth where the most hysterical pictures were taken. There was also a “milk bar” for specialty drinks, and later on we brought out an ice cream sundae and candy bar, where kids could make their own decadent desserts. 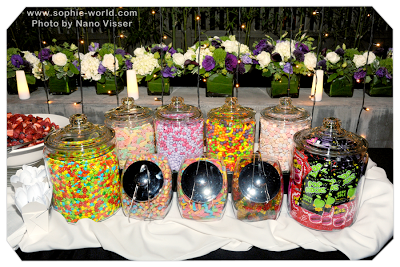 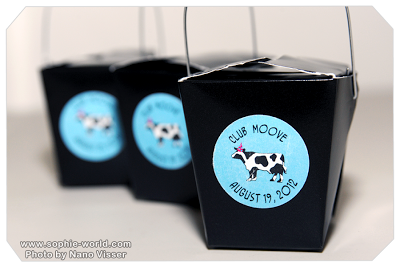 Some of the highlights of the evening were the slideshow, which we projected directly onto a huge wall once it got dark, as well as the full-sized fiberglass cow! Now, a lot of people do sign-in boards, with a nice picture of the Mitzvah kid and a border that can be signed by their friends. But have you ever seen a three dimensional, 100-pound cow to sign? It was awesome! People signed the black spots with silver pens, and the white spots with neon colors. My favorite was the person who signed “Udderly fantastic!” on the lower part of the cow. 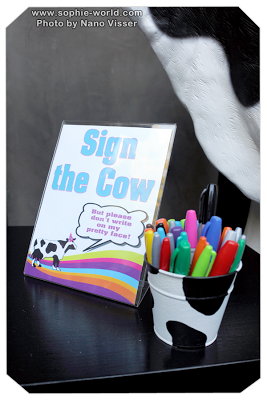 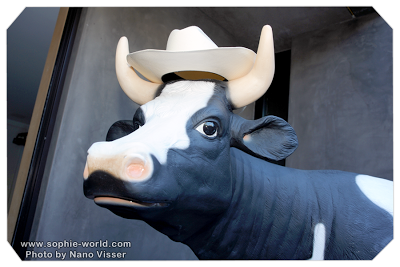 It was an amazing party; no one wanted to leave. There was a line of cars with parents waiting to pick up their kids at the end of the night, texting them to come out. We couldn’t drag them away! We practically had to lasso a few of the more stubborn partiers for their poor parents. The party’s ability to embrace a bit of quirkiness turned what could have been an ordinary party into an extraordinary one. So the next time an idea hits you for a theme, go for it! As long as your heart is in it, you’re guaranteed to have a good time. 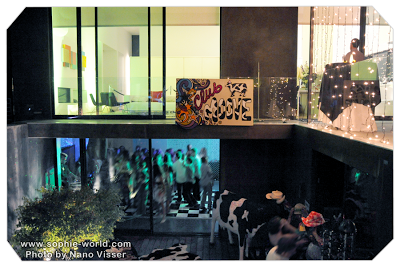