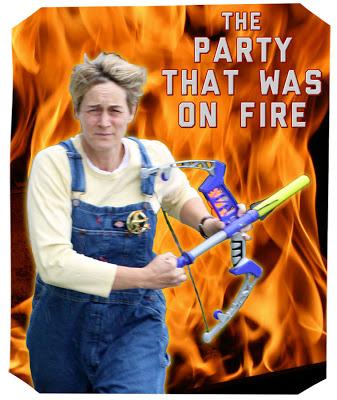 At the risk of sounding like a prepubescent girl at a “One Dimension” concert, I’m soooo excited about the opening of the new movie “The Hunger Games."  My assistant Simone introduced me to the Suzanne Collins series early last year, and I’ve been anticipating the movie ever since.

Unfortunately I’ve got two events on opening day, and three more parties over the weekend, but I’ve declared Monday morning official “Hunger Games Hooky,” and I’m dragging my entire team to go see it.  [NOTE: She didn't have to drag us -- we couldn't wait! -- Simone]

In honor of the movie, the books, and what I have a feeling may be the big new party theme, I thought I’d come up with some ideas for a Hunger Games Party. Today we'll cover activities and games, and we'll soon have crafts, decor, and more, so check back often! 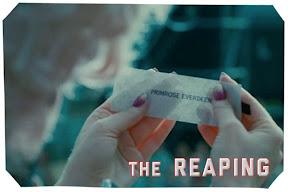 The Reaping
Depending upon the size of your group, it would be great fun to divide the party into tributes representing each of the districts. To do this, you will need slips of paper (in the movie they were folded in three so that they opened like French doors, sealed with a black piece of tape). Write the name of each guest on a slip of paper and place it in a clear glass bowl. Starting with District 1, pull out two names. Those two then become the tributes for that district. If you’ve got equal number boys and girls, then you could pick one for each; if you’ve got less than 24 kids, just do one tribute for each district. Each tribute should be given a number, to designate their district.

Once everyone has been assigned, you can offer up to those remaining the opportunity to volunteer to take one of the tributes' spots. 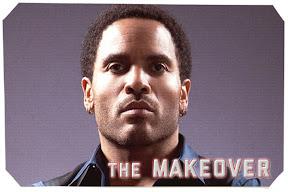 The Makeover
Set up fabulous makeover stations to make your tributes as beautiful as Cinna made Katniss! 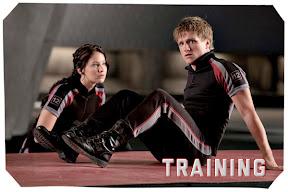 Training
Set up fun stations where different survival skills are taught. (And remind all the tributes that their skills must not be used on one another, only with the trainers!)

Interviews with Ceasar
Set up two chairs like in an interview and have the tributes come out one by one to be interviewed by "Ceasar." This is basically a version of the silly game “I Cannot Tell a Lie.” Ceasar asks outrageous questions to which the tribute must answer, saying “Yes, it is true…” and then repeating the outrageous question. The idea is not to laugh, but if Ceasar comes up with crazy questions – like “Is it true that you like to pretend you are a bird when you are in the shower?” – that won’t be so easy to do! 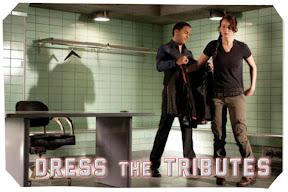 Dress the Tributes (Version 1)
This is great if you’ve got lots of kids! Assign "designers" to each pair of tributes. Give each design team a bag containing the following: a roll of toilet paper, a roll of tape, and a pair of scissors (if you wish you can add more crazy items, like recycled plastic water bottles, coffee filters, tin foil, paper napkins, paper towels, etc.). Each team then has 10 to 15 minutes (you decide how much time you want to spend) to design their tributes' opening outfits. Have the tributes parade around to show off the outfits once they are done. Judges can assign points if you like. This is similar to our game "Fashion Designer."

Dress the Tributes (Version 2)
This is more of a relay race. Divide your group into teams of 5 or more. Choose one person per team to be the tribute. At the far end of the room, set up a “shop” with tons of clothes, shoes, wigs, hats, jewelry, etc. On “Go!” the first person runs up, chooses an item of clothing, runs back, and with the aid of their team, dresses the tribute in that article. Once the article has been entirely placed upon the tribute, the next team member goes. Play continues until either every player on the team has gone, or a designated number of items (say 10) have been placed on the tribute. Once again, parade the tributes around for group approval. (Take a look at our Dress Up Relay for more detailed rules!) 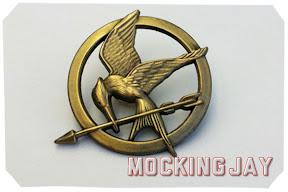 Mockingjay
Choose one person to be Katniss and blindfold them. Have everyone else spread out – they are the mockingjays. Place hula hoops on the ground around each mockingjay, so that they don’t move from their place. Have Katniss choose a simple tune, such as "Row, Row, Row Your Boat." Have all the mockingjays repeat back the tune. Choose one mockingjay in the crowd to be Rue. Tell Rue to choose a different simple song – like the "A-B-C Song". The object of the game is for Katniss to make her way to Rue, using the mockingjays as guides. To begin, Rue hums her little tune, and Katniss will slowly and carefully begin making her way towards Rue. If she goes off track, or is heading in the wrong direction, the mockingjays closest to her hum Katniss’ song. At any time Katniss can hum her song, at which time Rue will once again hum her song. Play continues until Katniss has found Rue.

The Cornucopia
Choose 4 to 8 players to be the “Career” tributes, and arm them with soft dodgeballs. Place lunch bags containing treats on a table behind them. You may want to scatter additional bags around the playing field if you have a large space, or have some of the bags can contain treats, while some are stuffed with paper. Set up a safety zone as far away from the Cornucopia as the playing field will allow. Line up all the other tributes in this zone. The object of the game is for each tribute to try and get a bag (or bags) without being hit by a ball from the Careers. On “go!” the tributes can run into the playing zone and try to gather as many bags as they can. The Careers use their dodgeballs to knock out players (anyone hit with a dodgeball is out for that round). If a tribute gets a bag (or bags), they can run them back to the safety zone before returning to the playing field (have someone making note of the number of bags they have). Play continues until either the Careers have knocked everyone out, or all the bags have been stolen by the tributes. Careers may move wherever they want in the playing zone, but they must stay at least 10 feet back from the safety zone. 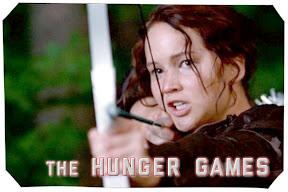 The Hunger Games
Each tribute’s name or picture is placed on a piece of paper and folded in half. One by one, each tribute picks a paper. Whomever appears on their slip of paper is who they must try to "kill." A tribute may only go after the person who appears on their slip of paper. Should a tribute pick himself, they return the slip of paper to the official, and the official will then return the slip of paper and hand them a new one. Should the tribute be the last tribute, then the official will choose 5 tributes to hand in their slips, reshuffle them, and have everyone choose again. Each tribute should them arm themselves with their choice of safe weapon – Nerf guns, dodgeballs, water guns, water balloons, any one of our foam weapons (like our nunchucks, laser swords, or pool noodle swords). To “kill” someone, the tribute must score a direct hit to the chest area (heads are off limits). Each tribute may protect themselves (no hand to hand combat or wrestling, please) – and may kill their assassin in self defense (but only in self defense, meaning, they can’t stalk their assassin once the figure out who it is). When someone is killed they turn over their tribute target to the assassin. The assassin will now stalk that tribute. Play for time, and see who has the most “kills” or play until there is only one victor.

Players who are killed can serve as referees or help in retrieving ammunition, setting up obstacles (as long as they do not touch any other player), etc. 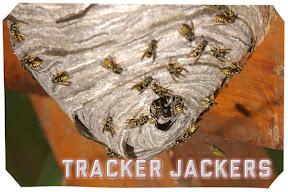 Tracker Jackers
This game is very similar to our Sticker Tag! Choose half of your group to be tracker jackers, and half of your group to be tributes. Give each tracker jacker one sheet of stickers (the circle stickers you can find at office supply stores are perfect). On “go!” the tracker jackers begin chasing the tributes trying to tag them with stickers – each sticker equals one sting. Once a tribute has been stung 10 times, they are out of the game. Play until one tribute remains, or play for a time limit and see who ends up with the most stings.

In the upcoming weeks I’ll share more crafts, décor, and food ideas….so make sure to check back. Me…? I’m off to the movies.