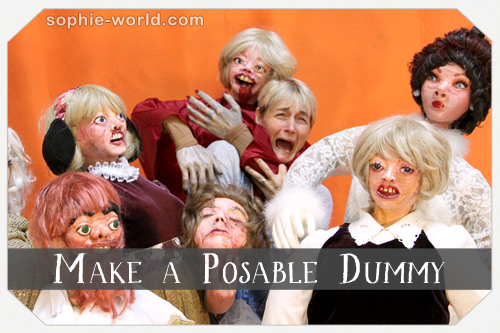 When I was a kid, Halloween was a spooktacular period of creative ingenuity. I grew up in a time before Pinterest, Halloween Super Stores, or Costco, so if you wanted to decorate your house for Halloween you turned to your imagination or Better Homes and Gardens magazine.

Back then, most people only put out a few decorations: carved pumpkins and handmade paper bats were pretty much the norm. But there were always a few houses that made a real effort. As kids, those were our favorite houses because they were so spooky. Some had graveyards, some had eerie music played on a boom box, but the best ones had dummies! Sometimes you would approach the porch where not one, but two dummies would be sitting on a porch swing, lazily swinging back and forth in the breeze. One inevitably would be holding a bowl of candy. I remember approaching with great trepidation and fear... only to be scared out of my wits when one of the dummies moved! It was the owner of the house, dressed up like a dummy! AHHHHHHHH! 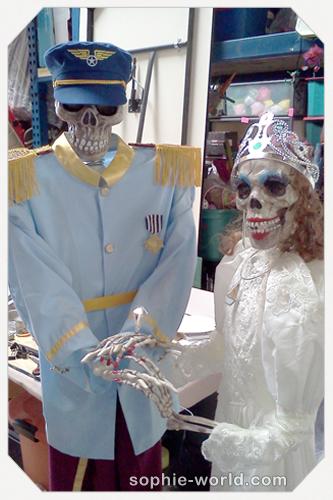 I still hold that the best decorations are not the battery-powered, store-bought kind, but the ones you make yourself. So in honor of all those wonderful folks who made Halloween so much fun for me and my friends, I’d like to show you how to make a posable dummy. 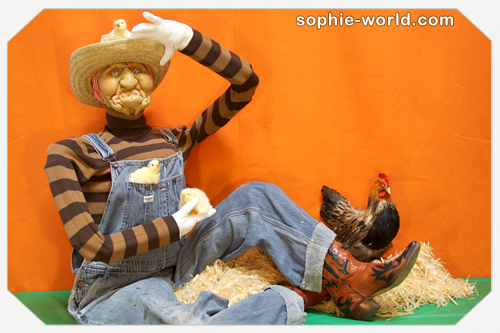 If you like, you can use a big pumpkin or skull-shaped candy bucket for a head. I did this one year at a party, at the end of a haunted house. Children reached into the head to get their final treat. They loved it! You’ll just need to drill a hole in the bottom of the bucket, secure onto the neck, and then fill the bucket with candy. You can always tape the hole shut after the party and use it as normal. 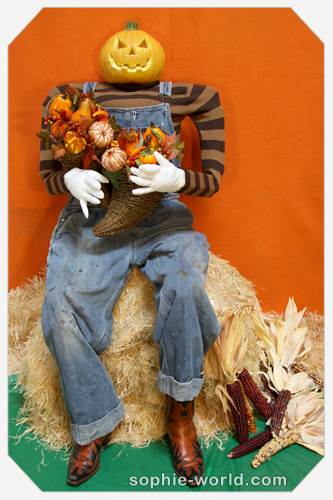 Have fun making your dummy, and remember, if you don’t have all the supplies, use your imagination and substitute other items. Don’t have stuffing? Use plastic bags or shredded paper. Don’t have a rubber mask? Use a carved pumpkin, or a bucket or stuffed pillow case with a face drawn on it. Don’t have gloves? Hide the hands by having the dummy hold something. When it comes to dummies, almost anything will work. The main thing you need is clothes that are stuffed to hold a form, a head, and some low lighting. 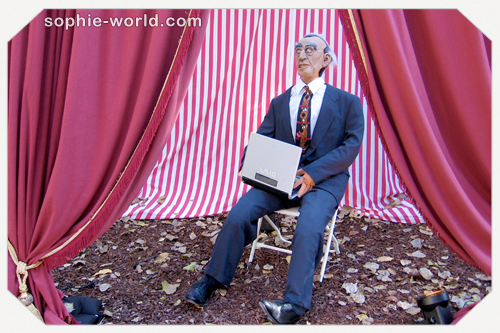 I’ll let you in on a trade secret: the real key to a spooky dummy is low lighting and distance. You want your dummy in a place where it can be seen, but not close up. What makes a dummy so scary is the notion that at any moment it could come to life. What if it’s not a dummy? What if it’s real? It’s that uncertainty that makes it so terrifying... the thought that at any moment it could rise up and grab you! It’s the shadows that get us... not the light! 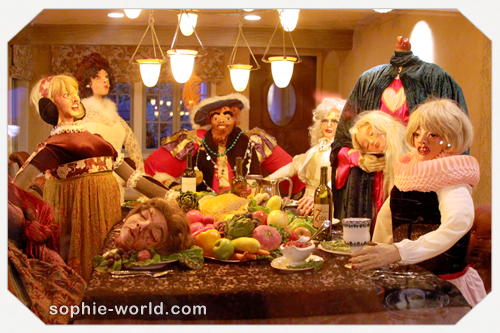