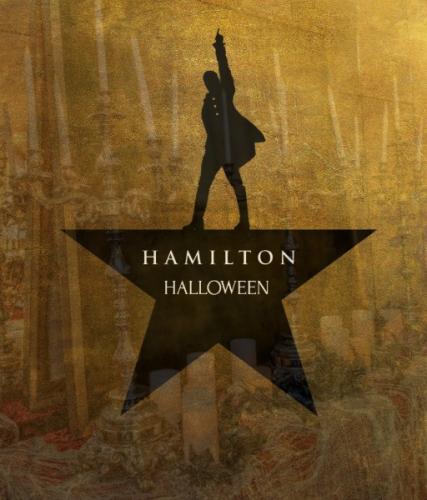 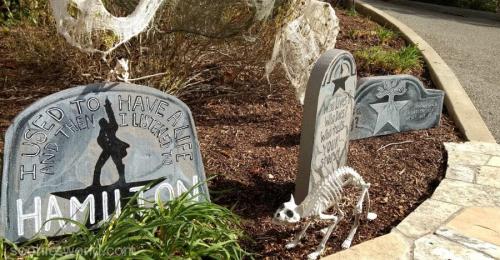 So reads one of the tombstones that graced the entrance to our newest Halloween theme party - A Hamilton Halloween.  After having embarked on this historical Halloween adventure, nothing rings more true in my mind.  Ever since we held this party a week ago, I can’t stop listening to the soundtrack!  I find myself scouring YouTube for any grainy footage I can get my hands on, and scheming to score tickets to actually see the show.  I haven’t been this excited about a musical since Sunday in the Park with George and that was when I was in my teens!

The theme was the brainchild of one of my 13-year-old clients.  She and her friends planned the whole event. They even had a google doc going back and forth to keep track of all the details. I came in to facilitate and take care of all the details.  Let me just say this, 13-year-olds are very savvy, and after years of attending well-thrown parties, these girls have it down.

Being that it’s Halloween, the costume element was a given.  Everyone chose their character ahead of time - we had George Washington, Thomas Jefferson, Betsy Ross, Aaron Burr, two king Georges, and of course, Alexander Hamilton himself. 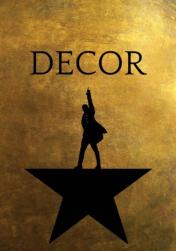 The girls were insistent that the decor NOT be store bought ghouls and ghosts. They wanted authentic 1700's decor. 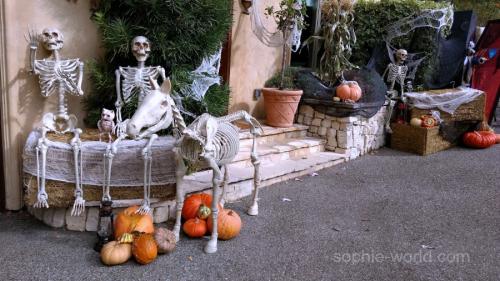 This meant we went a bit more natural - hay bales, corn stalks, really cool pumpkins, and lots of creepy cloth.  We did mix in our “Hamilton” graveyard, which consisted of specific lines from the show - “who lives, who dies, who tells your story”, and “write like you’re running out of time” seemed the perfect tributes for a tombstone. 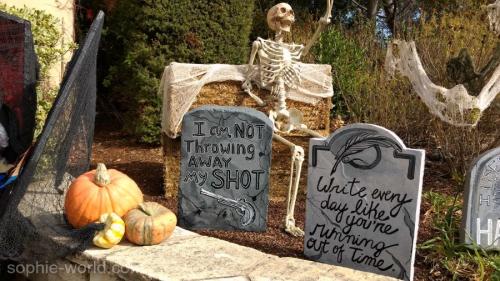 Mix in a bunch of animal skeletons, a coffin with Alexander Hamilton reaching out to share just one more thought, a bunch of wall cling bats, a giant pumpkin painted with the Hamilton logo, and the party decor was complete. 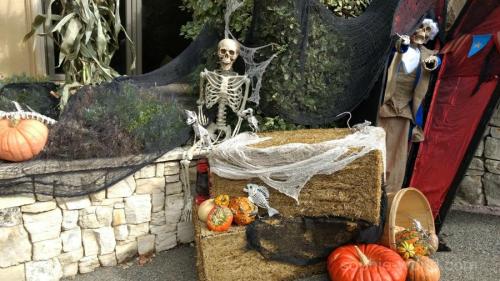 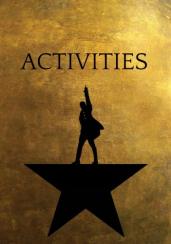 One of the main elements of the party was singing, of course. We draped the garage and built a 12 x 6 stage for performing.  We brought in a DJ armed with Hamilton Karaoke and just let the girls go wild.  It took a bit for them to get warmed up, but once dinner was over, it was non-stop singing for 1 ½ hours.

Capture the Flag Nerf Gun Battle - What’s more fitting than adding a touch of revolution?  We divided the girls into Brits and Colonialists, gave them access to an armory of nerf guns, gave them each a flag, and let them have at it. 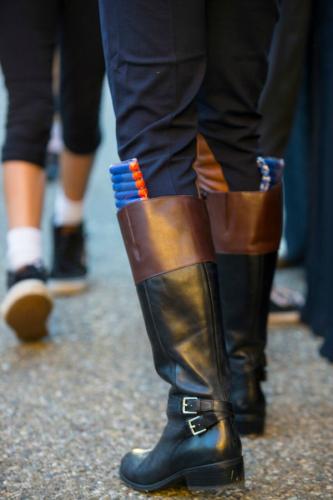 Hamilton Scavenger Hunt - This was a battle of observation - the girls were once again split into two teams and given a list of items that were hidden around the property.  I hit up the dollar store for items like “crystal stemware”, “silver serving platters”, and “miniature lanterns”.  Gold coins and plastic eyeballs (hey, gotta have some Halloween mixed in) were scattered everywhere, and 1 point was given for each stray bullet they found (this helped to clean up after the nerf battle). 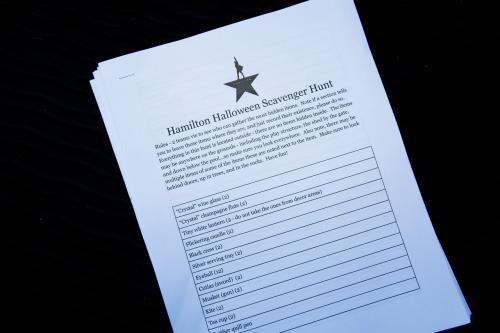 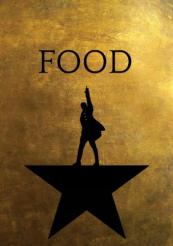 We set the table with electric candles, bone china, and crystal goblets. 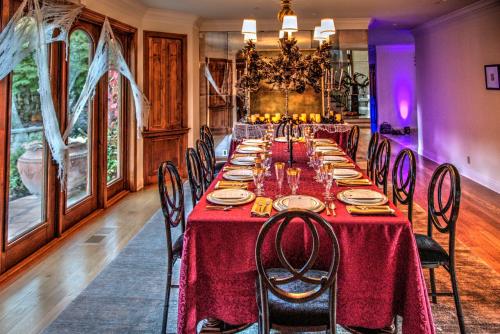 The girls dined on beef stew and mashed potatoes.  Tri-cornered pasties filled with cheese graced the tables, along with vegetables, and given that we are Californians, Quinoa salad.  Dessert consisted of Hamilton cupcakes, cherry and apple pies, and of course mulled apple cider.

A Visit from the King - Towards the end of dinner, we had an actor dressed up like King George arrive.  After admonishing them all from leaving England, he challenged them to a game of Hamilton trivia, and then proceeded to usher them to the stage where he sang “You’ll be Back”. 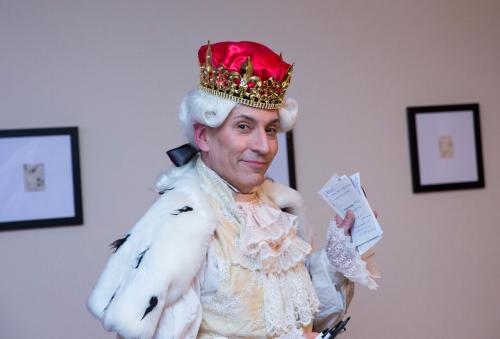 This opened the door for the girls to perform, and they gave the King and all the adults who had arrived early a private performance.

As the King bid his farewells, and the girls warbled one last tune, I looked up into the sky to see the half moon peeking out behind a cloud.  My heart swelled as I looked into that star-filled night while the girls sang about legacy.  It’s a joyous thing to behold when a musical opens the hearts, minds, and eyes of an entire generation of children.  Not since Schoolhouse Rock sang the “Preamble” has history infused music made such an impact.  It struck me just how important music is in our culture, not only to entertain but to teach and inspire.  Which leads me back to my newest obsession...scoring a pair of Hamilton tickets...