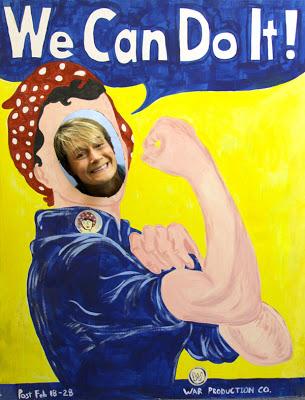 I come from a fearlessly creative family.

What does that mean? In a nutshell, it means that I come from a family that never said “No,” when creativity was involved.

For example, my uncle was a college professor with aspirations of being a playwright, my aunt was an artist and actress who had become a stay-at-home mom, my mom and dad were (and are!) amazing artists in their own right who were struggling to make ends meet, and my grandparents, well -- they just knew how to get things done! So what did we do, as a family? We formed a Christmastime puppet theatre. Every year my uncle would write the show (often with musical numbers), and then we’d sit around my grandparents’ kitchen table and record it on a reel-to-reel player that my pop had picked up somewhere. I can clearly remember passing around the little plastic microphone so we could tape our lines. Later, Pop would splice together the tape. My grammy and I went to the library and got a book on puppetry, and we built our own stage, complete with dimmable lights and interchangeable backdrops. We used lightbulbs as bases to make plaster of Paris heads for our puppets. To this day I remember cutting them open to remove the bulb and the plaster going everywhere. There would be dust for days! 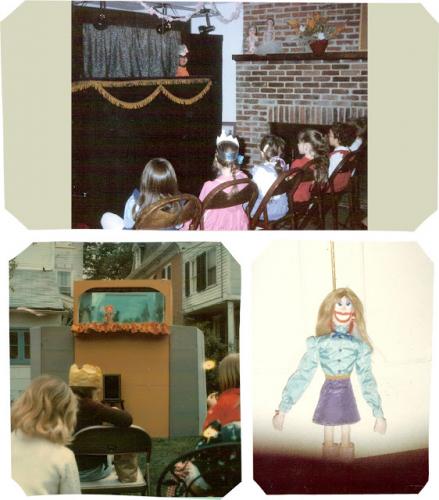 Once the puppets and scenery were completed, we’d rehearse and rehearse, throwing in special effects like Santa’s sack exploding like a magical pinata (in truth it was a balloon filled with treats that we popped with a little pin from backstage). I was always in charge of taking the tickets, and we’d pack the house with two shows every Christmas. It was a family tradition that eventually became a full time job for my aunt, my cousin Greg, and eventually myself. I so wish we had owned a home movie camera back then, it would be a hoot to see those old shows now!

Another example was when the youth fellowship at my church needed a guitar player. All the kids who already played were graduating from high school that year, and none of the leaders played. So I borrowed a guitar, and my parents paid one of the high school kids to teach me how to play the songs. I practiced, and by the time September rolled around, I was leading the singalongs. Now, I must honestly admit that I’m not a great guitar player, and although I play a mean “Hokey Pokey,” you’d never want me playing at your wedding. The point is no one ever said, “Oh Sophie, that’s a stupid idea. Do you know how hard it is to learn the guitar?” I saw a need, and I filled it. 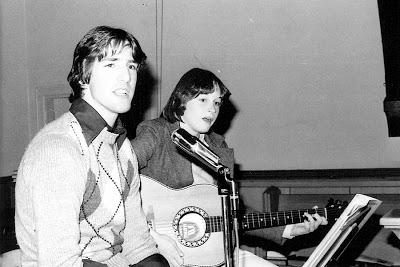 A final example is my sophomore year in college, when I was offered an opportunity to go to London for ten days. It was the chance of a lifetime for a gal who didn’t even have a passport. The only problem was it cost a lot of money. But instead of saying “No,” my family sat down, brainstormed, and got creative. Our solution? A Christmas boutique where every member of the family made something. My dad made these amazing owl ornaments out of walnut shells and epoxy, my grandmother went out into the woods and collected hundreds of prickle berries (they’re actually called sweetgum seed pods) and made teddy bear decorations. My mother sewed countless Merry Christmas banners with hand-quilted leaves. Even my pop made beeswax ornaments. Everyone in the family worked tirelessly for months, and when it was all said and done, they had raised enough money for me to go on my trip, and let me tell you... it was amazing! 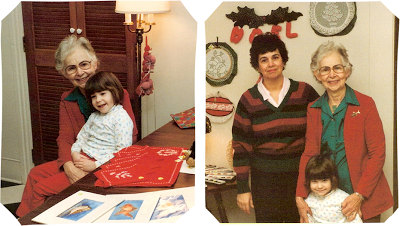 The greatest thing about my family is we never give up. Instead of saying, “We can’t do that,” they’d say, “We can do it!” Just like Rosie the Riveter in those old World War II posters, we’d roll up our sleeves and figure out how to make it happen.

To this day I’m grateful for the childhood I had and the life I have now. I’ll admit it’s never been easy, but it’s always exciting and always challenging. Every day brings something new, and isn’t that what makes life worth living?

I know what you must be thinking: “Well sure, that’s easy for you... You grew up in a creative family. I live with a collection of lawyers, accountants, and bankers.” And you know what? You’re right! But just because you didn’t grow up as I did doesn’t mean you can’t start to think creatively -- all it takes is the desire to try.

I see it all the time in the craft programs I hold in the public libraries. Folks come in, nervous that they’re going to do something “wrong” or create something ugly. More times than not I’ll hear, “I’m just not the creative type,” or “This isn’t my thing, it’s for the kids...” For some reason many adults don’t seem to feel they have the permission to play and be creative. Once I’ve convinced them it’s okay to participate, and that there is no “right” or “wrong,” they begin to loosen up and enjoy the journey. And what’s most gratifying to me is that to a one, they always make amazing stuff! The look of pride on their faces... it’s priceless.

So I want to give you a challenge. I want you to let go of your fear! I want you stop thinking that you have to invent some Martha Stewart-esque creation (because trust me, even I can’t do that, and I’ve been making art for years!). Grab your kid’s hand, a pencil or pen, and start making squiggles on a page. See where it leads you. Doodle. Let your mind wander and lead the pencil where it wants to go. Still nervous? Think it’s not good enough? Want to really loosen up your grip on perfectionistic creations? Try another one of our games, Blind Drawings.

I want you to realize that you too can do it! You are a creative being! You can be fearlessly creative! You just need to give yourself the permission to do so.