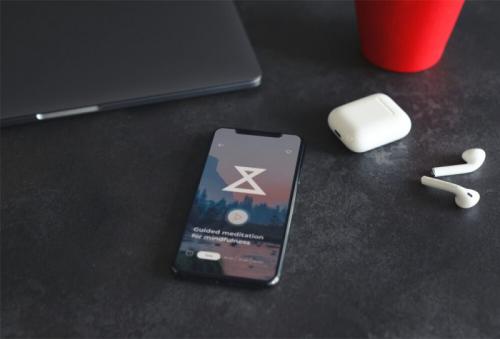 I became interested in meditation about 12 years ago.  I had been hearing about its benefits for years from what I would call my "yoga friends".  Quite frankly, I didn't think I had the time to dedicate to such a practice.  My "YFs" were always heading off to spiritual retreats, talking about taking time to find themselves and quite frankly were a bit too "woo woo" for me.

Then about 5 years ago I discovered this book 8 Minute Meditation by Victor Davich.  I figured, 8 minutes, I can handle that.  Well...I could...but I have to be honest...I was bored.  However, a fire, albeit a votive candle sized one, had been lit within me. I began casually seeking out ways to engage in meditation.  2 years later I discovered the Calm App - and I finally understood why I was having trouble meditating. I was one of those people who needed guidance, reassurance, a verbal map.  I needed a story to follow.  Now, I know some would consider this a "cheater method". But hey, I was taking time for myself, carving out those precious 20 minutes a day to focus on nothing but me and my breathing and I was actually seeing results.

So, when I was offered the opportunity to try the new Declutter the Mind app, the brainchild of Corey Ferreira, I jumped at the chance.  I was intrigued to see how this app would stack up to what I would consider the 800 pound gorilla of "Calm".  To make sure that I was giving the app every benefit of the doubt, I stopped using my Calm app, and focused completely on Declutter the Mind. Here's what I found.... 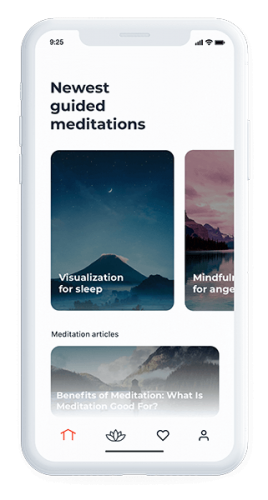 #1.  There is what I perceive to be, a very masculine sense to these meditations.  By that I mean there is no background music, crickets chirping, birds tweeting. It's just Corey, guiding you along.  At first, this really bothered me. I wanted to be one with my virtual nature, even if it was only a loop of the ocean lapping on the shore or the wind rustling through the trees.  I didn't like the silence.  When I would listen to his guided meditations through my earpods I could distinctly hear times when the verbal meditation would end, and silence would kick in.  It was like someone turning on and off a recorded message. That bothered me for some reason.  However, the longer I took part in Corey's offerings, the more I began to sink into those silences and actually ruminate on the guided words that had proceeded the flipping of the silence switch.  It began to bother me less and less the more I used the app.  Which leads me to think that this is probably not a bad app to use as a starter.  Corey has a way of granting the listener permission to take the time to meditate, something that I personally seem to need.  I need to know it's okay for me to take time for self-care, to slow down, to breathe, to just sit and settle my mind. 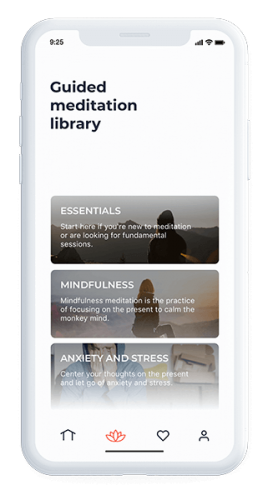 #2.  You can adjust the amount of time you meditate.  Each daily meditation comes in either a 10 or 20-minute version.  This is great if you have a pressing schedule.  Not all of the meditations in the library are like this, most are set for 10 minutes, but it's nice that the daily offerings give you that option.  I have found, given the amount of time I might have in any given morning, that it's nice to do the daily meditation for 10 minutes and then follow it up with one of the "thematic" offerings. 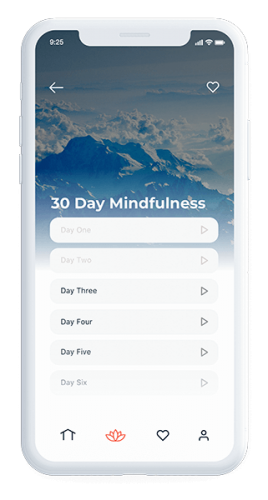 #3.  The countdown.  Each meditation comes not only with a clock but also with a visual countdown.  The app's virtual hourglass slowly ripples and dissipates as you meditate.  This is a good thing for beginners.  I remember when I first started meditating on my own, I would set the timer for 8 minutes...and I would forever be peeking to see how much time I had to go.  Realizing this early on was very helpful when navigating the sittings, especially with that "on/off" switch I described in number 1.  This feature allowed me to make sure I was still on track, that I hadn't somehow hit the pause button on my phone, and that I could close my eyes again without the fear of missing my first meeting of the day. 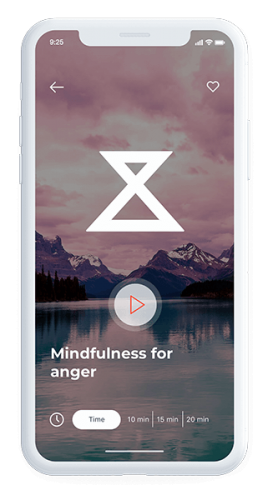 #4.  The meditation offerings.  Along with the daily meditations there are what I would term "specialty" meditations, meaning they are set to target such areas as relaxation, anxiety, grieving, loving kindness.  These offerings are fine, and can be used as add-ons or stand-alone meditations.  I found these to be okay - not entirely enlightening, but they were fine.  I certainly didn't come out of one of these going - "ah-ha, now I've got the solution to this feeling I was feeling", but then, that doesn't seem to be the goal of this app.  The goal seems to be an introduction and explanation of acceptance.  It's more of a no-nonsense, cut and dry approach to meditation. 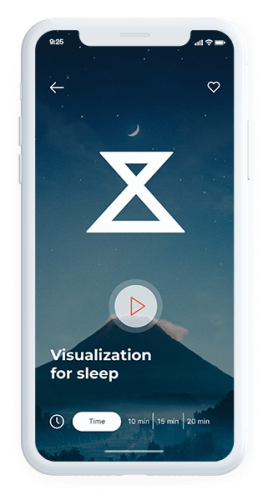 #5.  The articles.  This might actually be my favorite part of the app. and the thing that sets it apart from others.  The articles cover subjects like 10 acts of generosity, social anxiety, mindful eating, mindful dating, reinventing yourself.  For the most part these are written with great clarity and grace by Amber Murphy, although a few are written by Rachel Sharpe.  The writing on these posts is informative, passionate, and connected to the needs of today.  I could use dozens more.  Seriously.  I've read and re-read each one at least twice, some more.  I feel like the little boy in the musical "Oliver", "please sir, may I have some more?" 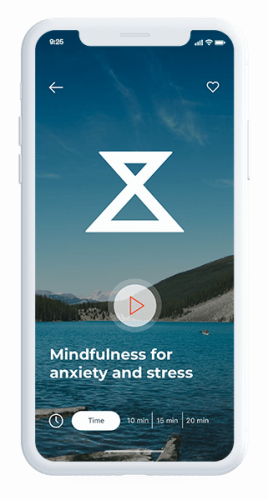 #6.  The guided courses.  I decided to power through the "30 day Mindfulness" course double time, so that I could give as honest an opinion of the app as possible.  I would say the tone is very similar to the daily meditations. Corey explains things like "the monkey mind", "storytelling", and "noting", things that are important to know when beginning meditation.  It's okay...I wouldn't call it mind-blowing, but it's informative.

My Overall Thoughts on the App:

I applaud Corey's passion for meditation and his desire to share.  This will appeal to folks who want a straight-forward, unpadded, non-"woo-woo" experience.  I can only assume that there will be more articles, courses, and insights coming.  It feels like an app in its beginning stages, which is fine, however, I'm not sure I would advise someone to jump in and get a year subscription just yet.  Don't get me wrong, I think everyone creating content should be paid. However, if additional content isn't added on a regular basis I could see this becoming rather stale rather quickly.  At the moment, the site is a bit meese for the cost.  Here's my feeling...try the free version...see if it calls to you.  If it does, try it for a month.  You may find that this app is just what you need to start you on a track for mindfulness, or you might find that you need more.

In any event, I think it's a worthwhile app to try, give it a week...see what you think.