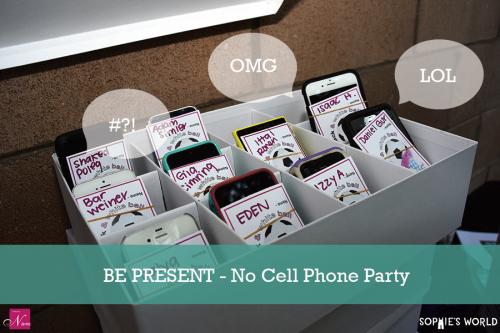 Over the past 8 years I’ve noticed the rapid growth of a disturbing trend.  I call it the isolation effect.  Kids, primarily age 10 and above, are coming to events and spending 75% of their time with their heads bowed and their fingers racing across tiny keyboards.  While they may be physically present, they certainly aren’t experiencing the party.  And the worst part - 90% of the time they are texting or snapchatting someone who is also at the party!

I recently discussed the phenomenon with some of my clients. We are all in agreement.  This behavior is not only anti-social, it’s downright rude.  As an event planner, I spend between 50 and 100 hours working to make an event special.  I pour over every detail in an attempt to create the most engaging experience possible. To have someone simply “check out” is a bit of a slap in the face.  The implication is “all your work is meaningless, I’d rather play with my phone”.  I know the event hosts feel the same. For them it’s doubly bothersome.  They have invested not only time but also a large amount of money.

This is why, at my last two large events, we tried something new.  We had a “cell phone free party”.  I viewed this as a sort of experiment.  I was prepared for a large blow back from the kids.  What we discovered was surprising and encouraging.

Here’s how we handled it:

We notified the guests in advance.   We made it very clear in the invitation that the party was going to be phone free.   Guests were informed that all cell phones would be “checked” upon arrival.  Access after that would be limited to a phone check area.  Parents were given the phone number of our attendant and told to call that number should they need to reach their child during the party. 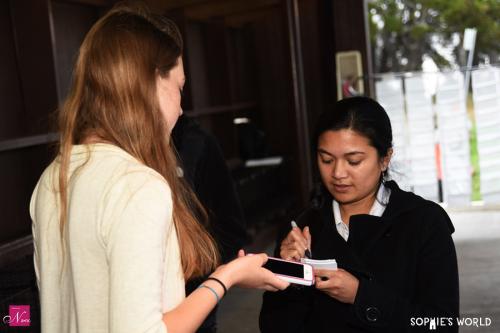 We set up a phone check area.  To ensure the safety of the phones, we created a separate cell phone depot within the coat check area.  As guests arrived their names were written on a tag which was then rubberbanded to the phone, and placed in a compartmentalized box.  Once all the guest arrived our team alphabetized the phones, for easier pick up at the end. 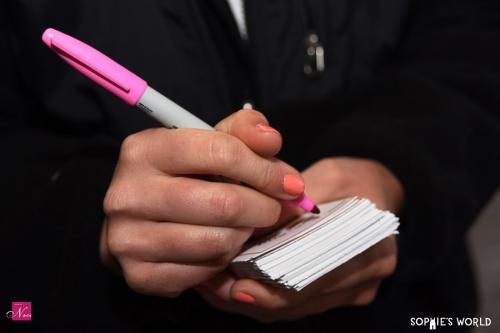 We monitored usage during the party.  If a phone started ringing more than twice in a row, we figured it was probably a parent trying to reach their child.  The attendant would slip a note to a runner, who would pass the name onto the DJ, who would then make an announcement for the guest to come to the coat check area. 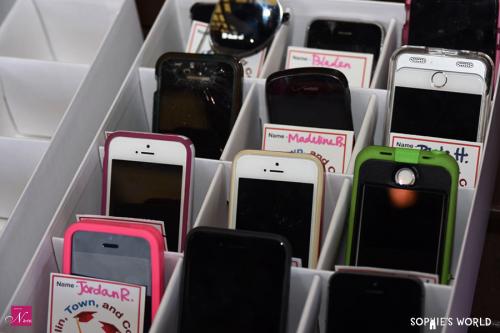 At the very end of the party, guests were reminded to retrieve their phones.

Here’s what we discovered:

For the most part, guests gave up their phones readily. 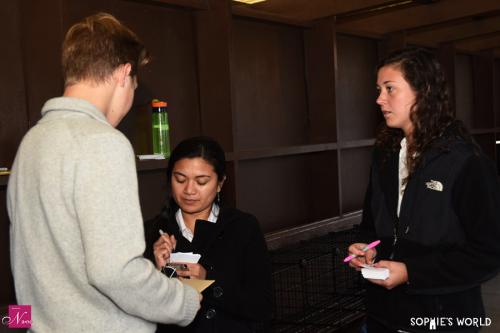 Without their phones, the guests took advantage of everything the party had to offer.  My vendors noted that they were busy all night long, which in our world is a good thing.

Very few guests retrieved their phones during the party.  Although there were two incidents worth sharing, one from each party:

At the first party, while we were still trying to figure out the best way to handle this, we had one young man request his phone to call his parent.  The attendant allowed him to take his phone outside. They didn’t specifically however, tell him to return the phone after the call.  10 minutes later I found him hunched in a corner, surrounded by a sea of laughing and dancing guests, with his nose pressed up against a small screen.  I held out my hand, and he sheepishly relinquished the device.

Halfway through party number two, we had a young lady ask that she keep her phone due to medical issues.  Of course, we agreed.  We found her a few minutes later, huddled up with a group of 5 other girls on a couch snap chatting.  We determined her “medical issue” to be nothing more than phone separation anxiety.

All in all, I think our experiment went pretty well.  The parents' reactions were encouraging. Many thanked us for setting a precedent.

I think back on my own awkward teen years and realize that as painful as those dances were, they were necessary to help me figure out how to socialize. Without the safety net of phones kids are forced to talk to one another and socialize, in real time and in person.  There is a huge difference between a "LOL" and actually sharing a laugh with your friend.  Behavior and social graces can only be learned from actual human interaction. 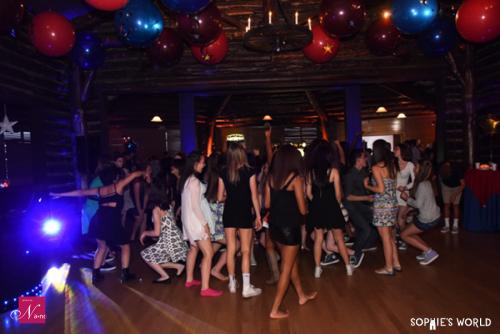 We need to create social environments where guests are present, not just there.  If that means "pulling the plug" for three hours, I’m willing to risk getting a little shock. 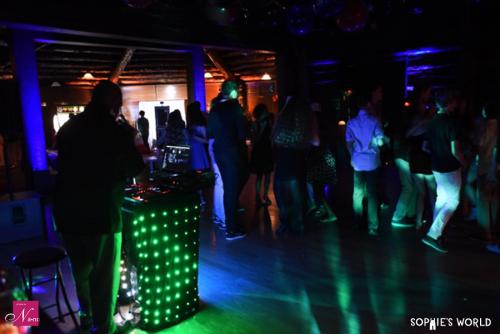 Doesn't this look like more fun that playing on your phone?