Years ago, our dear little friend Jake visited the warehouse while his daddy Doug was at work.  My sister Freda promptly plunked down next to Jake and began constructing an intricate lego town while getting into a very deep conversation about the movie Ratatouille.  There was a lull in the conversation, and then, out of the blue, this tiny little voice squeaked, "would you let a rat cook your dinner?"

Which begs the question;  "Would you let a robot make your coffee"?

The Team at Cafe X sure hopes so. 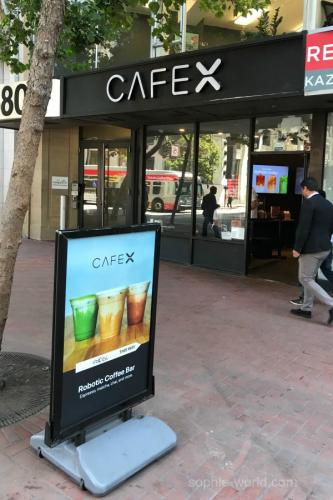 I was walking down Market Street on my way to an appointment when I stumbled across the tiny, high tech shop.  What initially caught my eye was the sleek signage; I had to pop my head in, just to see what it was all about.  Was it a new kind of drink?  A fusion between bubble tea and kombucha?   Or maybe some new brewing technique that required superheated tesla coils and nitrogen? 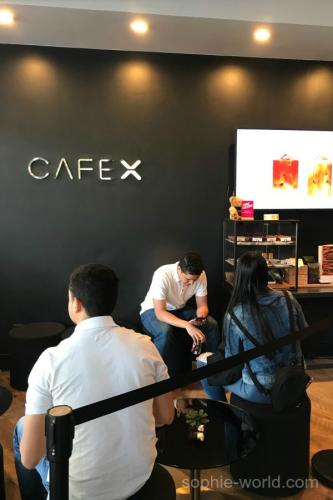 Imagine my surprise at finding that this little coffee shop's draw was not so much the items it offers up; although yes, they do have kombucha and nitro cold brew on tap,  but who, or should I say "what", is doing the offering. 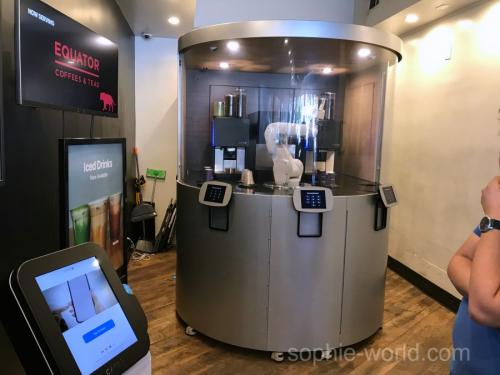 Upon entering the minimalistic and modern cafe the eye is drawn immediately to the cafe's center point.  Housed within a futuristic glass unit that resembles a high tech version of a ticket booth, lives a nodding, dancing, waving robotic arm that presumably makes your coffee for you.  Technically, the arm does nothing but transport your coffee to the little elevator delivery system, however, if you treat the entire booth as the robot, then it certainly lives up to the claim of it being a fully robotic-created cup of coffee. 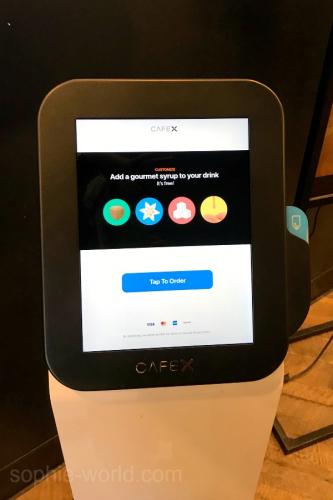 This is how it works...you enter your drink preference into one of 3 iPad like consoles.  Your choices are limited and pretty specific, there is none of that triple, venti, half sweet, non-fat, no foam, caramel macchiato choices.  You can have either organic whole milk or oat milk for your standard cold and hot drinks.  You swipe your payment card and step back and watch as the machine takes over.  Inside the booth are a series of machines that mix and brew your drink.  As soon as the process is completed your name appears on a screen along with an access code.  That's when the robotic arm does its thing.  Immediately it ceases dancing and sets about transferring your very full cup from the brewing zone to the delivery zone.  Once you place your code into one of the 3 delivery portals, the arm skillfully picks up the libation and gently places it on the elevator.  The minute the drink settles on the elevator pad it begins it's decent, a door slides open (much like those doors on the Enterprise) and your coffee is revealed.  If any spilling occurs, it will be due to human error. 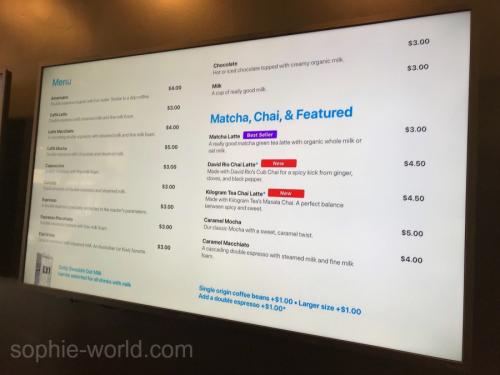 Dancing and waving aside, it's pretty dang impressive.  I'm a chai tea fan. The two versions I've tried have been pretty tasty.  I'm planning on trying the coffee next time I'm in the hood. 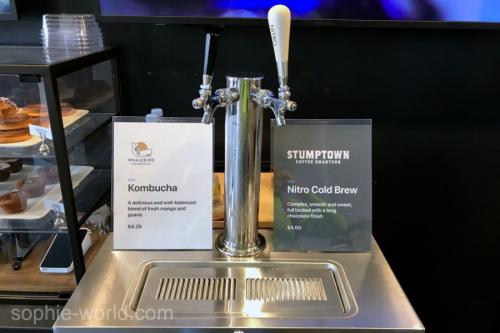 Now, before you get up in arms about the loss of human interaction, I should note that there is always at least one live person roaming around.  I've become so intrigued by this little stand that I've been in 3 times. Each time I was greeted by a very warm, friendly and helpful staff member.  Things like the pastries, on-tap drinks, and condiment table need to be maintained, for now at least, that still needs a human touch.  These kind folks also serve as concierge to those who stand clueless and dumbfounded in front of the iPad consoles as well as tech support when the robot malfunctions (evidently every now and again the arm will get a little full of itself and knock over a drink inside the booth). 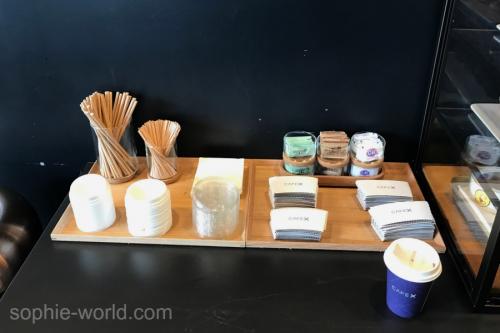 I'll be intrigued to see how these Cafes progress.  Presently, there are 3 in the city of San Francisco. I can only assume they are planning to branch out more and more.  I would imagine that there is something very attractive about this innovation because it will afford small spaces the opportunity for high end coffee.  It's certainly a far cry from those automated coffee machines from the past.  The ones where the cup would drop down and a scoop of freeze-dried coffee, nondairy creamer dust and hot water would be unceremoniously dumped into the same cup.  This might just revolutionize hospital and police station coffee one day.  Imagine...no more jokes about bad coffee... 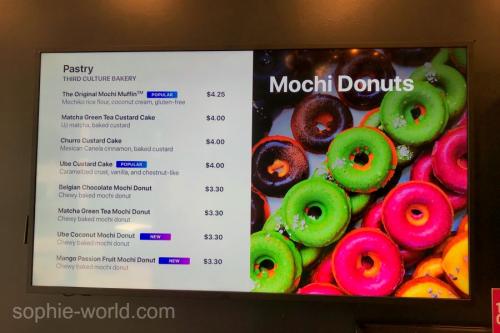 Only time will tell.  It will be interesting to see how this affects the Starbucks chain since a big part of that world is the hustle-bustle and interaction with all the baristas.  That's one thing I have to say about Cafe X, it doesn't encourage the coffee house vibe.  I didn't get the feeling that I could sit down in a corner and converse with a client or friend.  This is not the place where JK Rawlings pens her early novel, or budding poets and artists fill leather-bound books with their inspirations.  It feels like a high-end automat.  Get in, get out.  But in this world where folks are rushing from one thing to the next, the fact that you can order your coffee on the app, while you are still 2 blocks away, and have the order ready the minute you step through the door, is pretty impressive. 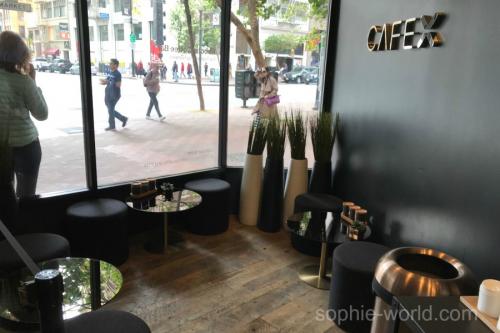 I have to admit though, I do feel bad for the Cafe X hosts, as they are totally on their own, and I'm sure that waving arm doesn't spark many conversations, even if it could learn sign language.