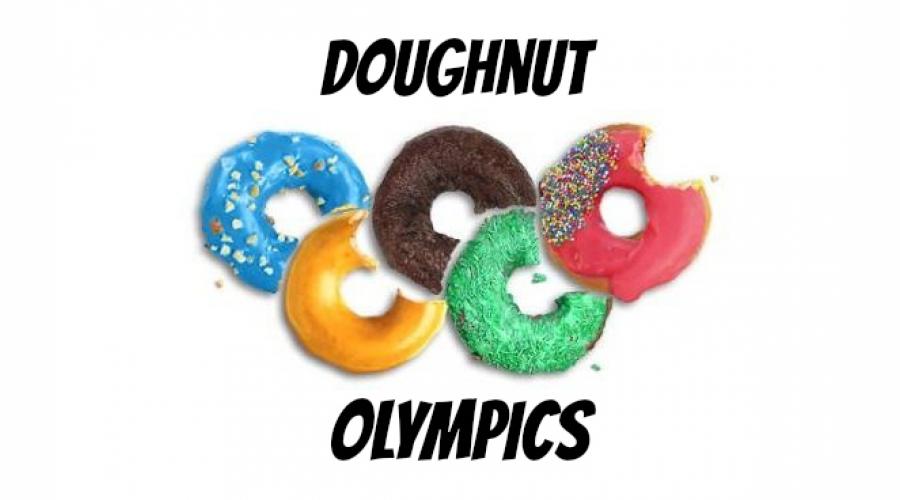 A series of team building and silly challenges all using our favorite baked good. 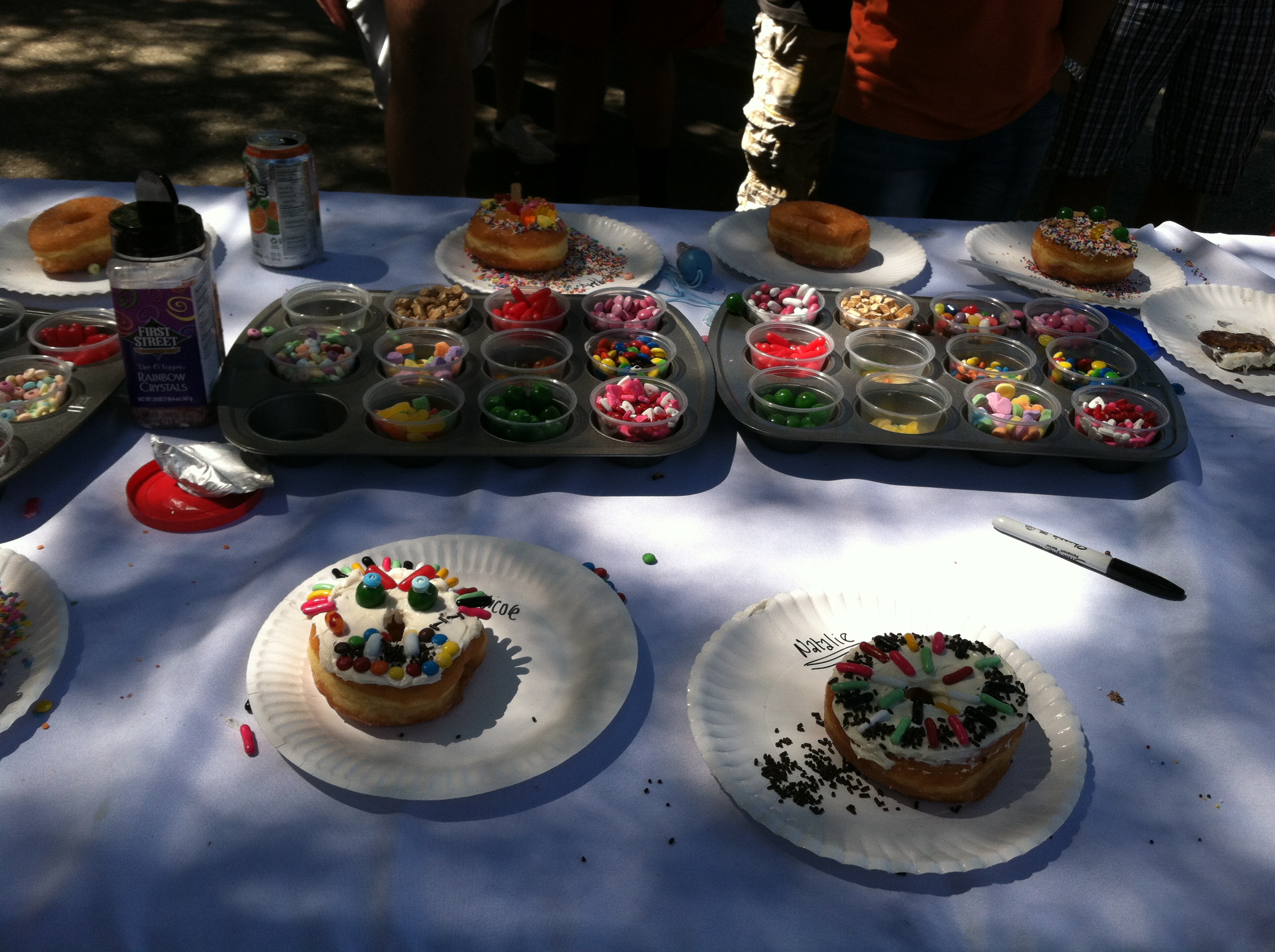 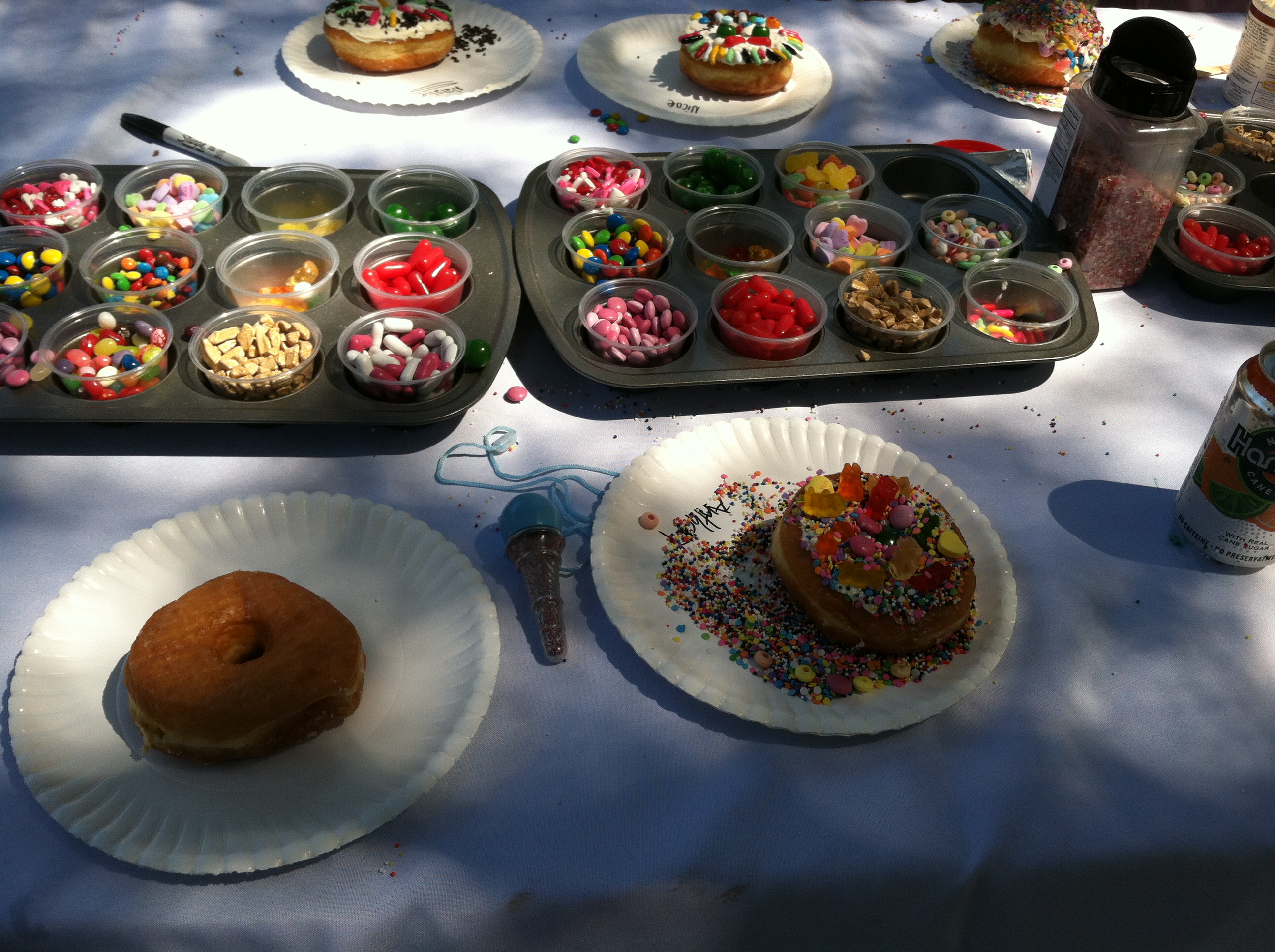 DOUGHNUT DECORATING - A table is set with plain doughnuts, icing, and assorted candies.  Players are given 10 minutes to create their most creative doughnuts. Decorating can be themed based: monster, floral, geometric, colorful, etc.  Or if you like, or themes can be decided upon the spot.  In our case, everyone received a prize.  We came up with funny awards for each one: most explosive, best overall design, most ingenious, etc.

DOUGHNUT TOWERS - Using doughnut holes and spaghetti, teams are given 3 minutes to construct the tallest tower possible.  We didn’t give any rules other than those two materials were the only usable materials, and that the tower must stand on it’s own for 30 seconds during the judging.  We also came up with the ruling that the measurement ended where the last donut stood, meaning that the pasta didn’t count, only the donuts. 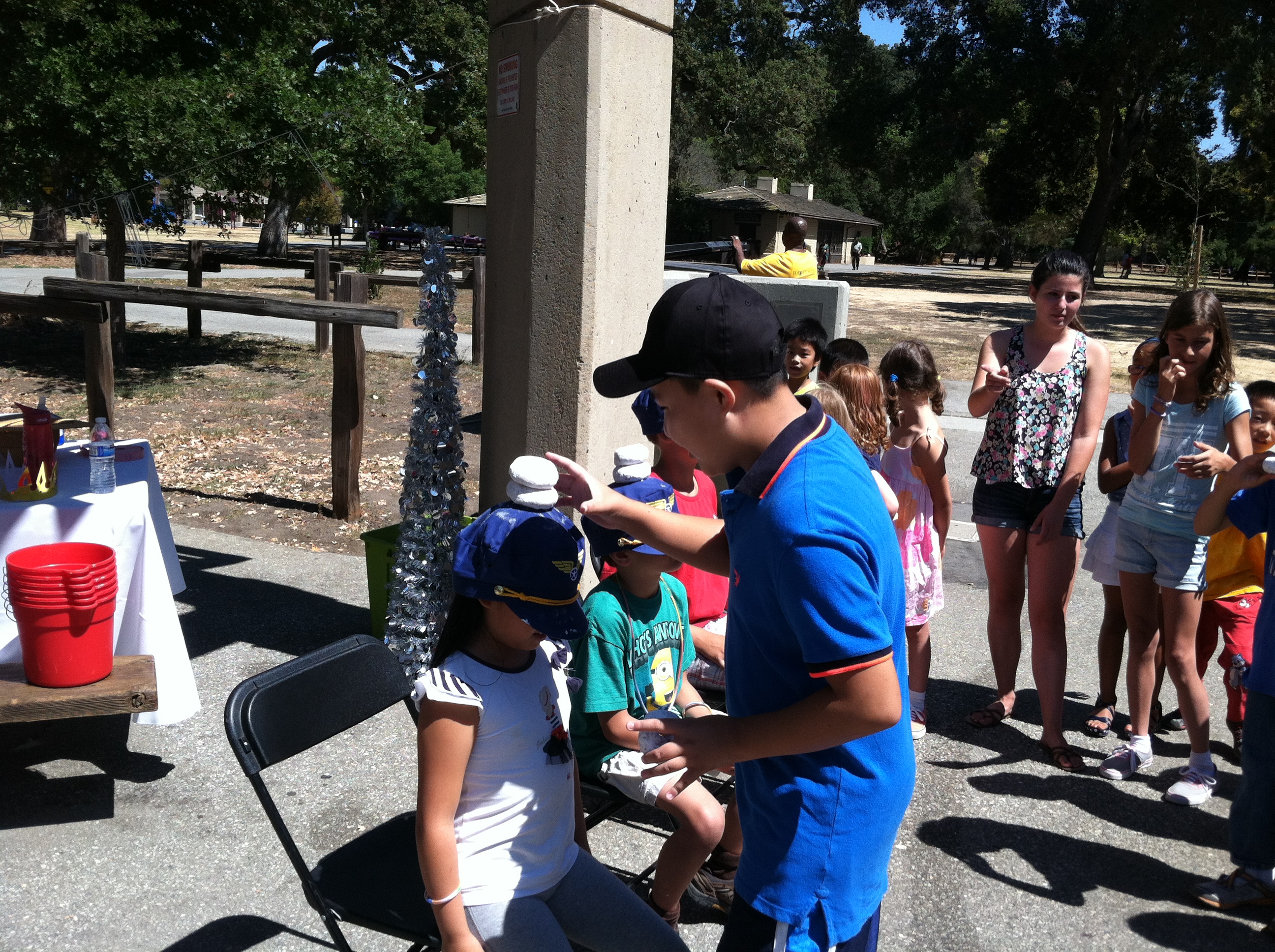 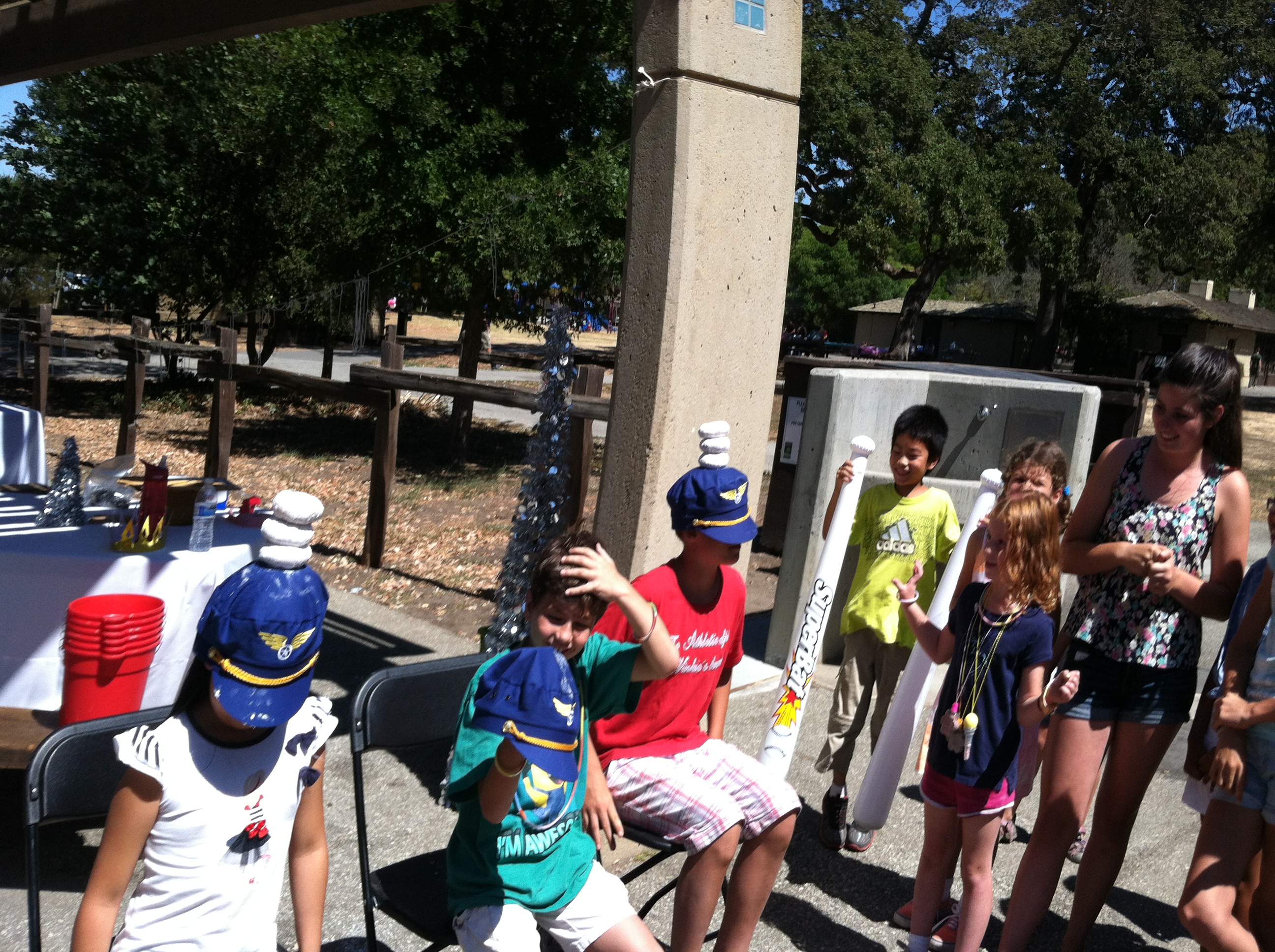 THE GREAT DOUGHNUT STACK UP - This is a team competition.  One player from each team is chosen to place a police hat on their head and sit in a chair. On “go”, the first team member selects a doughnut from a tray and balances it on their player’s head (hat).  The player then stands up and sits down, trying not to dislodge the doughnut.  One by one team members take turns stacking doughnuts on their player’s head, with the player standing and sitting between each round.  The team with the highest stack of doughnuts wins. (note - allow the team members to adjust the stacks as they place doughnuts, but once their hand was removed they could not touch the stack again)

DOUGHNUT PASS - Another team challenge.  Team members line up one in front of the other and hold a chopstick in their mouth.  On “go” the first player picks up a doughnut from a tray and places it on their chopstick.  They then pass the doughnut, without using their hands, to the next player.  Passing continues until the end of the line, where the doughnut is slid onto a platter, again, using no hands.  If at any time the doughnut falls to the ground, it is out of play.  Once a doughnut leaves the chopstick of the first player, they may begin with another doughnut.  Play continues for 3 minutes.  The team with the most doughnuts on their tray wins.  This is a souped up version of our Pasta Pass game.

DOUGHNUT DELIVERY - A tray of doughnut holes is placed at the end of the table. A bowl is placed at the other end.  On “Go” the player has 1 minute to deliver as many donuts from the tray to the bowl without using their hands.  Broken or partial donut holes do not count, only full holes.   The player who achieves the most transferred donuts, wins.

Doughnuts on a String

Doughnuts on a String is "bobbing for apples" in reverse. Instead of dunking your head into water, you're stretching as high as you can to nibble on dangling doughnuts. The doughnuts bob and sway, which is challenging enough, but then add the extra touch - NO USING YOUR HANDS. Make sure you string up plenty of doughnuts, because everyone will want to do this more than once, guaranteed.

Make sure you serve lunch before the challenges.  No one will be hungry afterwards.

Save some of your doughnuts on a string to serve as medals.  Or create new ones: first place - chocolate dipped, second place - cinnamon sugar, third place - powdered sugar.