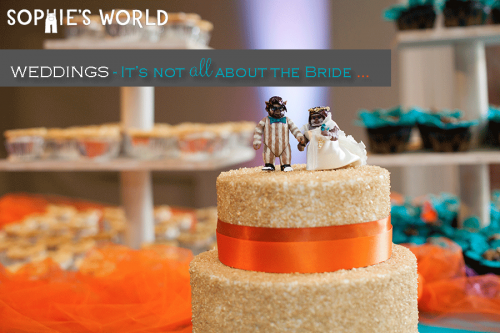 How many times have you heard the expression “weddings are all about the bride”?  Welllllll….I’m here to tell you that two of the best weddings I’ve ever been a part of were primarily about the bride, but also had a clear and intentional nod to the groom!  Which is what made both events absolute blasts to plan and attend!

It’s true, the brides did most of the planning.  When it came to things like color scheme, linens, and centerpieces the grooms basically just nodded and handed over the checkbook.  However, each bride made certain that the event also highlighted something special for their future husbands.

Our dear friend and assistant Jennifer’s husband is an avid duck hunter.  For their wedding, we set up a duck-hunting-themed cigar bar behind the reception hall, complete with a wine barrel table and duck decoys from the groom’s grandfather.  The centerpiece was a photos of (her husband) Pat holding a veritable paddle of ducks in his left hand.  His right arm was slung across his dad’s shoulder and in his mouth - a giant stogie.    Next to our other beloved Annette’s (the brides’ sister) rapping “toast”, the cigar bar was the undisputed hit of the evening.  At one point I looked up from the dance floor and realized that 2/3 of the party was gone…they had simply vanished.  20 minutes later the dance floor was packed again…this time smelling more than a bit of smoke and ash.  When we cleaned up at the end of the night there was nary a cigar band left. People ate (or should I say inhaled) it up! 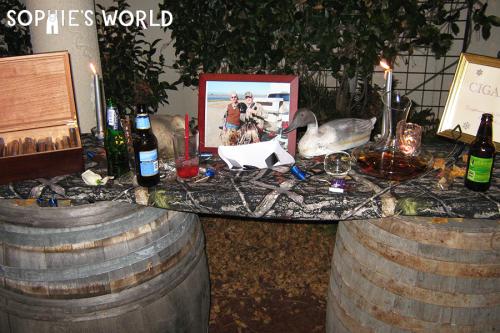 My (now) brother-in-law is from Kentucky, the home of bourbon and so it only seemed fitting that Freda honored him with a tasting bar! 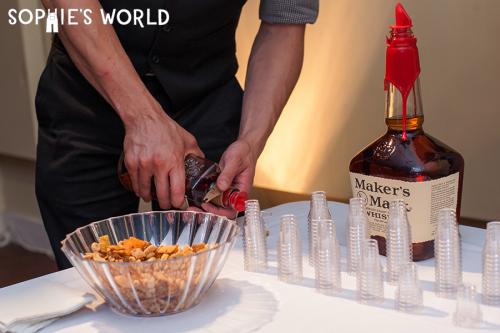 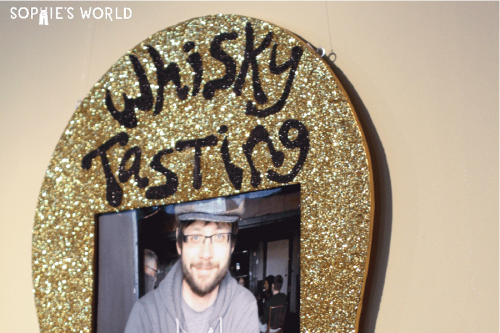 My sister made an adorable sign to hang over the bar, and the Coire wrote up tasting notes.  Bottles were set out, and guests sampled all night long!  It was an awesome idea. Folks would sidle up to the bar, check out the bourbons, and inevitably begin discussing the pros and cons of each brand.  It was a great way for out-of-towners and locals to mix and mingle.

Another little touch that my sister added was setting out a little basket of “take home Yahtzee” sets for anyone who wanted one.  Yahtzee is one of Coire’s favorite pastimes. 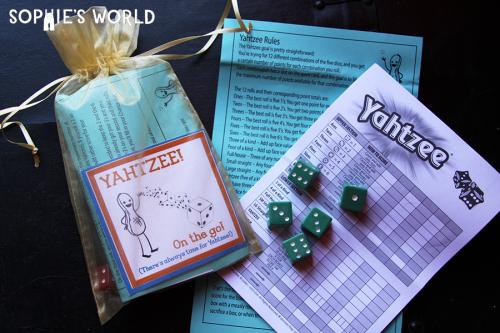 Neither of these items were hard to pull off…or cost an extraordinary amount of money. But they echoed both brides’ heartfelt sincerity in making sure that their spouses had something special for them as well.  Which is just as it should be…I mean think about it…it’s a marriage…not a “matriariage”! 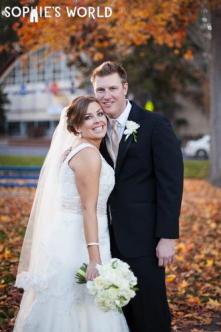 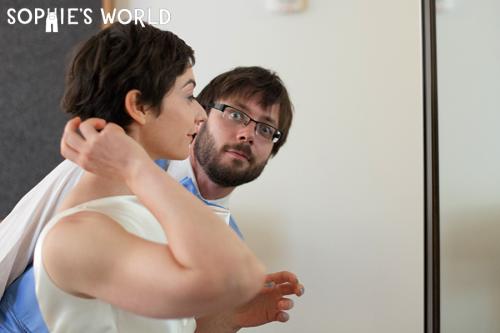 The Happy couples (From the top: Jennifer & Pat and Freda & Coire)