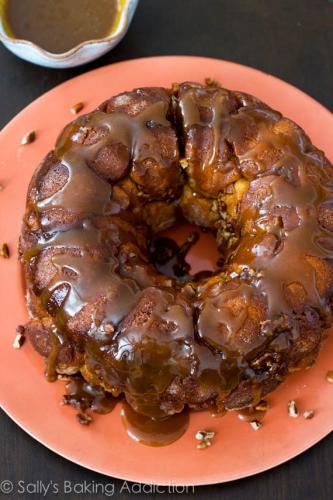 I have a series of blogs that I call, You Made It, I Love It  where I highlight blog posts written by some of the amazing folks found on the internet.  These posts usually focus on some sort of crafty creation. Every now and again I'll highlight a cooking blog.  Last week's "You Made It" featured this amazing confection from my childhood - Monkey Bread. 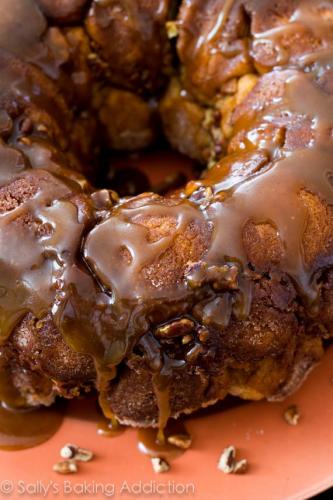 Now, I have to admit that I don't always have time to try all of the "You Made It's" but as I explain in my post, I was in a bind, and the blog was the answer to my prayers.

In my family, my husband is the gourmet cook, but my mom is the baker.  She's one of those moms who can make a perfect pie crust or batch of muffins without blinking.  She doesn't have to use recipes, she just bakes by feel.  Is something a little dry?  She knows precisely which liquid to add.  Is something too wet?  She knows instinctively with binder to pull from the shelves.  It's pretty amazing.  I've even seen her substitute one item for another when she's missing an ingredient without consulting a manual or the internet.  She's a baking pro. 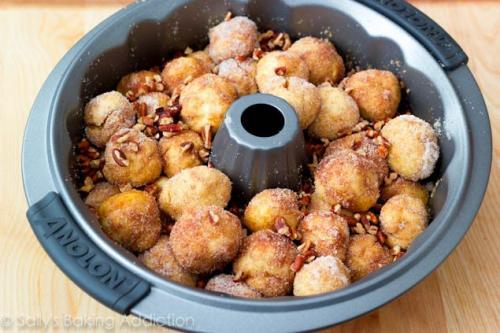 When I embarked on my mission of creating Monkey Bread in Mexico, I admit I was a tiny bit hesitant. Especially knowing I was going to be using yeast, an often finicky baking supply.  However, Sally McKenney, of Sally's Baking Addiction, convinced me that I could handle it.  (Please note, although I made and distributed this bread 3 times in Mexico, I was so engrossed in the process that I forgot to take pictures - so all the images you see in this blog come from Sally McKenney's site). 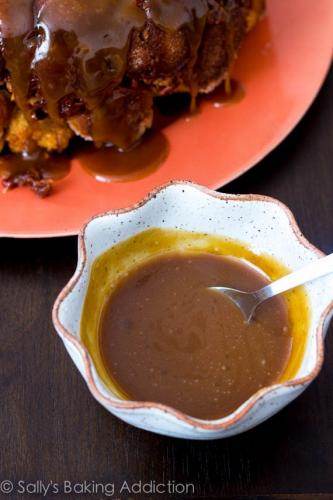 My favorite part of the recipe was the caramel sauce - for some reason, I just found the act of mixing melted butter, cream and brown sugar together over heat to make creamy caramel sauce extremely satisfying.

Sally is a true inspiration, and her recipes are really easy to follow.  However, I want to tell you about my one little mishap, which had nothing to do with Sally's tutorial, but a simple unlabeled canister in my kitchen.  One of the really fun parts about making monkey bread is making the dough.  I mixed mine by hand. I felt just like Laura Ingalls from "Little House on the Prarie", as we don't have a hand mixer in Mexico.  I was so proud of the way my dough rose overnight and loved rolling out the little balls.  After dipping each ball in melted butter, coating it in homemade cinnamon sugar, and placing it into the bundt pan, I reveled in drizzling on that caramel sauce before promptly placing it in the oven. 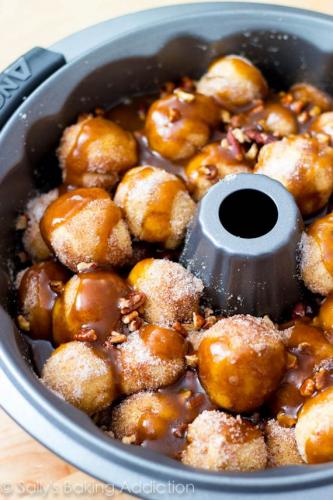 The smell that filled our kitchen was unbelievable.  I felt like I had just inherited a Cinnabon franchise.  I actually do a lot of baking in Mexico with my dear friend Indigo.  Some of our ventures have been successful. Others might be considered fails.  But she would have been ecstatic over my Monkey Bread.  Even my husband Scott was impressed when I opened the oven to remove the perfectly baked confection. It wasn't until 10 minutes later when I decided we should sneak one from the bottom just to make sure it was as tasty as it looked, that I discovered my Monkey Bread was monkeying with me.

Way back in February Indigo and I had tried desperately to make playdough surprise balls for my godson Emiliano.  To do so we had to make a ton of homemade playdough.  If you've never made playdough before there are two main ingredients; flour and....salt.  I'm sure you've already put 2 and 2 together.  Yes...that's right.  The canister that contained what I thought was white sugar turned out to be the leftover salt from the playdough.  When I thought I was rolling each ball in cinnamon sugar, I was actually coating them in Sodium Chloride.  I will never forget Scott's face as we shared that first little blob of what we assumed was going to be decadent goodness.  The look of surprise as our ecstasy was overtaken by the taste of Alumn was instantaneous. We both literally gagged mid-bite. 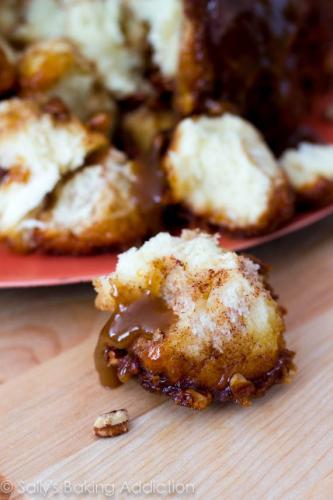 The reality of what I had done come crashing down on me like a sledgehammer.  I had never checked to make sure that the white granules were sugar, I just simply assumed, because there was so much of it in the canister.  Needless to say, my first batch was tossed unceremoniously into the compost bin (not even animals would eat that).  Scott said he was literally thirsty for 2 days!

Now, I do want to report that my next two batches were perfect and that they were easily the hit of the complex, however, I do recommend this to anyone who decides to make this monkey bread....make sure you know your sugar from your salt.