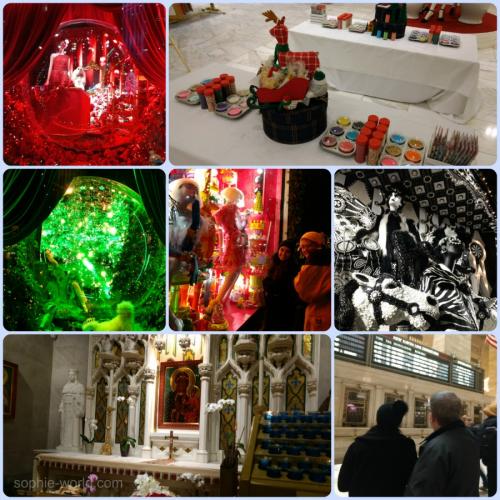 Once again our friends at Brooks Brothers invited us to participate in their annual Christmas fundraising event for St. Jude's Hospital.  It's a really nice event filled with treats, musical entertainment (The Boys and Girls Choir of Harlem, Pretty Woman: The Musical, Mean Girls, and Wynton Marsalis) cookie decorating, ornament making, a visit with Santa and shopping.  The store donates 10% of all their sales to St. Jude, which makes the evening all the more special.  As this is our 4th year with them, we get to see some of the same faces, which always makes it fun.  There's something special about seeing little ones grow up and connecting for that short span of time each year. 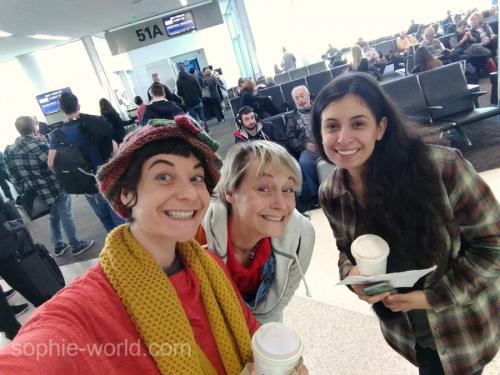 This year we took one of our beloved assistants, Lani with us.  Lani hasn't flown since she was 6 years old and had never been to New York, so we thought this would be a special treat for her.  The trip is a bit of a whirlwind. We leave bright and early on Monday morning, do the event on Tuesday, then return on Wednesday.  It's a short trip but we pack a lot into those 3 days. 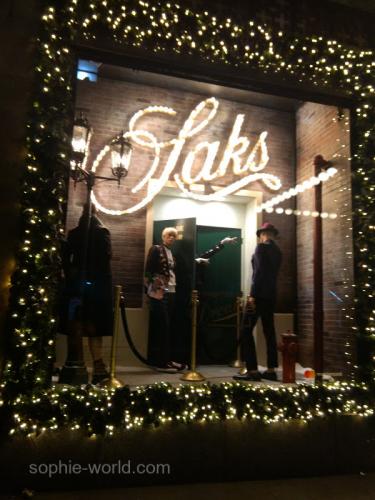 One of our favorite things to do when we arrive on Monday is view the Christmas windows of Fifth Avenue.  Last year we were a tiny bit disappointed with the quality and design. This year, it was as if everyone decided to pull out the stops - the windows were off the hook!  Saks' focus was theatre and showed every aspect from the arrival and seating of the guests to the dressing rooms and backstage antics.  As an old theatre buff this was particularly fun for me. 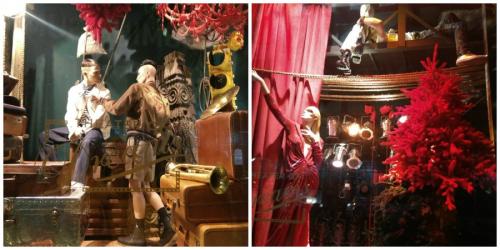 However, the windows at Bergdorf Goodman left me speechless.  This year their theme was "confections" - so everything from hard candies to licorice were covered. 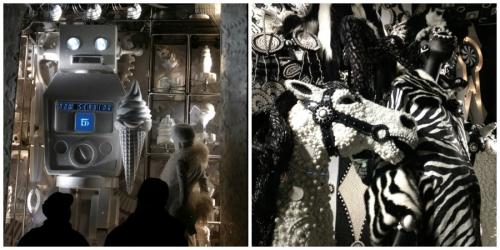 The chocolate and cotton candy windows were amazing. 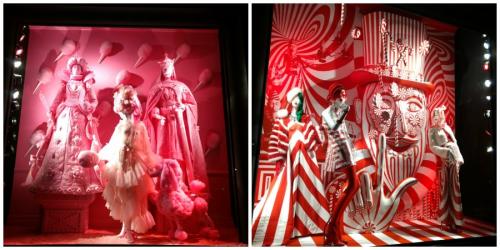 Personally, I thought the gingerbread display, which sported a ten-foot gingerbread bear, took the cake or should I say, cookie. 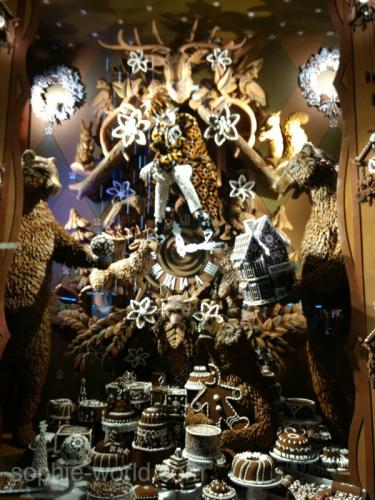 One of our employees is about to have a baby, so we stopped at St. Patrick's Cathedral to light a candle. 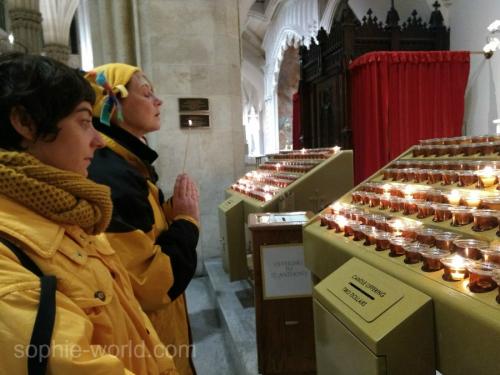 I've actually never been inside the church, even when I lived in New York, so it was a special treat to walk down the aisles and take in the majesty and grandeur. 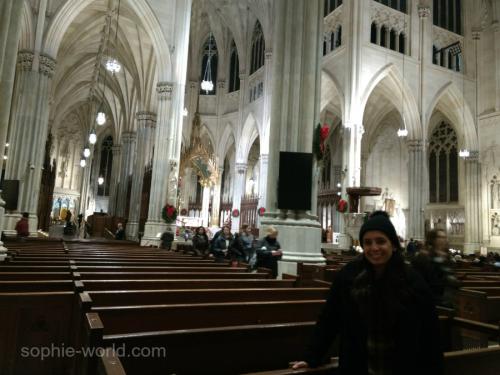 Afterward, we had dinner at PJ Clarke's on Third Avenue.  Established in 1884, it's one of those restaurants that just oozes nostalgia and reminds you just how many red and white checkered tables New Yorkers can cram into a room. 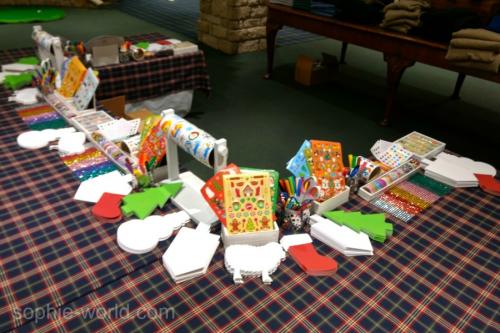 The next day was a blur of activity for Freda and me. We gave Lani the moring off to go shopping, while we got everything set for the party.  We bring all our supplies in suitcases, which means it all has to be unpacked, unwrapped and displayed before we can even take it to the showroom floors.   The folks at Brooks Brothers are kind enough to give us an entire floor where we can prep and stage everything, so it's actually pretty chill.  The event itself goes by in the blink of an eye.  For three hours we make ornaments, cards, and decorate cookies. 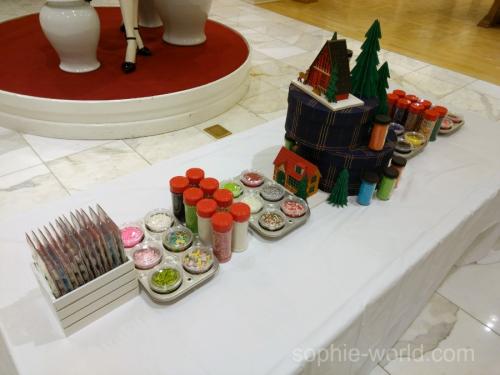 We hardly have time to look up.  Before you know it, the store is closing, and I and my crew are removing our icing stained aprons. 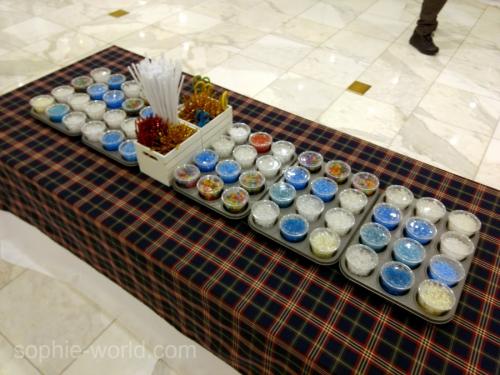 Then it's time to pack everything into the suitcases and head out for a fun late night dinner.

This year we went mediterranean at Pera Brasserie  on Madison Avenue.  Our group of 9 drank and dined on such dishes as octopus, watermelon salad and Halloumi Cheese Croquettes with Eggplant Jam.  The only bummer was that it was late, and even though New York is the city that never sleeps, it was clear that the wait staff wanted to go home.  It was fine though, our New York members all had to work the next day, and we had an early plane to catch.

At the airport Scott was able to upgrade Lani's seat to First Class, so she got the total flight experience.  We also took her to the Alaska Airlines Lounge where she was treated to the ever exciting pancake machine! 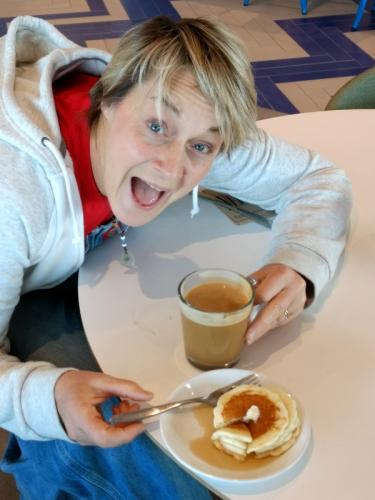 The windows there are angled, so of course I had to check out the view (note - there are an ample number of handprints and smudges at knee level, which leads me to believe that this is a huge past time for children visiting the club). 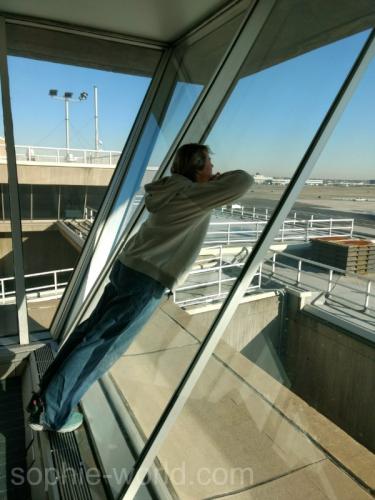 Scott and I both agree that this trip was a good one.  Our team was great, the weather was awesome, the event was stellar, and New York was on it's best behavior. 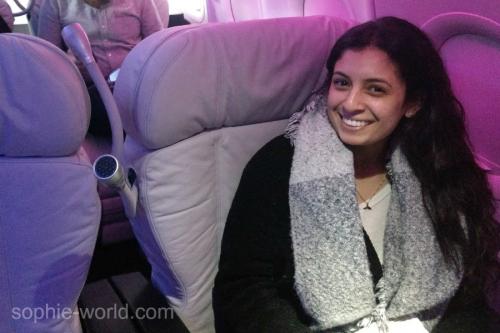 It's been a tough year here in California, we've had fires, storms, crazy clients...so to end 2018 on such a high note was the best gift a party planner could receive.